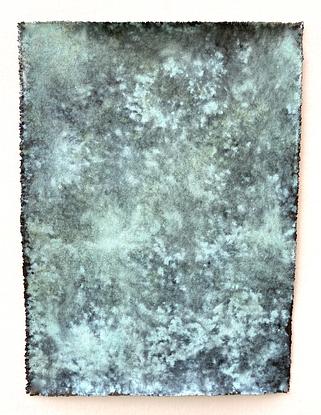 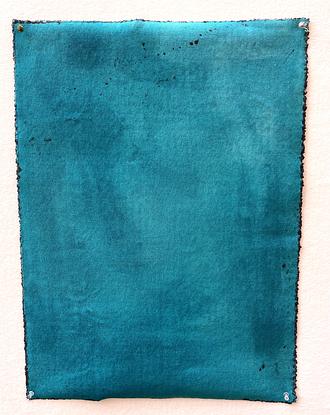 This work is based on observations of the Australian landscape, in particular the geography of Eastern Sydney. This work is an exercise in attentiveness to the atmosphere and materiality of this environment, as well as the agency of the substances used in art making. It is part substrate of vital minerals and part imitation of the processes that formed the land itself.
It reproduces sedimentation as portions of unprimed canvas are placed on the studio floor and worked over a number of weeks on both sides using strategies of applying pigment which do not exert control, but allow freedoms as an open-ended response to my surroundings. It draws particularly from the effect of salt in the air on bronze surfaces, and the patina which appears on coastal architecture and on rocks in the form of lichens and mosses.

Acrylic, bronze and patina on canvas 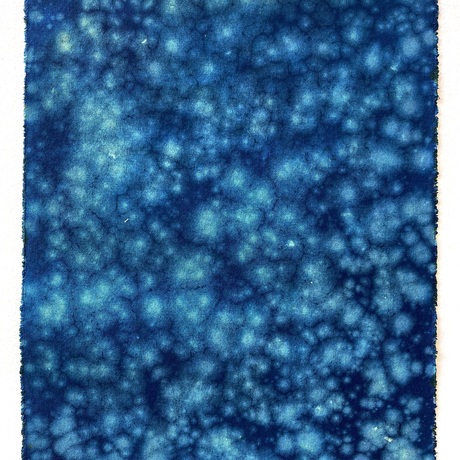 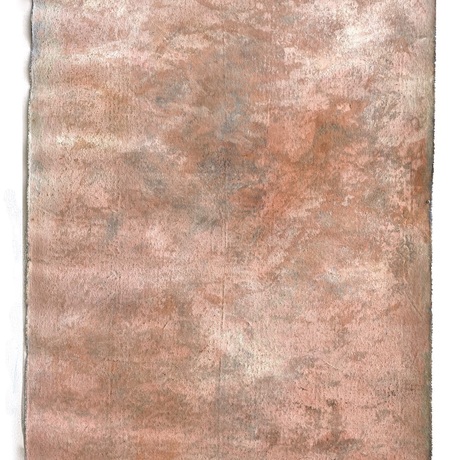 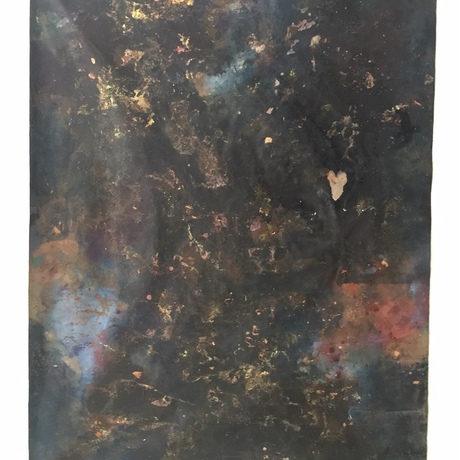 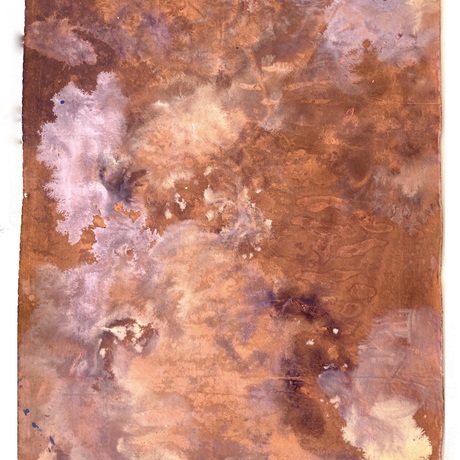