Creating art is an inherited instinct for Ember Fairbairn. She learnt what it meant to be an artist by shadowing her mother, an artist before her. “I just got really inspired,” she explains.

Interestingly, Ember found her life path taking her elsewhere after this initial introduction to the world of art. For a time, she was involved in the wellness industry, while keeping up her own personal art practice. But then she had her first child, and the discipline needed to manage her time really drove her to dedicate herself to her art. “I thought, ok, this is for real, life is short. Let’s get on with it.” “I think it is a real privilege to be an artist,” says Ember.

It was when Ember’s marriage ended and she was simultaneously accepted to exhibit at Agora Gallery in New York that her life completely changed. “It was a really defining moment,” says Ember. Embracing her art practice helped her through the pain of divorce, and to rediscover her passion for painting. For Ember, art became a therapy: “the art that I was making at the time had a lot of water in it, so it was the symbolism of emotion.” 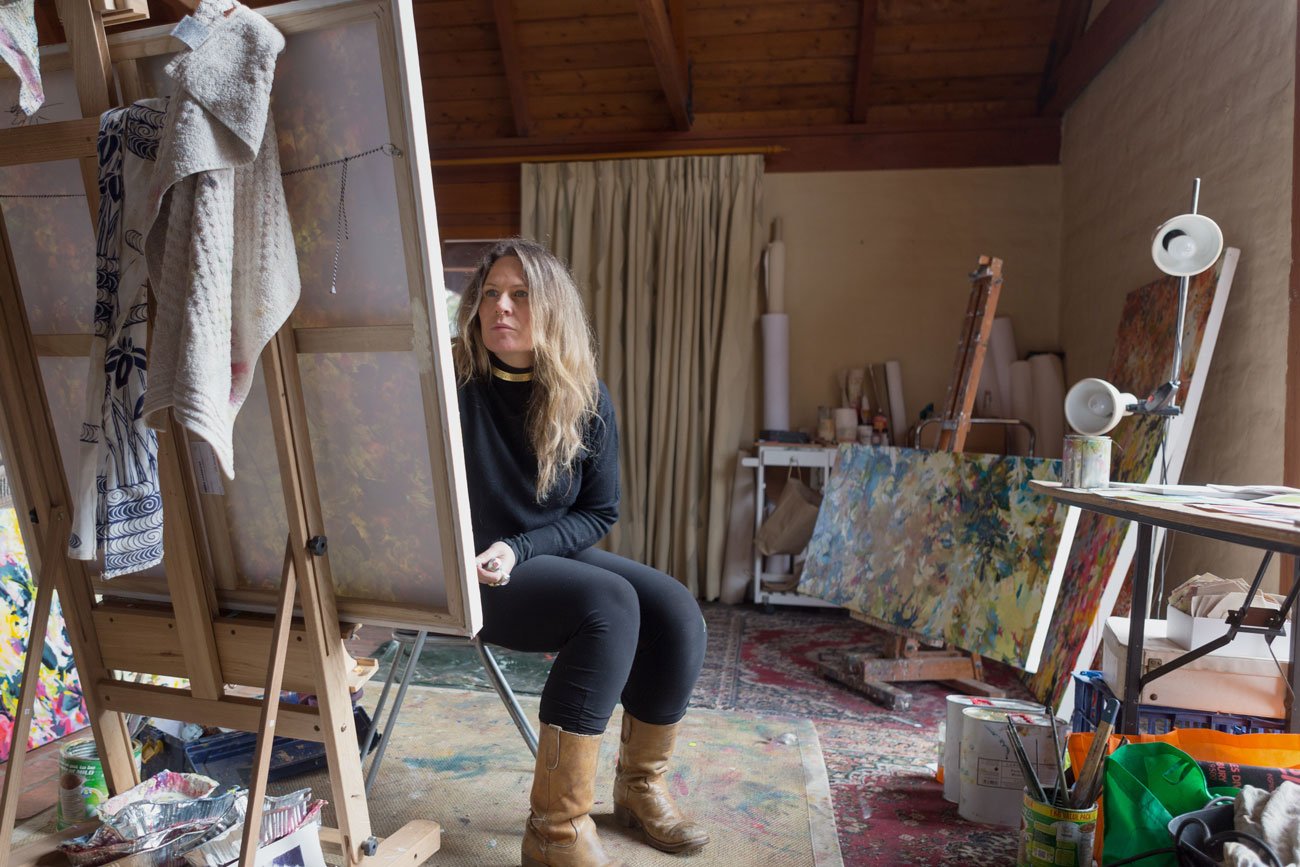 Ember at work in her beautiful old home.

Ember learned to paint with oils early on at the hands of her mother, and tends to preference them over other media. As her work evolves and becomes more experimental, she’s looking to mix things up with inks and other mediums. Ember’s home is nestled amongst the trees.

Ember’s floral explosions are often explorations of our place in nature and our evolution as humans. Ember thinks “we’re at risk of becoming too immersed in that digital world” and her work helps to keep us rooted in our natural surroundings. There’s some irony in the fact that some of her work is created with the help of digital software, however it still embraces her core theme of natural connections. Ember believes that “human beings forget that they are intrinsically creative.”

Usually, Ember exhibits her work a few times a year. However, this year she’s been completing some post-grad study at the VCA, so her work has become more experimental. As a result, she’s less focused on exhibiting, and more focused on exploring new avenues. She hopes to return to encaustic painting, which is a method she has used in the past, and plans to teach it to others too. Ember’s work reminds the veiwer to stay connected with the earth.

Ember “never used to test the waters before [she] did massive pieces”, but lately she has been working smaller to play with colour and texture. As much as she loves larger pieces, she’s really enjoying creating more intimate pieces that invite collectors to get up close to the artwork. Ember is using these small squares of canvas to test colours.

You can see Ember’s work on her Bluethumb profile, and find out more about her in the video below!