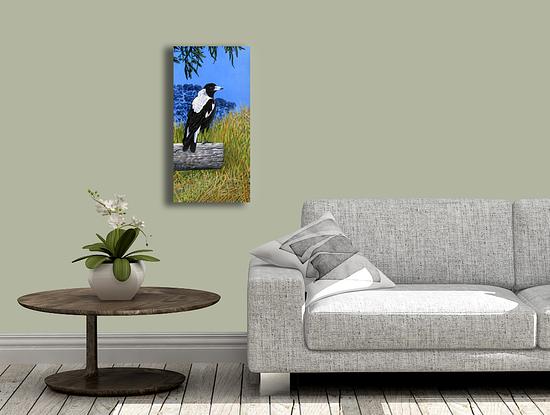 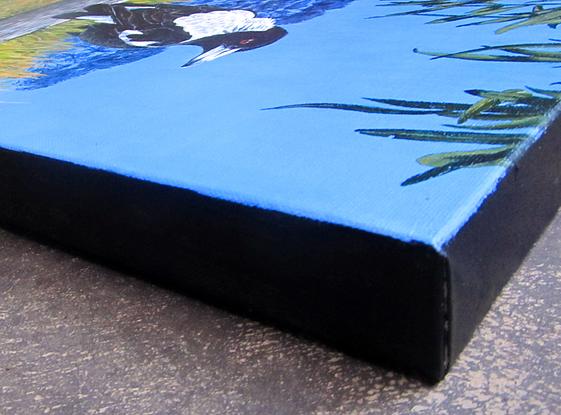 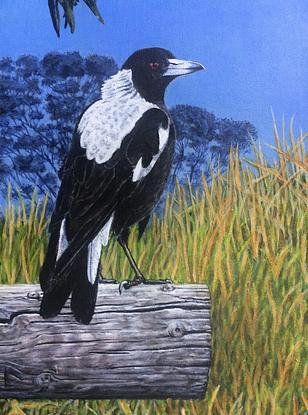 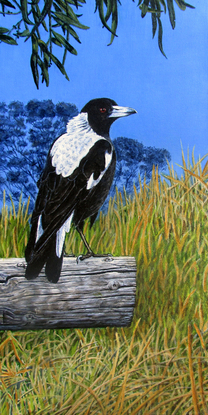 A favourite Australian bird for many, but also one dreaded at times. Certainly their warbling, to many is charming, but again there are many that don't care to be woken in early mornings. Certainly these birds are characters if you care to take the time to watch them, and many tend to have one or many join them in their backyards.
It's fairly easy to photo a magpie on the ground, searching around for some titbit, but in trees they are often less likely to 'pose' in any interesting manner.
I loved this magpie, aware I was nearby, standing it's 'ground' on the end of a park's bumper guard post, and loved the texture in the wood, which I've loved capturing since primary school in my first drawing attempts. And now, just as delighted when I've incorporated it in paintings.
Originally the bank of grasses extended up a bank in the background. But I scrapped that as 'uninteresting', starting by putting in a blue sky. But that was too 'plain'.
I love hanging, dangling gum leaves, so was more than delighted too balance out the toop portion with a lovely array.
Still, it lacked something. I thought of trees - gums, eucalypts, But to do them realistically in much similar tones to the grasses just messed up the balance, again. From somewhere the thought was born to 'silhouette' them - but not a solid silhouette, but a semi/kinda transparent kind - looking 'real' but then not. A bit of 'atmosphere' maybe? I was delighted with the result. It kinda adds an air of mystery. I'm sure the magpie would have approved!

Signed on back and provided with signed COA (certificate of authenticity). Painted black on sides to add dimension - ready-to-hang (wire), but can be framed if desired. 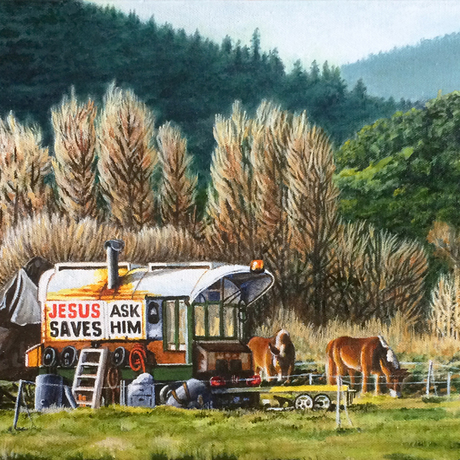 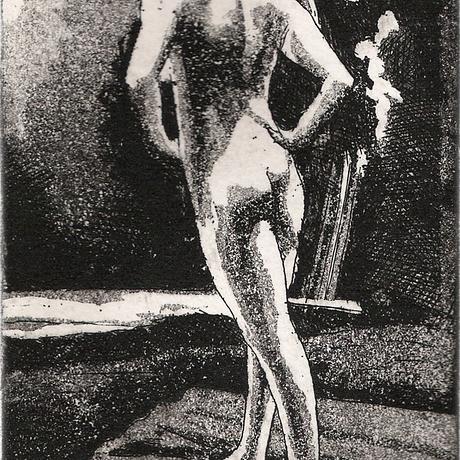 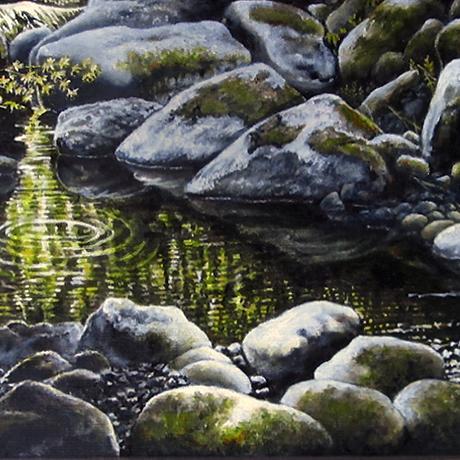 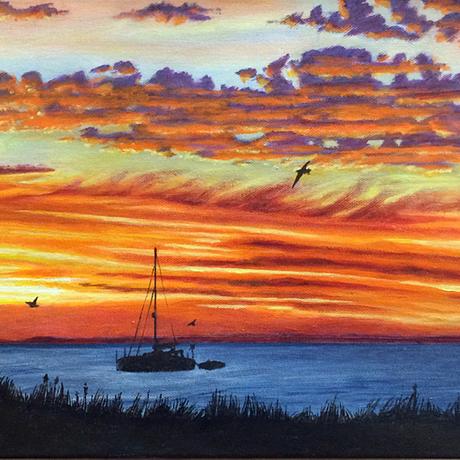