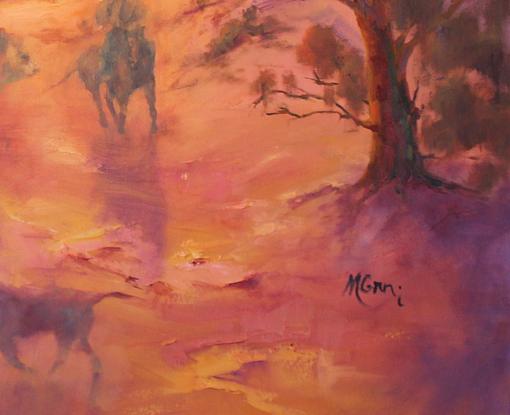 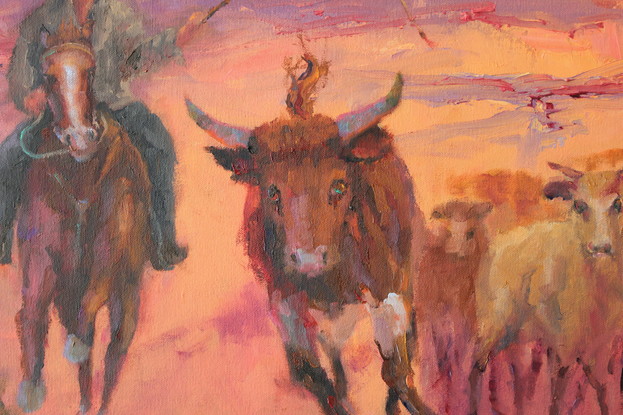 Back in ‘the day’ butchers often went to cut a beast out of someone’s herd then drove it back to their cutting and hanging shed. On this occasion, the herd was being driven down the Barcoo and making moves to settle down at sunset. The butcher’s apprentice had been waiting in the shrub for his chance. He had been charged with bringing back a live carcass and he wasn’t going to let the boss down in case he lost his job. So Jack made a daring dash to cut out one and was spotted by an outrider. The dog barking, the cattle-hand yelling, the beast snorting and red dust flying up all around them – what a scene! Jack did eventually get another beast for the Boss but our Runaway lived to tell an interesting tale.

1895 The Runaway - A STATEMENT AUSTRALIA PAINTING 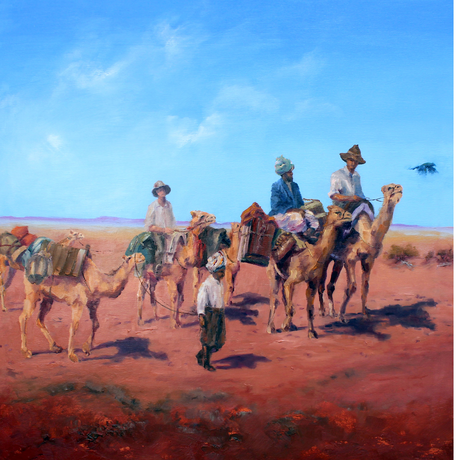 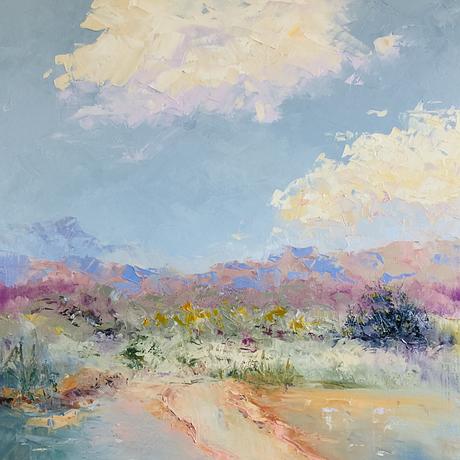