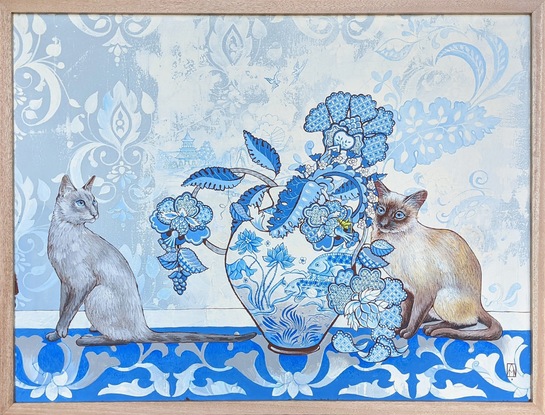 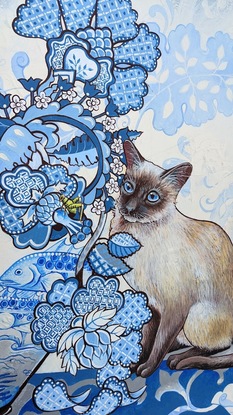 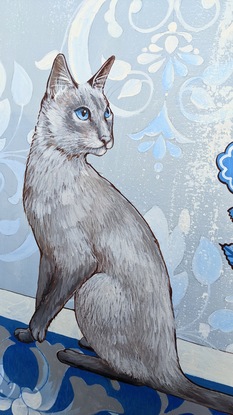 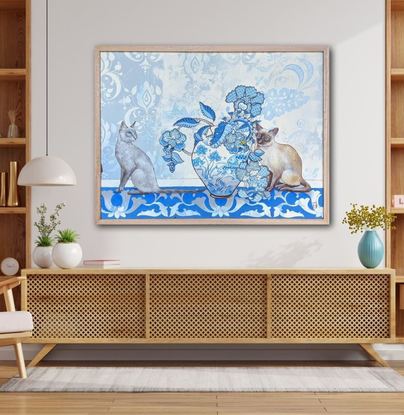 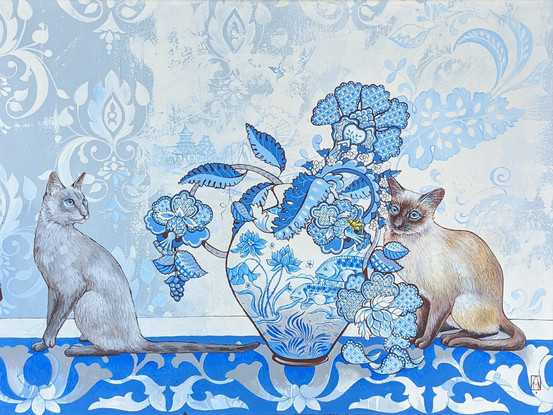 When I was planning my painting Willow and Delft, I was thinking about Staffordshire dog figurines. I've always liked them and their symmetry, facing each other. They were also known as hearth spaniels and were often placed on each end of the mantlepiece. The spaniel was a popular dog as it was associated with royalty - Queen Victoria had a spaniel called Dash. Although the mantlepiece thing was a British phenomenon, I can't help think of the so-called Foo Dogs of Chinese origin. Guardians protecting the home (or temple in the Chinese case). Following that theme, Siamese cats are known to be good 'watchdogs' too.

When I was a child, we had a Siamese called Chula. She was brave and confident. She would escort outside dogs along the fenceline, and she would let people in the house but would threaten them if they tried to leave! 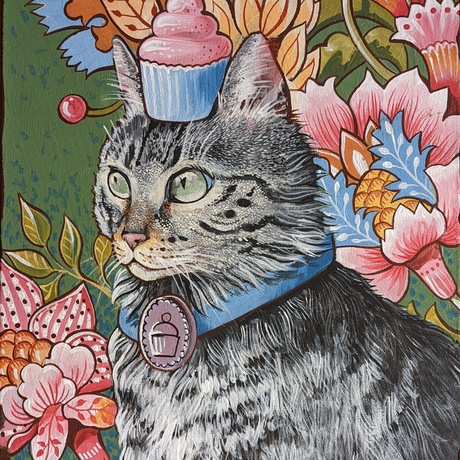 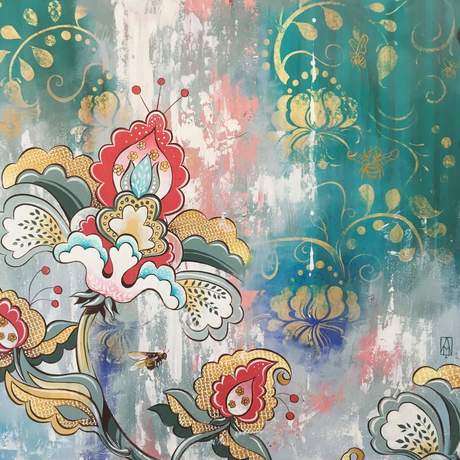