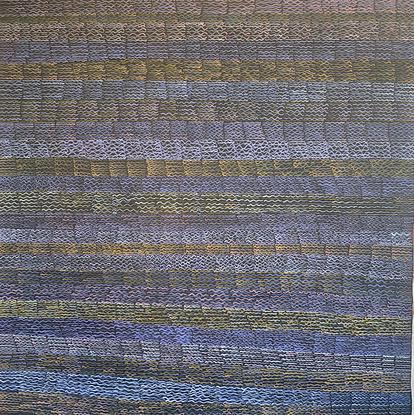 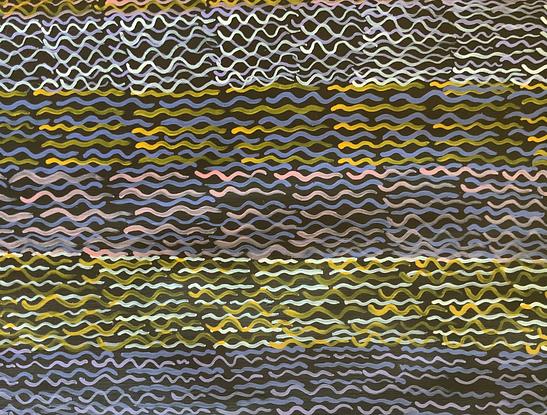 This painting is inspired by the strips of merrepen (sand palm) made by the weaving artists of Peppimenarti when making their string bags.

Miriam was born in the late 1970’s and is originally from an outstation called Nimalak, not far from Peppimenarti. She, and her husband Thomas, moved here to raise their family; of five children. Her eldest son now lives in Maningrida, in Arnhem Land, and has one child, while her four other children remain in Peppimenarti.

Before painting for Durrmu Arts, Miriam worked with Merrepen Arts in Daly River.