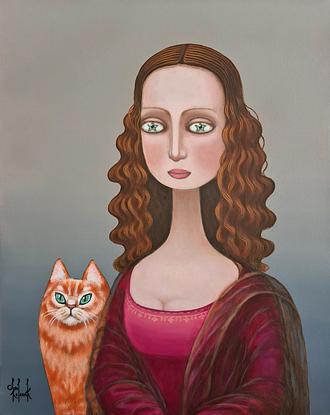 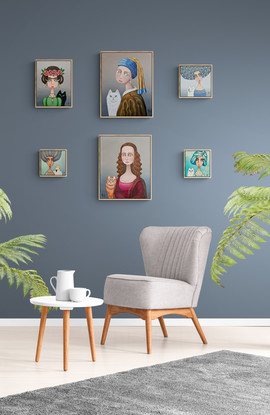 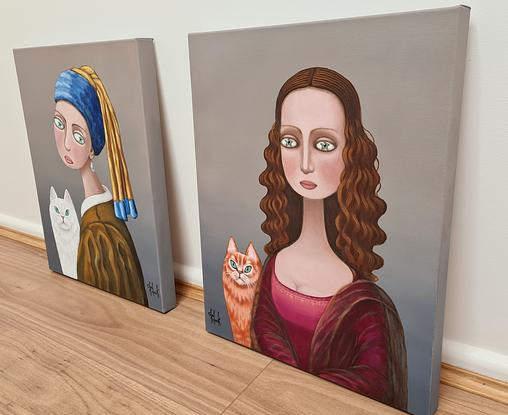 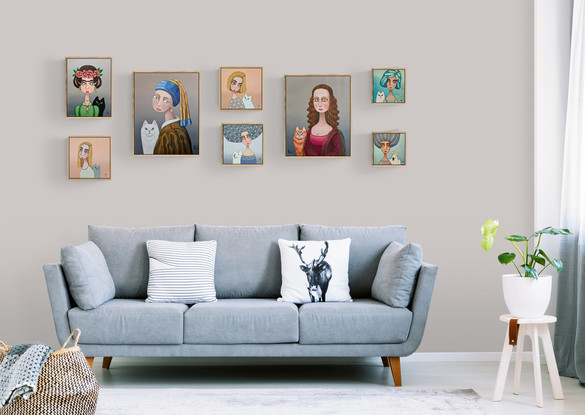 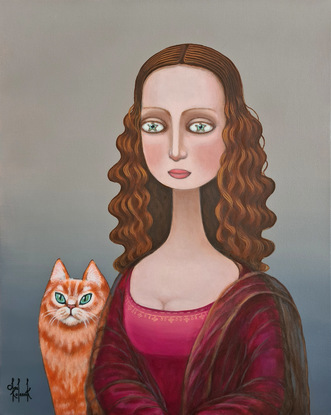 A surrealistic portrait of young Lisa with Leo the cat as her guardian. This original painting is from the Little Guardians Series.
Don’t worry, ginger Leo The Cat! Your Lisa will do just fine. She will marry a wealthy silk merchant and become La Gioconda (‘happy’ or ‘the joyful one’ in Italian). The famous Leonardo Da Vinci will paint her portrait, but she will never see it finished. According to my interpretation of events, Leonardo, being a very busy man, will not be able to finish the portrait commission on time. He will do so later. The artist will love the painting so much, it will be hanged in his bedroom. After his death a French king will bring it to Paris. Then after the French revolution Lisa’s portrait will be displayed in the best museum there, The Louvre.
Ever dreamt about owing original Mona Lisa? The Da Vinci’s Mona Lisa was assessed at $100 million on December 14, 1962. Today, in 2021, the Mona Lisa is believed to be worth more than $867 million, taking into account inflation. The good and bad news is that it’s never going to be sold, so, we will never know the real price tag on the Da Vinci’s Mona Lisa. The Young Mona Lisa is the closest you can get to your dream.
Do you believe in guardian angels?
According to religious views guardian angels serve to protect and advise whichever person God assigns them to. They are spirits, that can take any physical form they want for a short period of time in order to accomplish the task they are given.
I wonder if YOU could choose a physical form for your guardian angels, who would you pick to protect and defend you? Would you go for a pet, cat, bird, dog or any other animal? These believes aren’t Biblical, of cause, but millions of people truly view animals as their protectors, companions and confidants, as “the guardian angels” in a non-Biblical way.
Acrylic paints, edges painted and varnished. Signed on the front with a full signature: Olga Kolesnik. 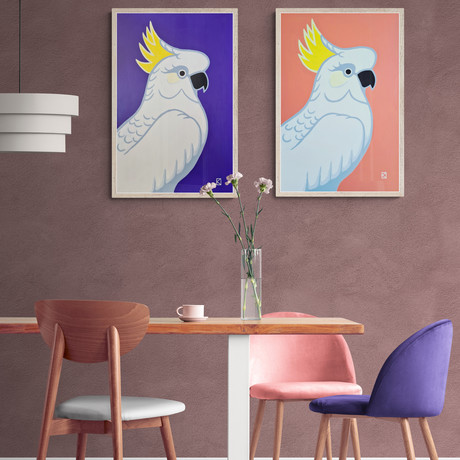