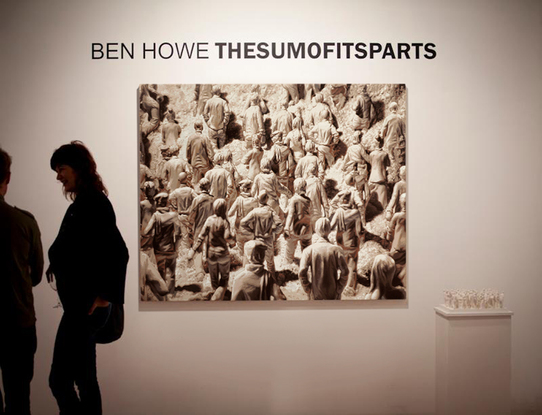 In order to create these works, Ben simulated a crowd by making a series of tiny sculptures to convey the idea and feeling of an assembly, without any attachment to an actual event.
After researching the most effective ways to depict a common figure, seven archetypes were designed, from which approximately 200 casts of the figures were made.
Stripped of any intimate character, the figures serve the purpose of icons or avatars: truncated representations of a whole, into which it is easy to project a notion of the self.
The dioramas were photographed and rendered in paint, using a technique that appears photographic from a distance, yet becomes more abstracted and painterly with proximity. Repetition, miniaturization, and fluctuations between representation and abstraction were used to activate links between the body, movement and memory. 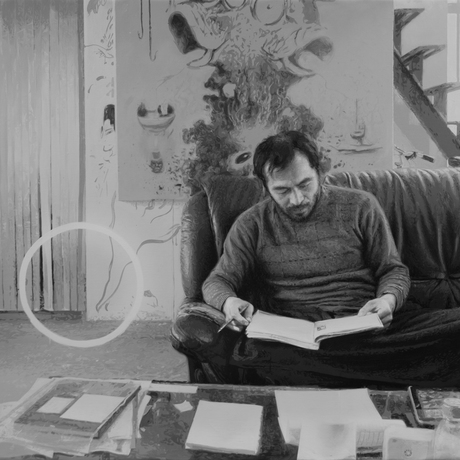 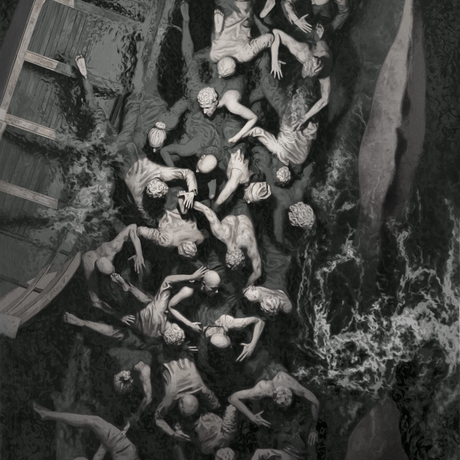 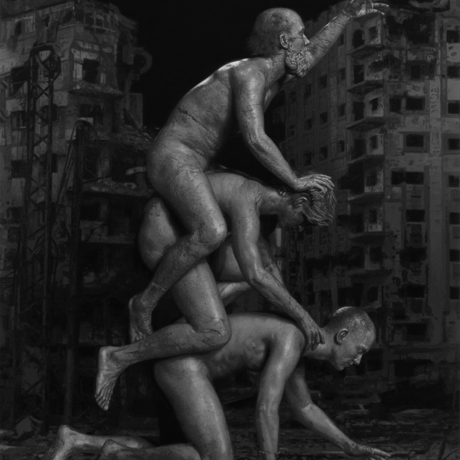