It’s the beginning of the new year – we’ve all got diaries to fill and resolutions to realise, so what better way to “get out there”, “seize the day” and “slow down and smell the roses” than by exploring four of Australia’s most exciting current art prizes? The best part is that we’ve done all the hard work for you, so get out that new moleskin and start jotting down some dates!

Since its inception in 2001, the highly prestigious Bankwest Art Prize has celebrated Western Australian artists in particular. In 2014 the prize began to showcase sculpture art, and will do so once again in 2017. Curator Sandra Murray said of the transition to three dimensional art: “We’re thrilled about this. There is currently no other art prize of such value that is committed solely to sculpture and is open specifically to artists across Western Australia.”

The $30,000 prize this year was awarded to Tarryn Gill, for her work Guardian Totem (with Toad). There is also a people’s choice award, yet to be decided, and voting will place you in the running to win your very own prize of $500 Bankwest Transaction Accounts. If you’re not near the gallery, the collection can be viewed online here. 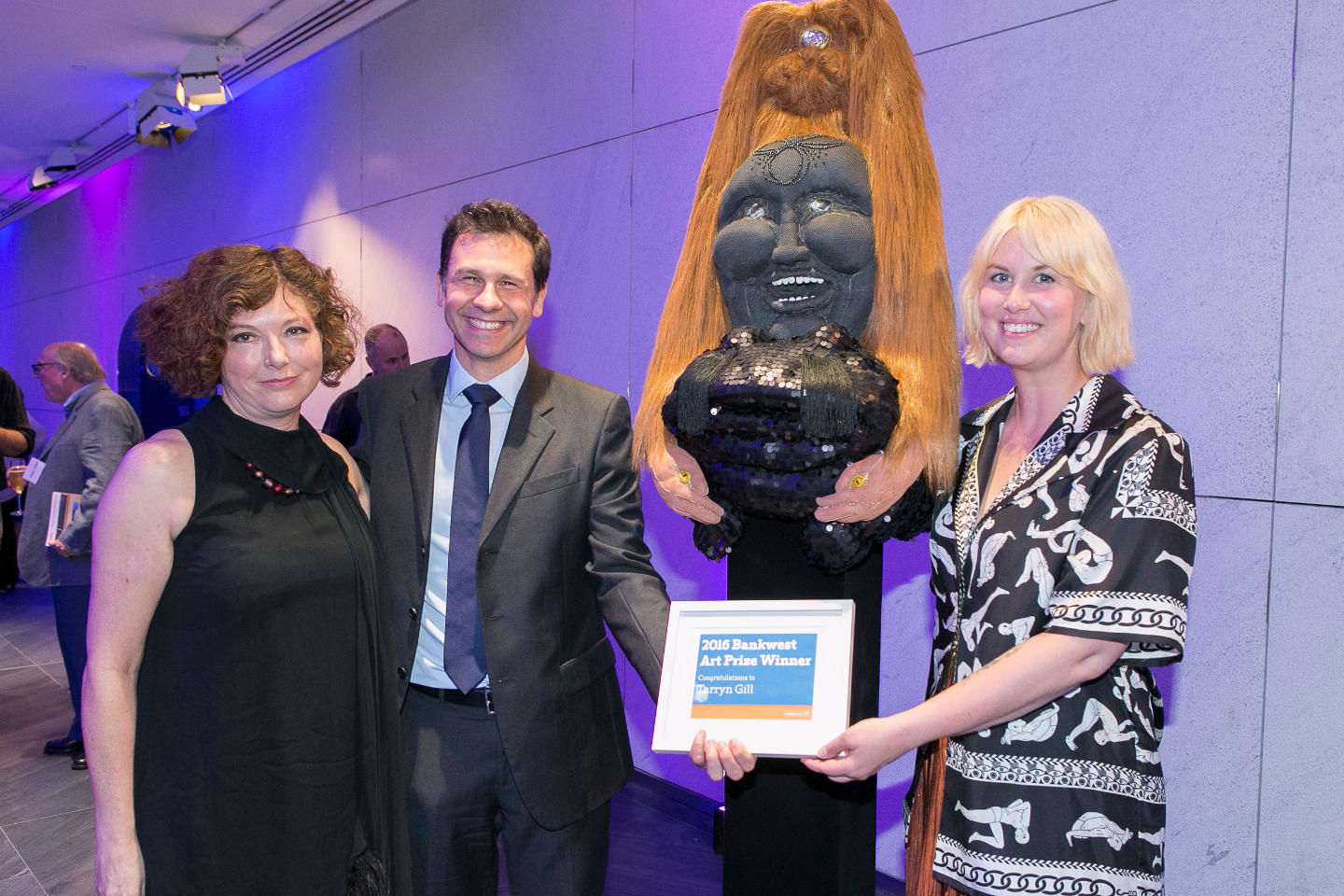 The Tidal prize is part of a festival held every two years, and is unique in its environmental focus. At a time when looking after the environment is crucial, the Tidal art prize encourages artists to explore issues related to the seas, rivers and coastal regions. The theme came about as a modern take on the more traditional category of ‘maritime art’, allowing for broader and more conceptual possibilities of interpretation while remaining relevant to Devonport’s coastal location.

The prize welcomes artists from all stages of their careers. Director of the Devonport Regional Gallery, Ellie Ray, notes that “while some artists may already be creating work that engages with ‘tidal’ concepts, others see it as a way of pushing the boundaries of their practice”. The prize recipient this year was Julie Fragar, for her work Antonio departs Flores on the Whaling Tide, a multilayered painting inspired by her ancestor Antonio, who ventured onto a whaling ship in 1850 when he was 12 to leave Portugal, arriving in Australia 6 years later. The student-oriented Mary & Lou Senini Award was established in 1998 by arts educators Mary & Lou Senini, who felt that students were being largely ignored by major grants and competitions. As Lou wrote in 2008, “Students… are the very basis of our future cultural environment. In a sense our levels of culture are only as good as the esteem in which students are held. Hopefully we have started a new consciousness with the McClelland Award.”

The prize offers students the opportunity to exhibit their work in a gallery viewed by large and diverse audiences, as well as an insight into the processes of art institutions. This year the prize is focussing on textiles, one out of four disciplines that are cycled through each year (the others being sculpture, painting/printmaking and ceramics). Five finalists have been selected to exhibit their work, and this year the prize was awarded to Hannah Gartside for her works Desire Quilt 2015 and Bloated Quilt Square 2015. Finally, here at bluethumb we’re getting more and more excited to hold our very own art prize exhibition. The bluethumb Art Prize is a continuation of our mission to connect artists with art lovers and celebrate the amazing selection of art that we have on the site. Even with the help of our eclectic judging panel, however, whittling the selection down to 34 pieces certainly wasn’t easy!

The prize is non-acquisitive, and the winner will take home $10,000. We can’t wait to reveal who that winner is on opening night, however, as emerging star and bluethumb finalist Kim Leutwyler said, “Although there can only be one winner, I’m certain that many artists will benefit monetarily from the Prize by selling pieces to bluethumb’s collector base.” Hope to see you there! 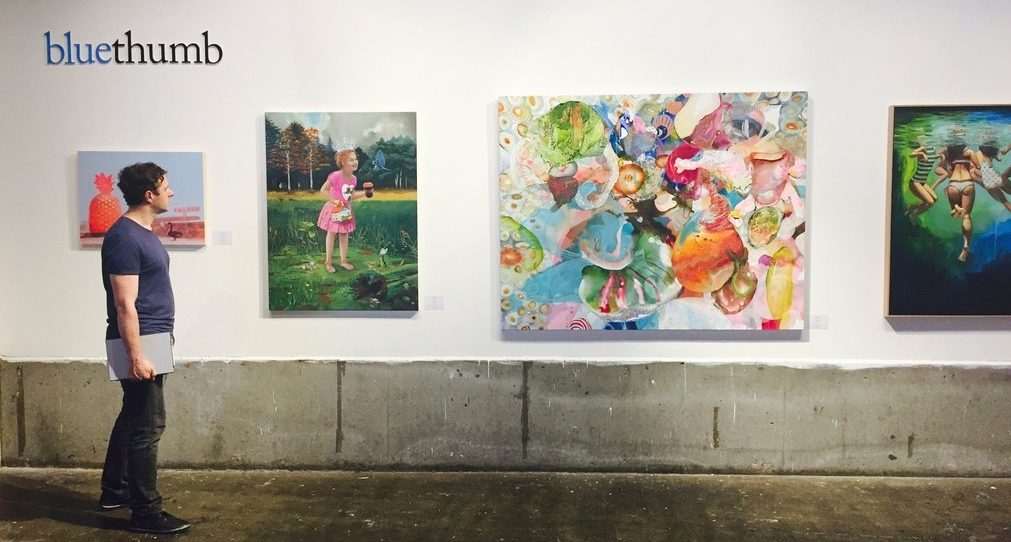