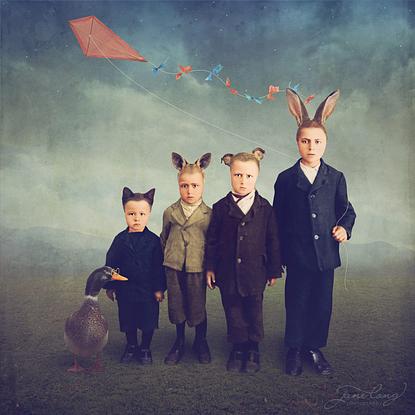 The Dancing with Costică series initially came about when I decided to brush up on my retouching skills. After finding the Costică Acsinte Archive on Flickr I became fascinated with the images and their subjects. I wanted to bring them to life. But more than that I wanted to give them a story.
I wanted there to be some ambiguity about the images. Things that are almost real or not quite right. That’s why I like to place them in a slightly surreal context. But I think it should be up to the viewer to determine if the characters in my images are good or bad, light or dark.  I will probably never know the real stories of these people but in my mind they became characters in tales of my own invention…star crossed lovers, a girl waiting for her lover to come home, boys sharing a fantasy, innocent children with a little hint of something dark.
This is in many ways a collaboration, albeit one with a photographer I have never met (and never will) and the man who has taken it upon himself to conserve the archive. It is through the work of Cezar Popescu in restoring and digitizing these images that I am able to draw on such a rich source of inspiration in Costică Ascinte’s work.
Watermark does not appear on printed image.

Dancing with Costica - The Whimsy Brothers 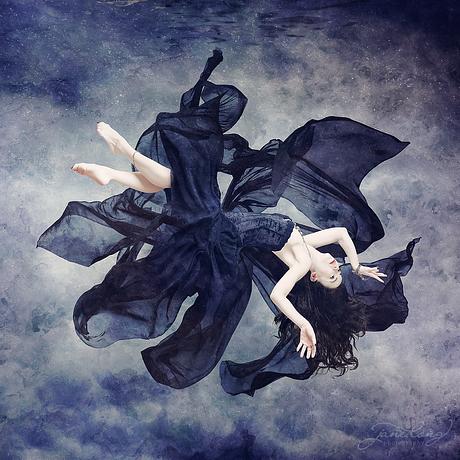 Artwork: Dancing with Costica - The Whimsy Brothers Ed. 5 of 20