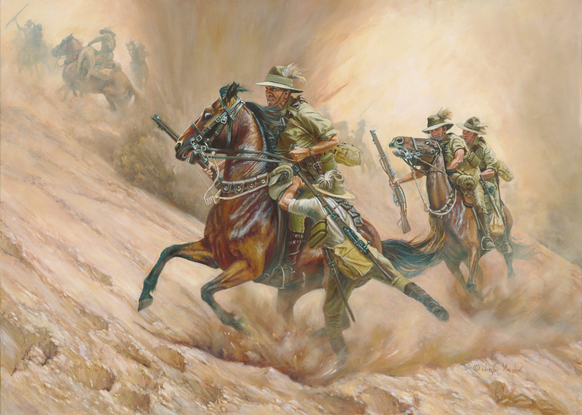 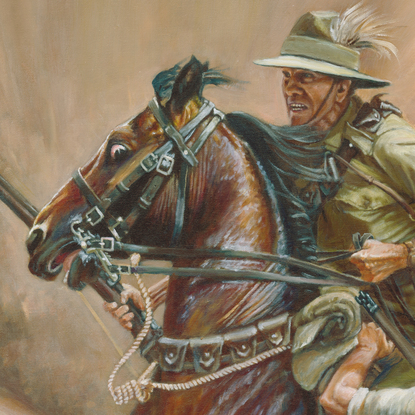 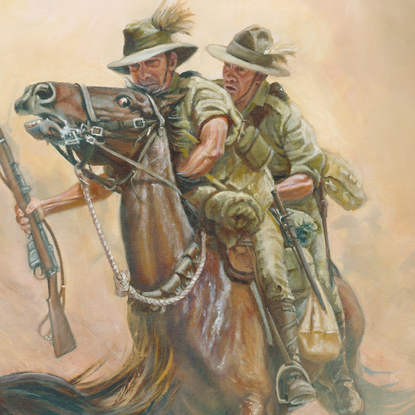 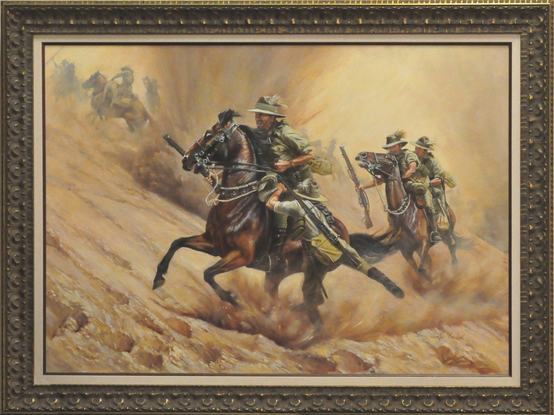 This painting was inspired by accounts of the extraordinary mateship, courage and endurance of the Australian Light Horse during the Battle of Romani in the Sinai Desert between 3rd and 5th of August 1916. A massive Turkish force, preparing for a second attack on the Suez Canal were advancing on Romani, a crucial group of oasis amid a great waste of sand-dunes 35 km east of the canal.

Overwhelmingly outnumbered by the attacking Turkish forces the Light Horsemen were forced to fall back. The retreat was unable to be concealed from the Turks who attacked with renewed zeal shouting ‘Allah, Allah ...finish Australia”. As the horse handlers came forward for the Light Horsemen to remount and retreat, the Turks were upon them, many horses floundered in the loose sand, and in the confusion many Light Horsemen became unhorsed.
However their comrades, heedless of the danger to themselves galloped back to rescue them and retreated to the top of the next gigantic sand dune to form another defensive line. The battle continued for 2 days until the Turkish attack collapsed and they retreated.

The Battle of Romani finally put a stop to the Turkish threat to the Suez Canal and marked the beginning of the British forces' drive out of Egypt and into Palestine.

Frame d with a triple frame to enhance the subject. A very narrow, dark brown inner slip that matches the horse; a narrow, neutral central frame that matches the sand; a deep, broad, elaborate traditional frame which is antique gold over black which gives a khaki effect that matches the uniforms. The embossed design features shapes like hoof-prints in the sand which matches the painting.

This painting featured
*on the front cover of "HISTORY of WAR Britain's Best Military History Magazine" and p4, and p26/27, Issue 50,
*and headed a 12 page feature article by Lyn Raff "Far From Ordinary the art of Jennifer Marshall" in ART HORSE Magazine Issue 12 (a US magazine)

Oil on Canvas mounted on board 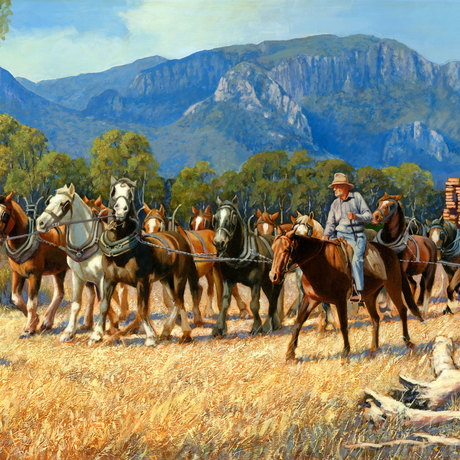 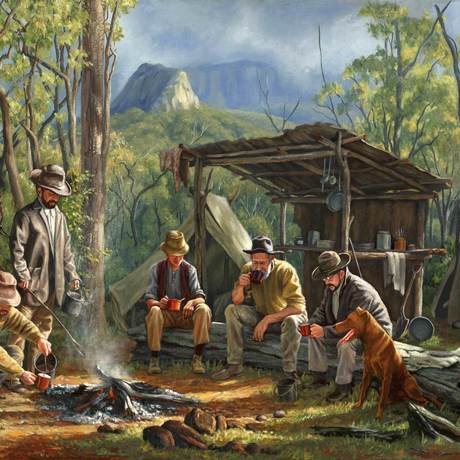 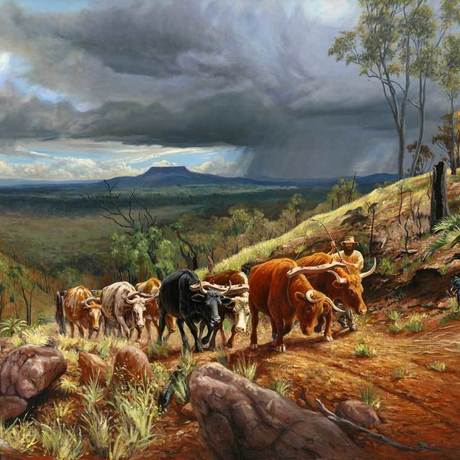 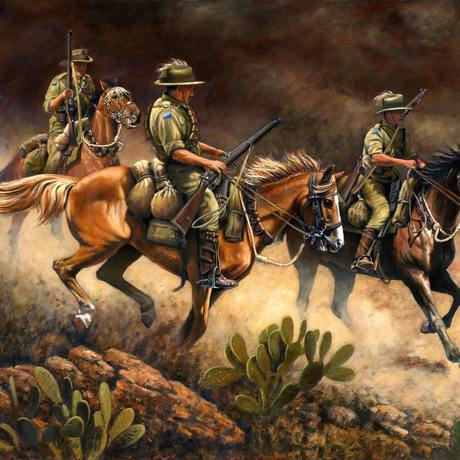