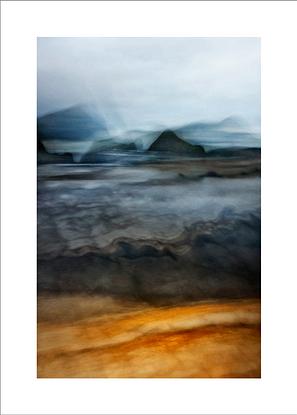 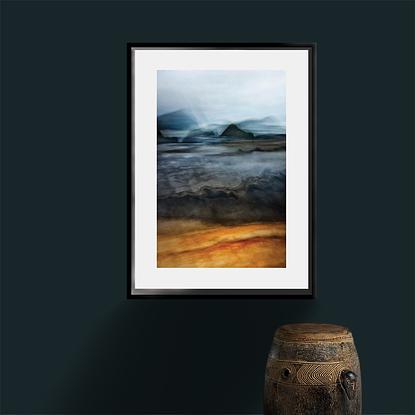 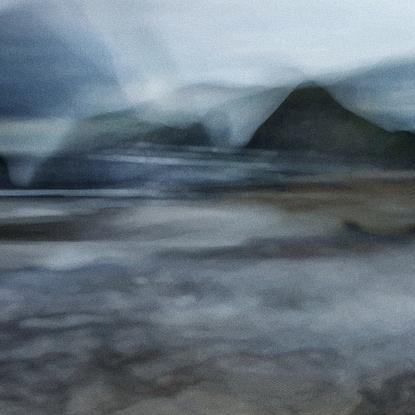 Signed and numbered on the front.

My ethereal ‘LIGHTSCAPES’ have emerged through challenging perceived rules and constraints within photography. A wonderful sense of release has enabled me to embrace the freedom of movement within - an experience of 'painting' with the camera rather than documenting a scene with emphasis on technical precision.

This single image capture was conceived on location resulting in a painterly illusion, often likened to a watercolour. My love for the natural environs is reflected in the appearance of semi translucent layers of motion, a sense of poetry without words, revealing hidden subtle colours and evoking a response of innermost feelings, rather than simply what the eye can see.

I do not set out to document the landscape, rather I wander, stumble, listen and pause, contemplating my own existence as I gradually immerse myself deeper and deeper. Forms, textures and patterns start to interplay with moments of fleeting light and through this experience an intimate dialogue develops.

Reconnecting to my youth and my country of birth, WHATIPU 1 represents the emergence of a new series of works. Dark as night sands hold an allure like liquid black opal and the wild west coast wind blasts over the surface of shallow streams forming rhythmic peaks that dance wild...fierce gales sculpt the rugged cliffs... highly conscious of where I stood present, the forces of nature became instruments in an imaginary movie score accompanying my 'Choreography of Light + Movement'.

This art work is so 'multi layered' its story deserves to be shared.
Wandering this striking beach I came across a rather unusual and intriguing pattern with rich colours set against the pitch black sands. Uncertain what it could be I could however feel something unique unfolding. As the light was becoming dimmer I was aware I had little time to hesitate. I started to explore the relationship between the elements of the pattern, the awareness of where I stood present, whilst appreciating the dramatic backdrop as the sun was disappearing rapidly behind the rocky form of Paratutai Island. This moment demanded my strength from and resistance to the fierce winds that challenged my moves as I choreographed the painterly capture of my image.

That evening as I shared my story with a local resident, I learned that I had ‘imprinted' the oils of a young Orca (Killer Whale) into an iconic scene of the west coast New Zealand, forever to be preserved. This young male had recently passed away at sea and through an act of nature had found its resting place here at Whatipu.

The resulting art work honours this magnificently powerful and beautiful creature of our seas - and whose life story will remain forever a mystery. 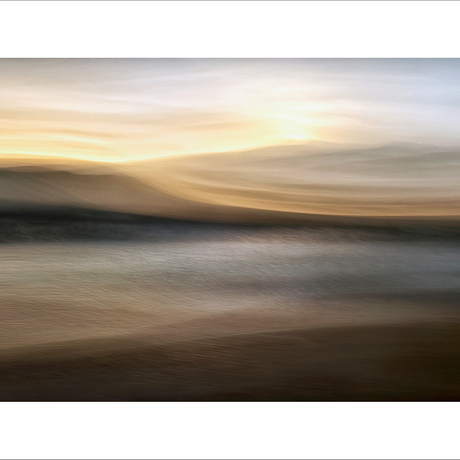 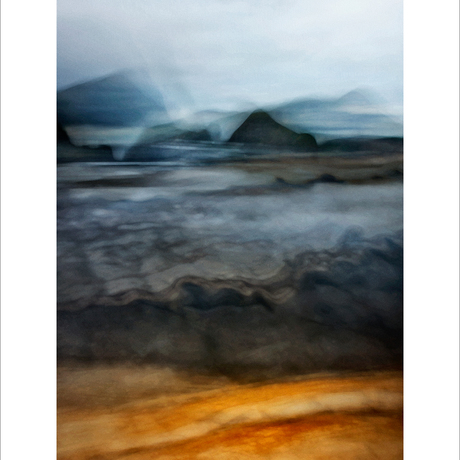 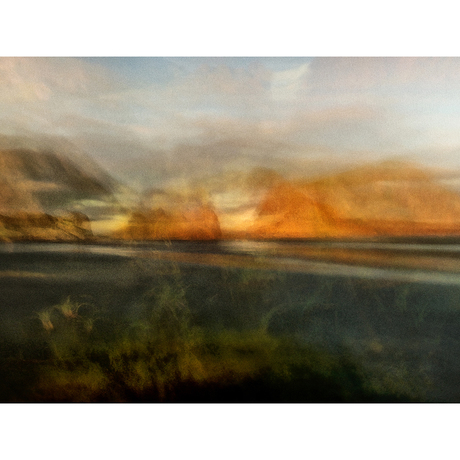