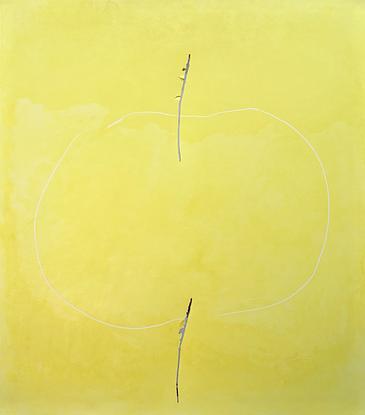 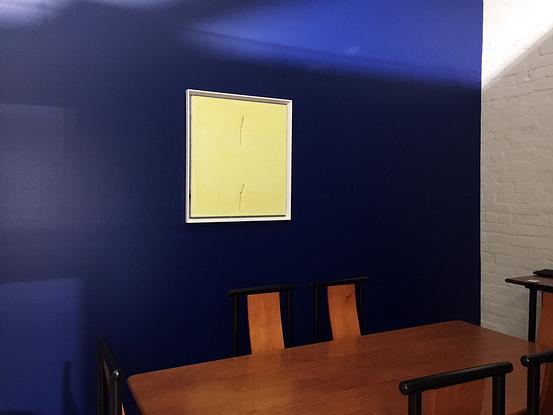 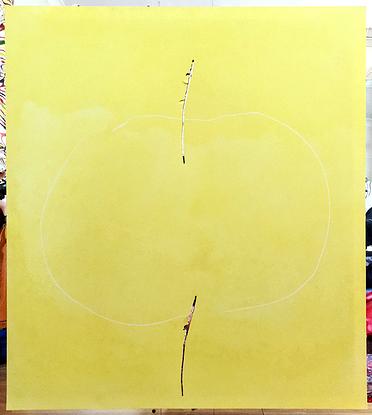 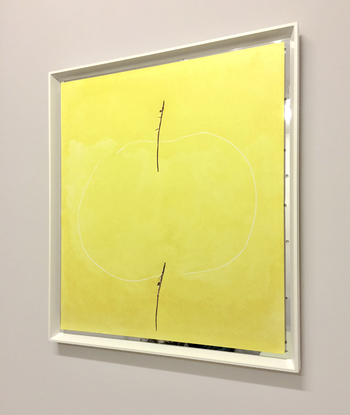 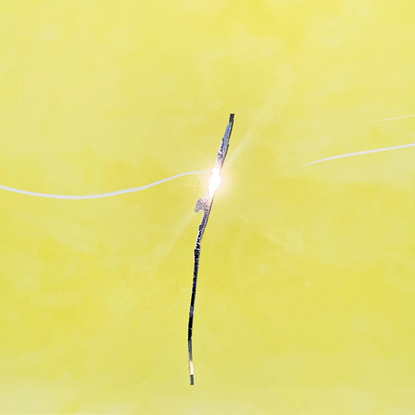 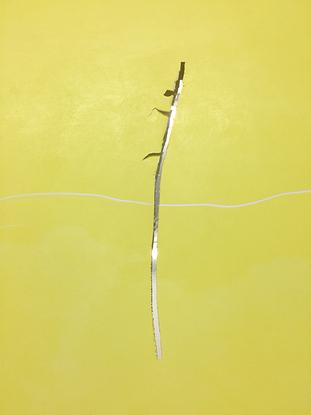 Oil on plastic, ready to hang.

In the 1950s and 1960s, Lucio Fontana gave us a new and radical concept of space. His gestural expressions of ’buchi and tagli’ (holes and cuts) called for a new art form that reflected and responded to the present-day’s understanding of space and time. Especially with his sharp edge cutting of the canvas, he was able to show you can extend the 2D object into a 3D conceptual one. His work created an image through the direct engagement of both the canvas’s physical properties and the space existing around it. At no stage did he call this painting. It was a ‘spatial concept’ with the objective of forcing us to think about the role of the surrounding space.

Building upon Fontana’s idea however, rather than just exposing the flat surface, I’m also ‘tying’ us to it by using a curved structure to create the mark-making event. One expression, when observed by us on the flat surface, appears to be two marks. Yet it is in fact one expression which happens to be intimately related because it is a multiple of itself. Something akin to the square root of a number in mathematics. Where the expanded calculations lying underneath is equivalent to the numbered value. Likewise, in visual terms the ‘marks’ created are an inseparable configuration of the one expression.

Whether the observer instantly recognises the intimate relationship of this expression is of no consequence. It shows the human bias about reality is the real problem.

Oil paint on JPP Synthetic, 905 gsm. Floating on silver acrylic-mirror strips and adhered to a 3mm back panel with 12mm spacers.

Square Root of an Expression 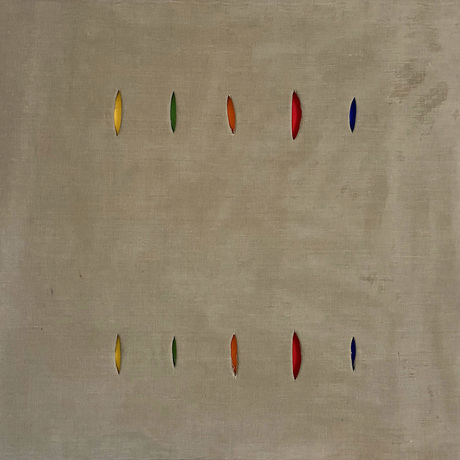 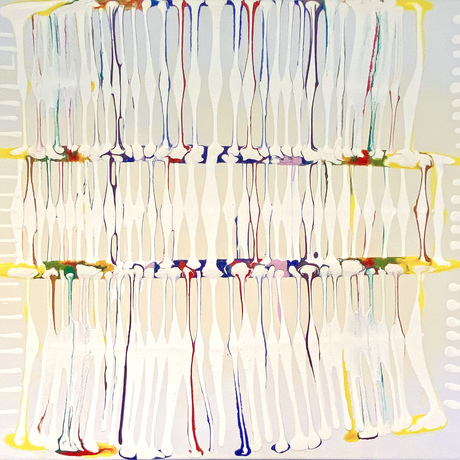 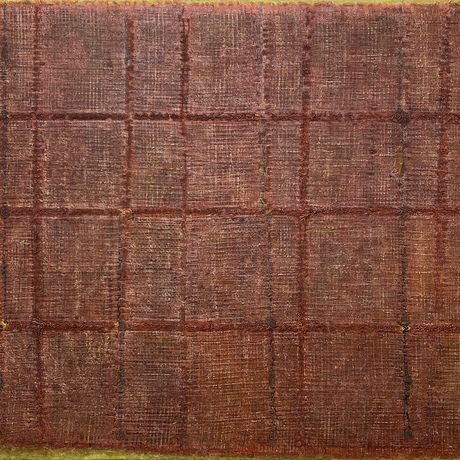 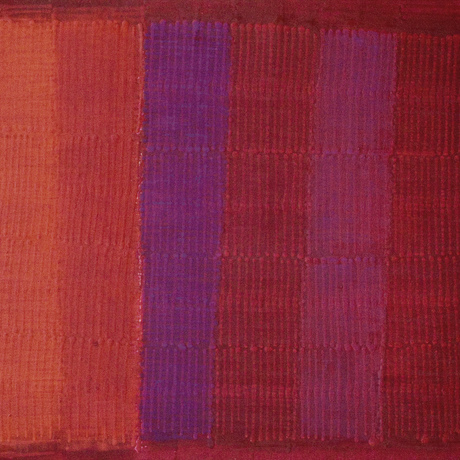 Artwork: Square Root of an Expression