This work is from my Two Sicilies series, which blends narratives from two eras of tourism that I find fascinating - the Grand Tour and early Australian amusement parks. The idea first came to me when I learned that Sydney’s Bronte beach was not named after the Bronte sisters but after Lord Nelson who was made Duke of Bronte in Sicily, in gratitude for his aid against Napoleon’s forces.

In the Grand Tour, English nobility would swan around Europe looking at, amongst other things, the uncovering of ancient ruins. Often the uncovering was purely performative - the same site would be ‘discovered’ and then reburied to be discovered for the next tour group. In Australia, tourism was more about burial than excavation - amusement parks like Wonderland would bury the landscape under kitsch facsimiles of other colonised nations.

Two Sicilies is a series of paintings and that combines these stories into a narrative of excessive fantasy. What does a privileged audience expect when a destination is made to perform for them? How far does that destination go to pander to the expectations of visitors, to create an ‘authentic’ experience?

oil and graphite on birch panel 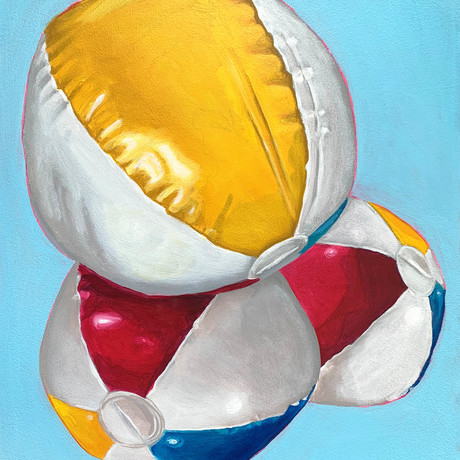 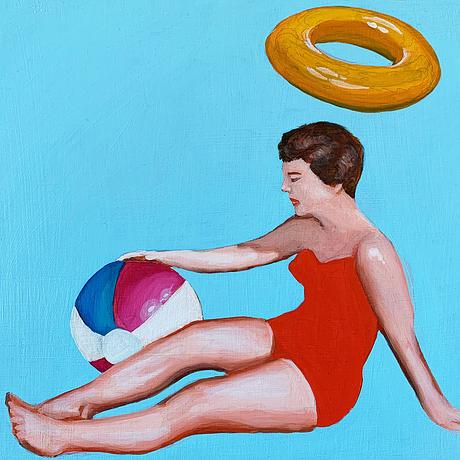