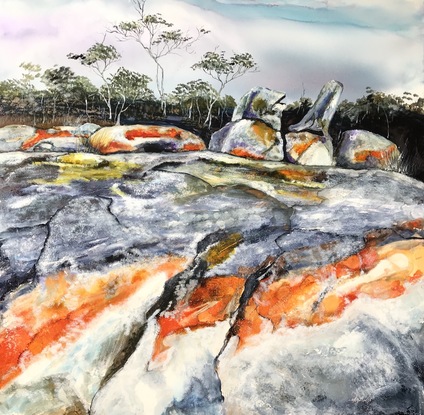 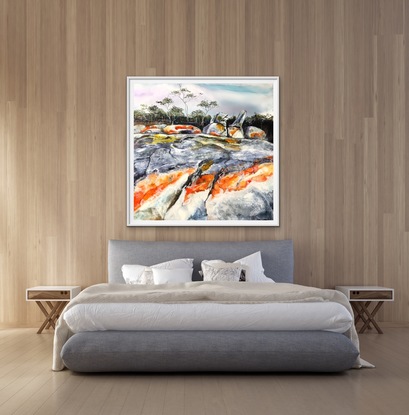 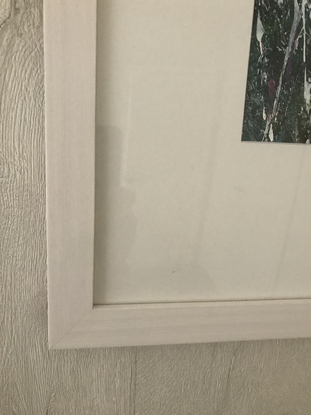 Other Media on wood, ready to hang.

Tangerine Fires.
When I first saw The Bay of Fires on Tassies NE coast, I thought the area was so named due to the splashes of Orange lichen which, in contrast with the turquoise water was breathtaking.
It was actually named so due to the many Aboriginal fires seen on its shores in 1773 by Captain Tobias Furneaux.
No wonder it is one of the worlds hottest travel destinations.

Inks on board. Framed in a light beech frame and wide white matt. 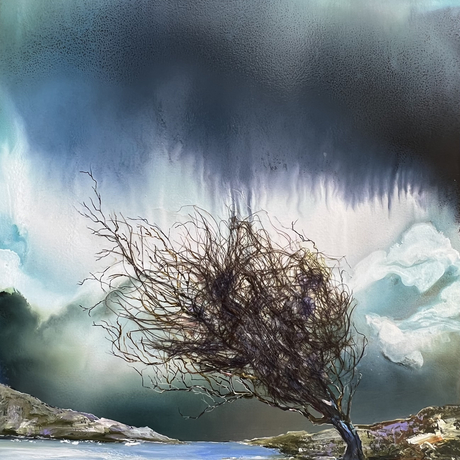 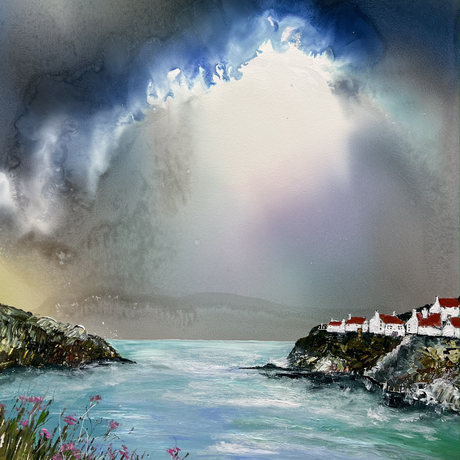 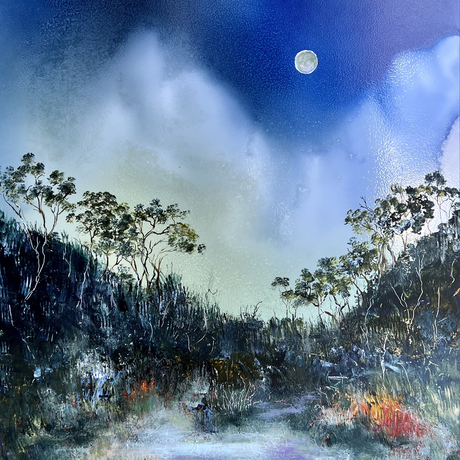