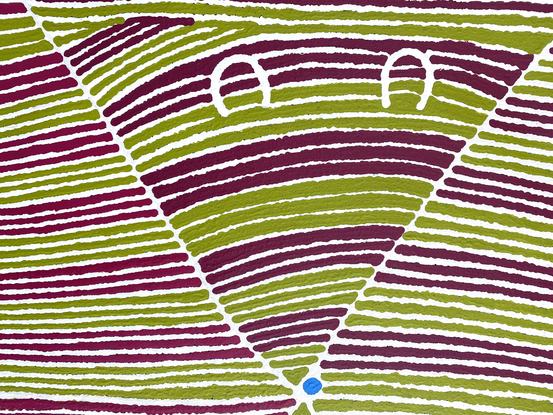 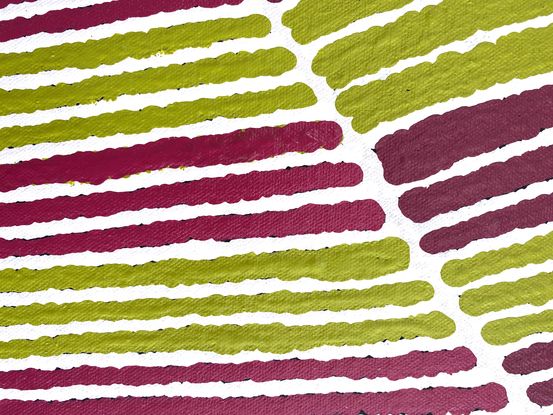 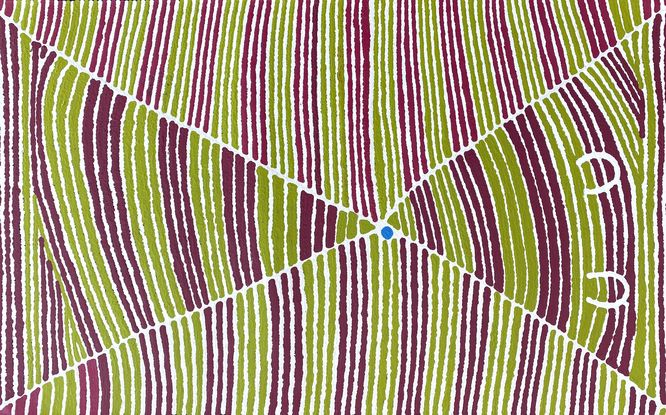 Miriam paints tjukurrpa from her Tjammu (uncle’s) country called Kungka Kutjara, or two sisters. This is a very large and important story for many women artists around Kaltukatjara. The part of the story Miriam depicts is the episode where the two sisters were at Wingellina (Irrunytju) across the WA border. The undulating lines which stretch across the surface of Miriam’s works represent the puli (huge rock formations) of the Kungka Kutjara sites.