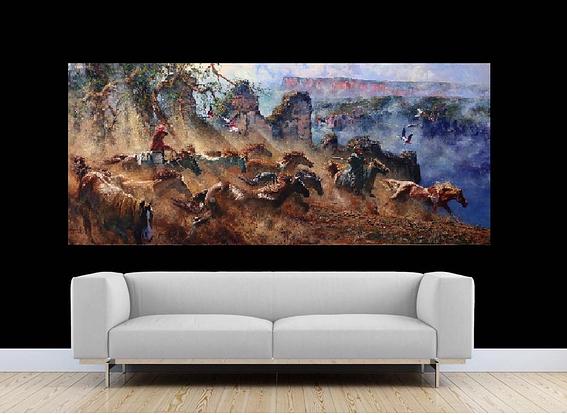 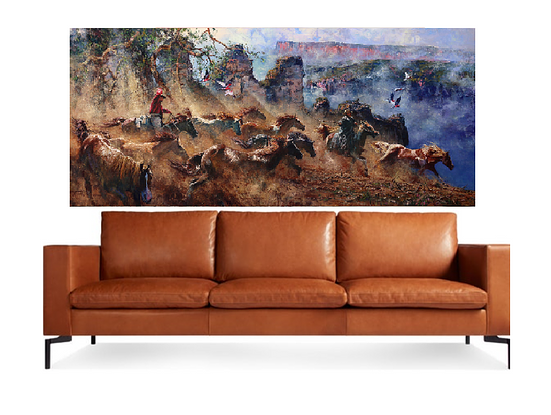 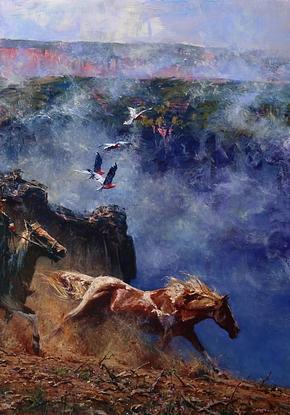 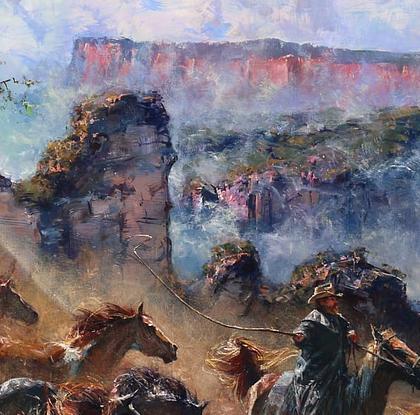 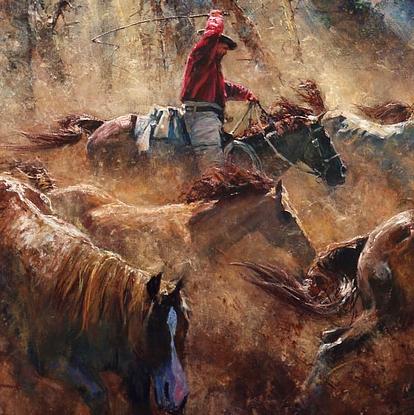 This is an ARTWORK OF A LIFETIME in Robert's own words! This massive and dramatic impressionist painting of the spectacular Three Sisters in the stunning Blue Mountains, west of Sydney is the setting for a downhill stampede of horses. The paint horse leads the run with the 2 stockmen trying vainly to bring some order to the rush and dust around them while above the crisp blue sky is punctuated by the darting pinks of disturbed galahs. This is a very powerful example of Robert's action type painting. We have never seen such an iconic and impressive large artwork by Robert Hagan, He is internationally acclaimed and in hot demand around the world, especially in the U.S.!

Archival oil paint on unstretched canvas rolled in a tube. 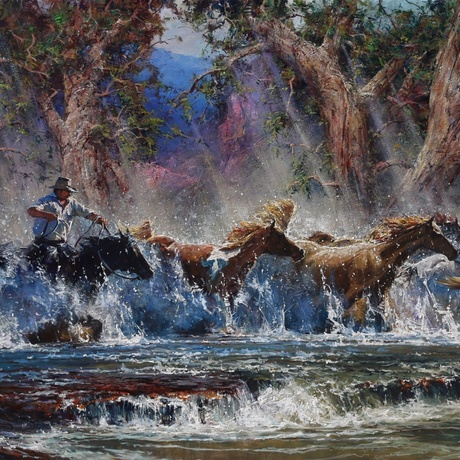 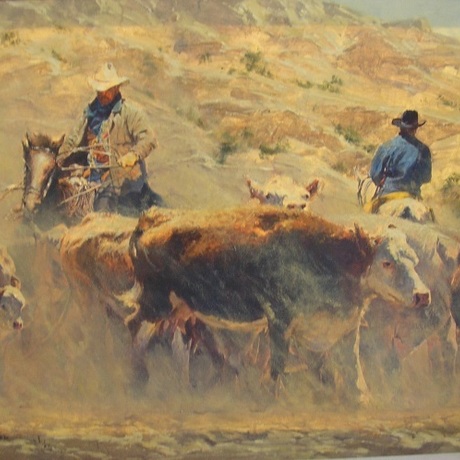 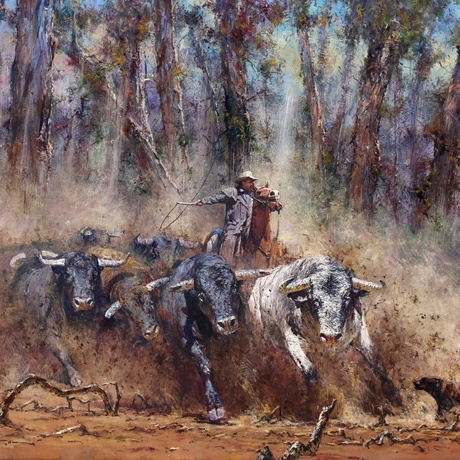 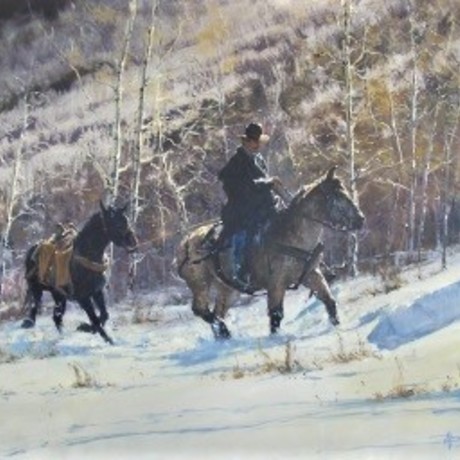