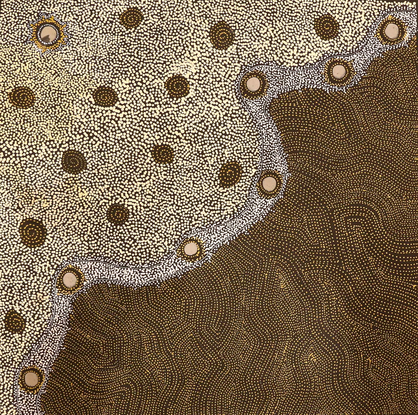 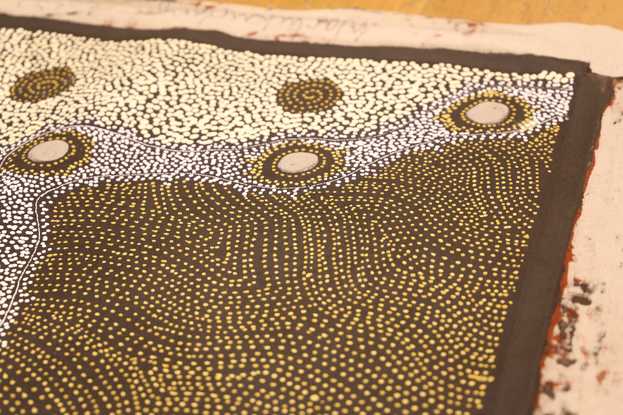 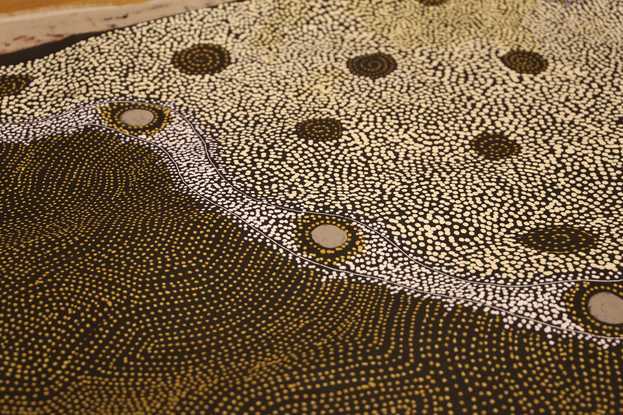 The Napaljarri-warnu Jukurrpa (seven sisters Dreaming) depicts the story of the seven ancestral Napaljarri sisters who are found in the night sky today in the cluster of seven stars in the constellation Taurus, more commonly known as the Pleiades. The Pleiades are seven women of the Napaljarri skin group and are often depicted in paintings of this Jukurrpa carrying the Jampijinpa man ‘wardilyka’ (the bush turkey [Ardeotis australias]) who is in love with the Napaljarri-warnu and who represents the Orion's Belt cluster of stars. Jukurra-jukurra, the morning star, is a Jakamarra man who is also in love with the seven Napaljarri sisters and is often shown chasing them across the night sky.

Some parts of the Napaljarri-warnu Jukurrpa are closely associated with men’s sacred ceremonies of a very secretive nature. In contemporary Warlpiri paintings traditional iconography is used to represent the Jukurrpa, associated sites and other elements. Often depicted in paintings for this Jukurrpa is the female star Yantarlarangi (Venus - the Evening Star) who chases the seven Napaljarri sisters for having stolen the night from her.

This artwork is currently on exhibition at the Bluethumb Melbourne Gallery. Please contact the team for any enquiries on the artwork.