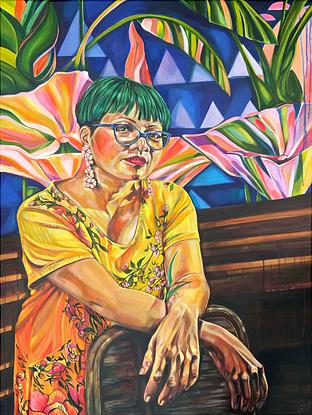 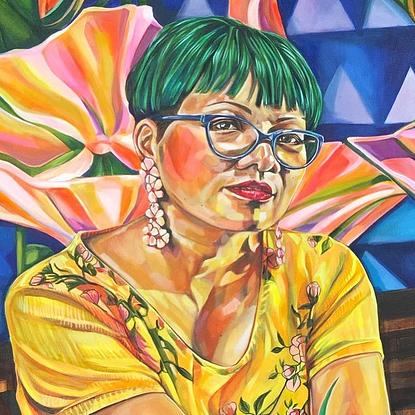 Maggie Nguyen is a Brisbane owner and manager of Brisbane's best Vietnamese reautrant, Cafe Omai. I met Maggie when I was employed by interior designer Hong Henwood to paint a vietnamese inspired mural at Cafe Omai back in 2016. While I was there working, I posted a social media update on the work and mentioned the address at Cracknell road in Annerley. My Mum rang me shortly after asking for the exact number on Cracknell road, as she had spent many weekends in the mid 60s working there at her Aunt's general store. I told her it couldn't possibly be the same shop, but she drove over and sure enough it was the exact same spot. My Great Aunt and Uncle lived in the back of the shop that sold fruit, vegetables, Coco-Cola and cigarettes. My Great Grandmother Tess (whom I never met) also resided there. My Mum had tears in her eyes as she showed me the now kitchen of Cafe Omai, which was then a small lounge room and a few small bedrooms. One of which my own Mum regularly stayed at as she worked for pocket money when she was 11. I didn't believe her completely until she shared a small faded photograph of the from of the shop, which revealed the exact same exterior tile, which is still there today. When I told Maggie and her Mum Kim, who also cooks in the kitchen - they too were blown away by the bizarre co-incidence. I felt very comforted and connected to the space after learning of my maternal ancestors history with the building. Over the years I've stayed in touch with Maggie and admired her straight-shooter approach to work and life, and her amazing dedication to her community with her incredible standard of restaurants, the quirky vibe she's created and her commitment to environmentally sustainable practices. On International women's day this year, Maggie posted a strong image of herself explaining the great pride she has in herself for all that she has achieved, despite her Vietnamese culture valuing males success far more than females. I knew then that I had to paint Maggie looking strong, accomplished and comfortable in her own skin, and I really wanted the mural to feature in the background as she too is a lover of vibrant colour. At the sitting, we collaborated with Brisbane photographer Irene Drawman, who takes stunning, empowered shots of women ( mostly women of colour). Irene was able to increase the colour of Maggie, her mermaid dyed hair and the background wall, using some coloured gels and lights. The effect was vibrant and almost theatrical in nature - which made my job easier to imagine the fluorescent tones I wanted to bring into the work. I also painted Maggie's hands to look stronger and bolder then they do in real life, as her hard working ethic is very much part of her character. I'm proud of this work, and though it loosely follows on from my 'Women of Colour' series, it's the starting work for a follow up Body of Work which will feature women who've smashed cultural stereotypes.

Maggie with my Cafe Omai Mural 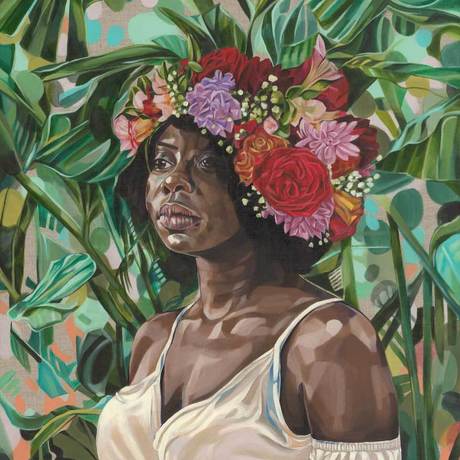 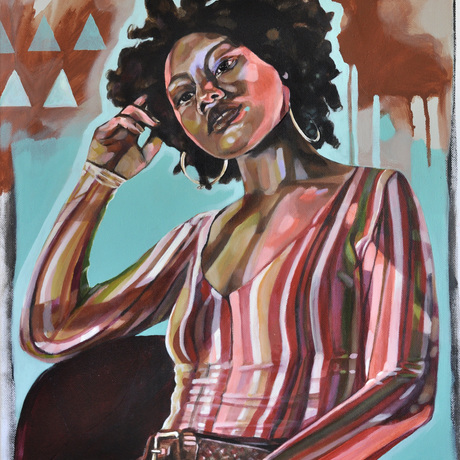 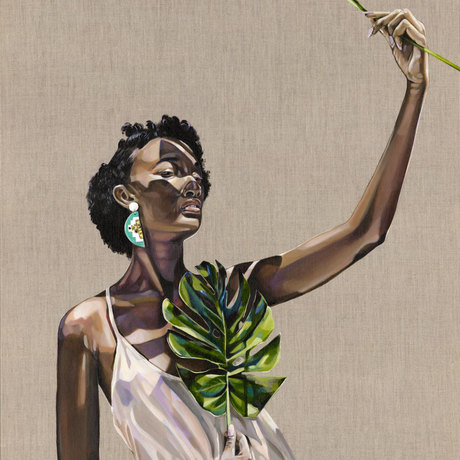 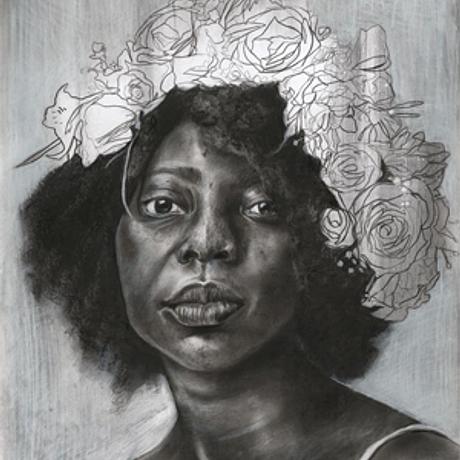