Ngalkordow (brolgas, Grus rubicunda) have elaborate courtship displays with elegant dances, and can often be seen in pairs around billabongs and floodplains. They are known to like eating the corms of mankurladj (water chestnuts, Eleocharis dulcis) and the seeds of modjdje (spike rushes, Eleocharis sphacelata). Kunwinjku people hear them saying “kordorrk kordorrk kordorrk” as they fly overhead. The Old People used to hunt them with djalakirradj (three pronged spears) and cook them in a ground oven, but recently this practice has stopped. The best time of the year to hunt ngalkordow for their flesh and their eggs is Kudjewk, the wet season, when they nest.

Kunwinjku art is part of the oldest continuous art tradition in the world. Ancestors of today’s artists have been painting the rock walls of West Arnhem Land for tens of thousands of years. The traditional palette of white, red, yellow and black comes from the ochre that naturally occurs in the region, although contemporary artists sometimes choose to paint in acrylics as well. Kunwinjku artists famously paint using either the traditional rarrk hatching technique, or the more contemporary and complex cross hatching technique which has been adapted from ceremonial painting. These lines are painted using a manyilk, which is a piece of sedge grass shaved down until only a few fibres remain.
Artists at Injalak Art Centre have been painting on Arches 640gsm handmade watercolour paper since it was introduced as a medium by American art collecter John W. Kluge in 1990 when he commissioned a suite of paintings for the Kluge-Ruhe Collection at the University of Virginia, USA. It is archival quality and has an organic texture that mimics the natural surface of bark, making it an excellent alternative in West Arnhem Land where trees suitable for bark harvesting are much sparser than other areas of the Top End of Australia.
This painting needs to be framed. It’s also being sent direct from the artist at a remote art centre, Injalak Arts, in the top end. Please note there is only one mail plane a week that takes the artwork to Gunbalanya. The tracking information is then received a week later when the mail plane returns so often the paintings are delivered before we receive the tracking information. Please expect a slightly longer wait for this very special artwork to arrive.

This artwork is currently in 3 other carts 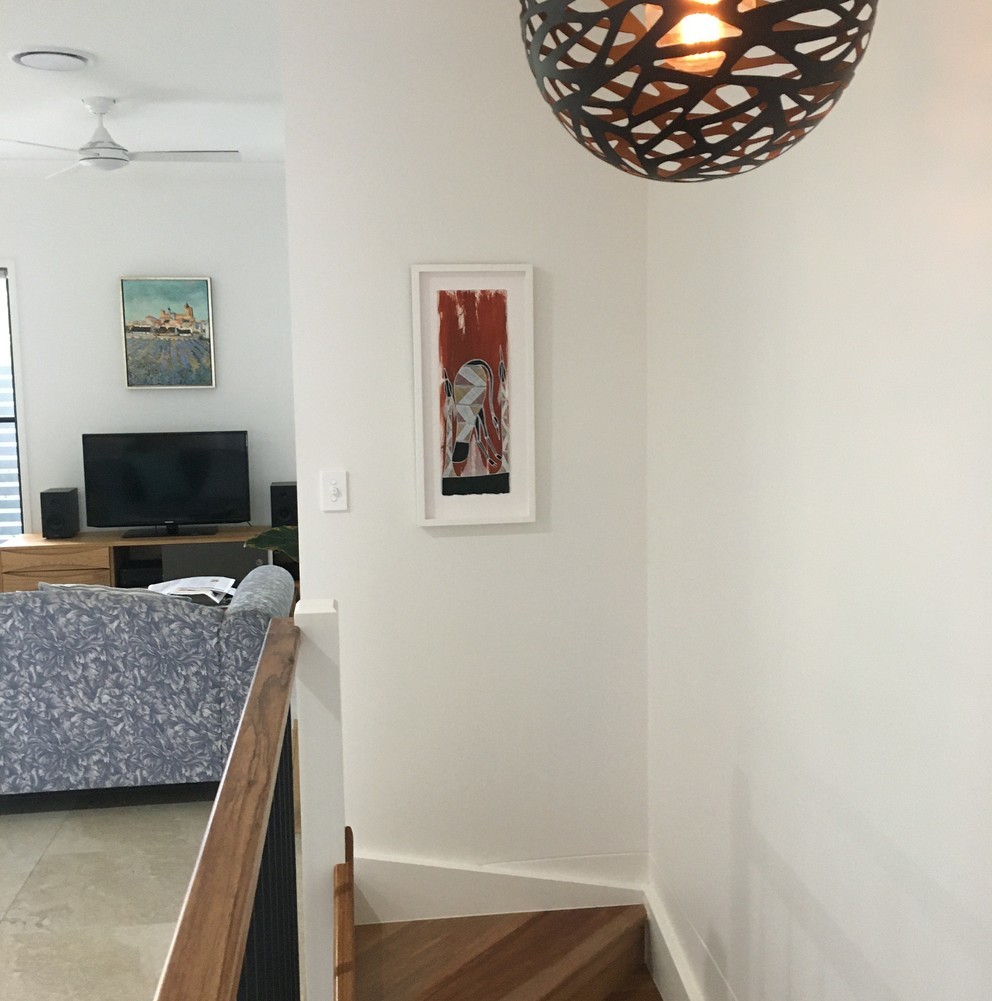 from 5,678 reviews
See All Testimonials >

“Wonderful! What a great way to connect with and support Australian artists. ”

“Hi, I’m a new artist (painting 2 1/2 years) and have sold 6 artworks with you since I first started selling. It’s easy, and I am thankful that I can reach so many people who wouldn’t see me otherwise. Great platform ❤️. Thanks 🙏 ”

“I've just taken delivery of eight works from artists all over the east coast. All arrived safely, and very carefully packed. They look even better than they appeared on screen. They range in size from 1.2 metres to 200 mm. Wonderfully well priced. Thank you fro such a terrific site.”

“I love browsing Bluethumb with a glass of Chardy and a few crackers. Have purchased a few times and it has been a seamless enjoyable experience each time.”

“Down to the Beach by Sally Chandler I love the painting, it fits into our home perfectly. It came framed which was great because I was expecting to have to get it framed. It took a little while to arrive, but I believe this was due to the artist being in the middle of re-locating. Bluethumb service and communication was very good. ”

“So many options for any sized budget. This site offers art to everyone, not just deep pockets. ”