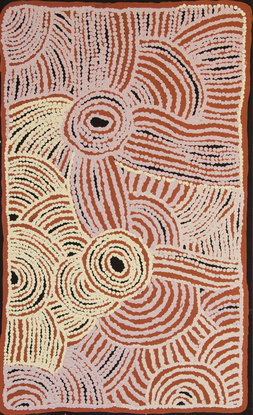 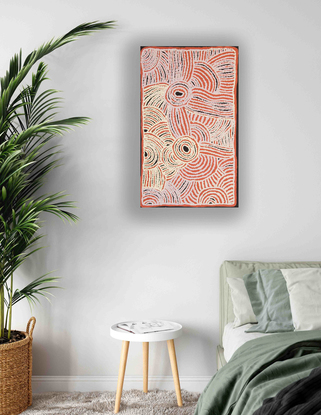 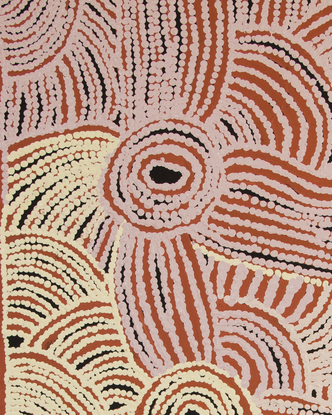 Tjawina’s artworks are rich in symbolism and fine detail, with brushwork and dots travelling steadily across the canvas to reveal the undulating forms of her country. The iconography depicts sand dunes known as tali and rock escarpments known as puli, as well as waterholes and food sources. Her designs are often used in body art during traditional corroborees.

Tjawina grew up in the desert near Yumara where she lived the traditional nomadic lifestyle with her family. He extensive cultural and topographical knowledge are evident in her paintings, which evoke the movement and energy of desert landscapes.

This work depicts women traveling through the area of the Porcupine dreaming, which is Tjawina’s mother’s county. They travel between the Tjarlirli rock hole and the Tjukurla rock hole in the Tingarri (dreaming) times. The sand hills of the region are depicted by the long rolling dotted lines.