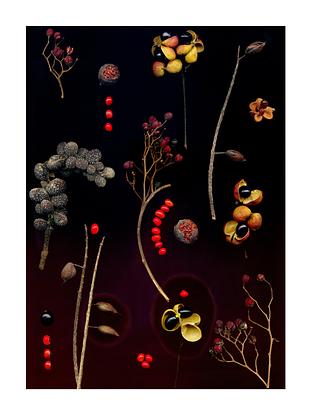 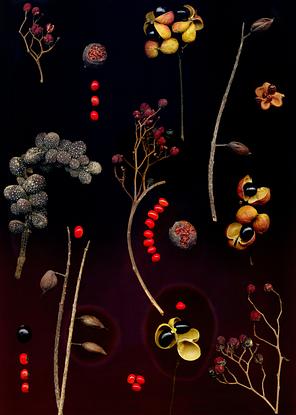 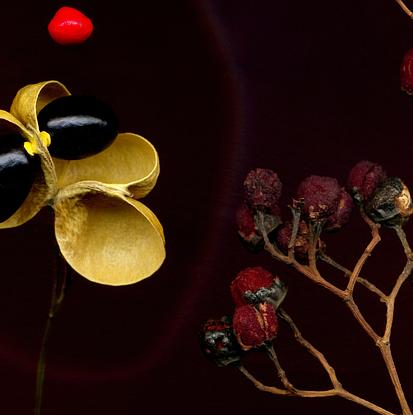 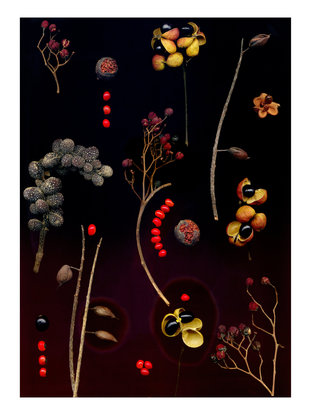 The third composition from the 'Seed Ikebana' series of the 'document|monument' project of scans. Titled after a musickal track, like the entire later ‘Krautrock’-series (my enduring thanks to the boys from ‘Coil’)
This is one of the first scans to make use of the ambient light during the scan, which when contemplating made me realise that a scanner without lid turns the entire chamber it’s in (“Kammer” in German), into a camera, albeit in a very distorted way, with near zero depth of field .
I love patina, and it’s Japanese equivalent ‘wabi-sabi’: Visible ‘flaws’ as beautiful signifiers of transience and souvenirs of endured history. ‘Yugen’, the profound grace and subtlety of nature’s language, and the human senses’ affinity with it, is the driver for these images, and I can forgive myself for my childlike exuberance and not-so-subtle, but rather deliberate arranging of these jewels, like someone not wanting to throw the i-Ching, or dice, as it were, but wilfully arranging them, to force an understanding… or, like the scanner is my Zen garden.
So I was rather happy about some flaws appearing in the platen glass over time, and found them to complete the arrangement: Giving it an almost artificial ‘lab-induced ageing’ with simultaneous warmth and depth. Mystery and contradiction just like the alien, but deeply familiar language of nature, radiating beauty and groundedness in an order beyond our comprehension.

Limited edition pigment print available in 4 different print and edition sizes. 100 x 140cm image size, 120 x 160cm paper size, approx. Printed in Epson Ultrachrome pigment on 300gsm Hahnemuehle photorag All materials are archival. All ordered artworks are editioned, numbered and signed on the front, and printed on demand, so please allow about 2-4 business days for shipping. If you have any special requests or questions, please ask me, I’m happy to answer ! : ) 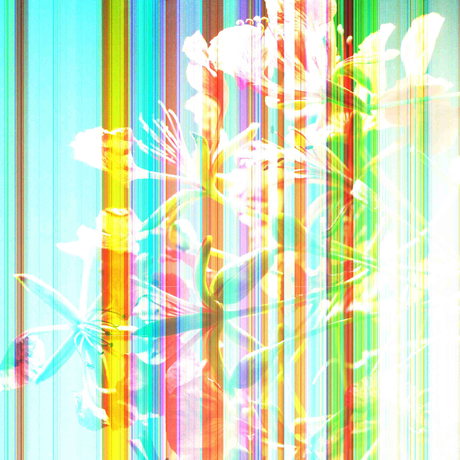 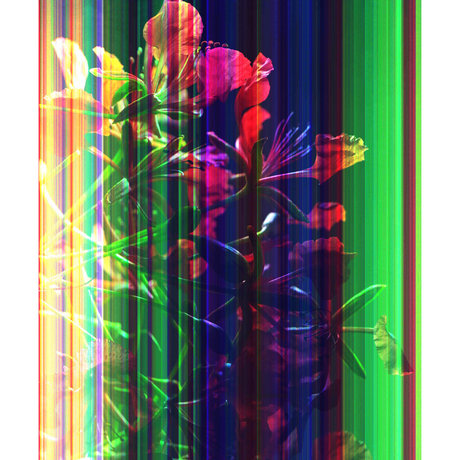 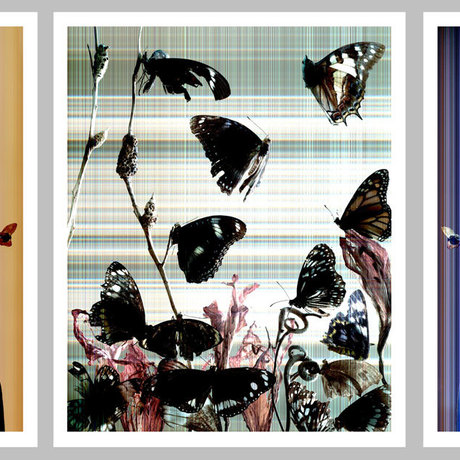