Born in the 1950s, the pop art movement borrows symbols and imagery from mass media and popular culture. Of the many notable names that pioneered the genre, it’s most famous proponent is Andy Warhol. While owning an original Warhol may be out of reach for most, there are some incredible homegrown talents riffing on contemporary iconography in art today.

Below, browse a list of the fresh pop voices providing an updated take on the iconic Campbell’s soup can. From bestsellers to up and comers, there’s plenty of variety on display. Don’t let the search stop here though – discover more works inspired by popular culture in our pop art collection here.

You Let My Tyres Down by Ben Tankard

Beloved by interior designers, Ben Tankard‘s literary inspired artworks are a distorted take on the familiar Penguin classics series. He calls this series ‘Unpopular Penguins’, with a range of titles from the most famous to the more obscure. More recently, Ben has expanded his subject matter to take on a new classic family memento – the Monopoly board. However, his version of the game isn’t necessarily for kids – looking closer at the characters reveals a satirical take on modern social and political debates. It’s hard to tell if Jason Moad’s paintings are photographs (they’re not!). His realistic technique is just that convincing. The award-winning artist adds his own special touch of whimsy to objects that are fast becoming obsolete. His fascination with painting cassettes and old paperbacks is essentially his way of preserving a soon-to-be forgotten past: “As someone who spends his days crafting objects, the increasingly ephemeral nature of our cultural artefacts troubles me. Music, literature and film aren’t just insubstantial ghosts – until very recently, they also had a concrete reality.” If you’re from Adelaide, chances are you’ll recognise the buildings that are the subject of Donovan Christie‘s paintings. With many awards to his name, Donovan is one of our more collectable artists. Donovan’s new works focus on fast food locations and iconography, covering big fast food chains like McDonalds and Krispy Kreme. Working in a range of sizes, there’s a price point for all types of collectors – from his small local sketches to his mammoth 2 metre piece, Return of the Mac. L’électrophone (The Record Player) No.3 by Brett Rose

Both an artist and a musician, it’s no surprise that musical instruments feature in many of Brett Rose‘s paintings. Never one to stick to any single genre, Brett is a drummer who is fluent in both jazz and rock and roll. It’s clear to see both these influences in his art, however his most recognisable attribute is his graphic style and use of complementary colours. Working from his Sydney studio, Brett imbues whimsy and fun into his retro-inspired acrylics. Maz Dixon has been surrounded by art since her childhood. Spending many afternoons in her Grandma’s studio, it’s no surprise she pursued creative passions of her own in adulthood. Her surreal work draws upon vintage postcards for inspiration, featuring motifs of oversized tourist attractions and beach fun. She explains, “I’m interested in how these images encourage the viewer to see a place primarily as a kind of playground. The environment, history and inhabitants of these places are depicted as being purely in service of that recreation.” Having won the Churchie National Emerging Art Prize and the Eutick Memorial Still Life Award, Melbourne artist Jonathan Crowther is one for the collectors. Completing a Masters of Contemporary Art in 2014, Jonathan has since opened his own gallery space in Melbourne’s Docklands. His work explores a range of subject matter, from balloons to food to famous modern art. We recommend checking out Bathing In Love, which references Robert Indiana’s iconic LOVE sculpture. The Breakup by Leigha White

Leigha White is both a painter and printmaker, with the two often crossing over into each other. The artist is a keen people watcher, and her observations have led to an art practice that uses emotions and clues to tell stories. Her urban scenes are peppered with symbols to further a narrative and invoke a sense of quirkiness and surrealism. Take a trip back in time with Howard Moffatt‘s practice, which draws upon the fashions of art deco, the 50s and the 60s. A retired RAAF pilot, Howard has been painting since he was in his thirties. The self-taught artist uses acrylic paint to capture vintage scenes of daily life, and the retro glamour of a past era. 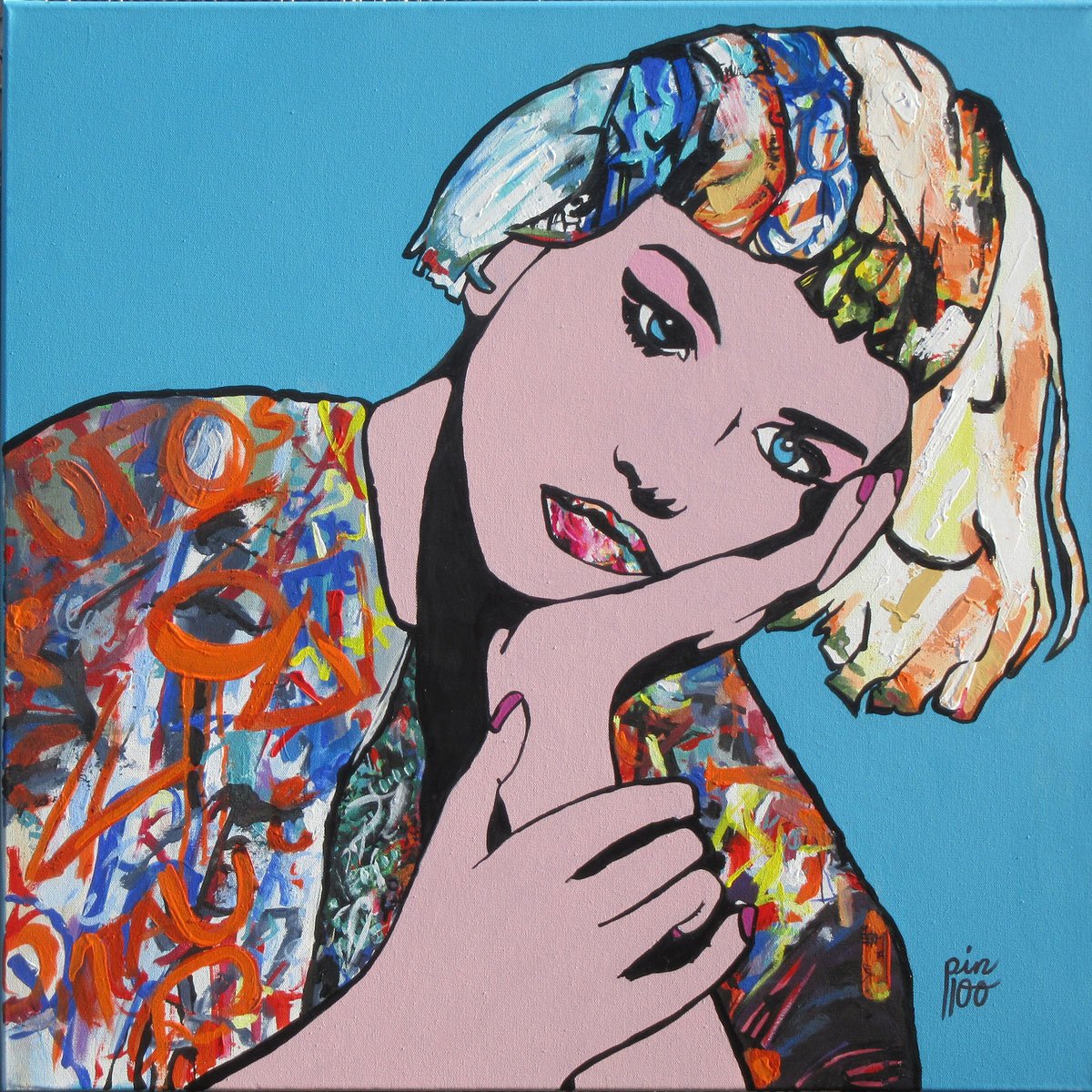 Lesley Taylor‘s graphic style is reminiscent of old comics. Mostly painting women, Lesley’s figures express a broad range of emotions in their various poses. They are unified by the block colour backgrounds and bold patterned hair that are her signature. Hailing from the theatre, Lesley has a sense of the dramatic and is tuned into how we express emotions. “I’ve always been fascinated by faces and what they can express without words,” she says. “My theatre career has sharpened my observations of people and their idiosyncrasies, and these observations form the bones of my art work.”

After moving to Melbourne in 2009, Logan Moody has found endless inspiration in the urban environment. The multi-talented artist works across stencils, photography and videography to capture city life. His intricate stencils achieve a level of realism that is unusual in the medium. Layers of colour combine to create convincing prints of crushed cans or monochromatic city scenes. Watch the process video above to see how the layers are applied using spray cans.