Christmas Through the Eyes of 5 Famous Modern Artists

I’m not sure about you, but our office has had its fair share of bizarre Christmas songs over the last week or so – highlights have included Bob Dylan, Blink 182 and the Muppets. The music industry clearly knows how to capitalise on the western world’s favourite holiday, but what about art?

Unlike the days of the Renaissance, when Christmas was all the rage among painters like Botticelli and Leonardo, who painted elaborate, glorius nativity scenes, (ok, some of them turned out a bit weird, but the thought was there), the emphasis of Christmas has shifted a little. Nowadays, for many people, the day is just as much – or more – about Secret Santa and barbecues with your mates as it is about celebrating the arrival of an iconic religious figure. This piece was originally a design for a stained-glass window that was never realised. The work aligned with the art sacré movement – an attempt to get the best art by the best, not necessarily religious, artists into the church. Matisse himself was known as a humanist before anything else, saying “I would like to accomplish that people who are tired, strained, broken may find rest and peace in my paintings”. It seems like he accomplished his goal with this piece – its explosion of colours and stars offers something for everyone. You might know Salvador Dali for his dripping clocks or his pet anteater, but he was also the man behind a series of 19 Christmas cards for a Barcelona card company. The imagery he used in these cards did away with the traditional Mediterranean Catholic Christmas imagery, and instead made use of American and Central European elements, such as the Christmas Tree, which was very much a Spanish tradition at the time. Back in 1960, most people turned up their noses at the surrealist cards, but unfortunately now there are only a handful left in the world. Andy Warhol had a similar, albeit little less successful, venture into Christmas card design. Before moving onto soup, he needed some bread and butter, and spent a large part of the 1950s creating blotted line Christmas cards, one of which is pictured here. Jeff Koons is well known for his pop art that references cultural iconography, and what better icon for the modern day Christmas than Rudolph the Red-Nosed Reindeer? These paddle boards were created in a series of 900. According to Jeff, “Art is really just communication of something and the more archetypal it is, the more communicative it is.” 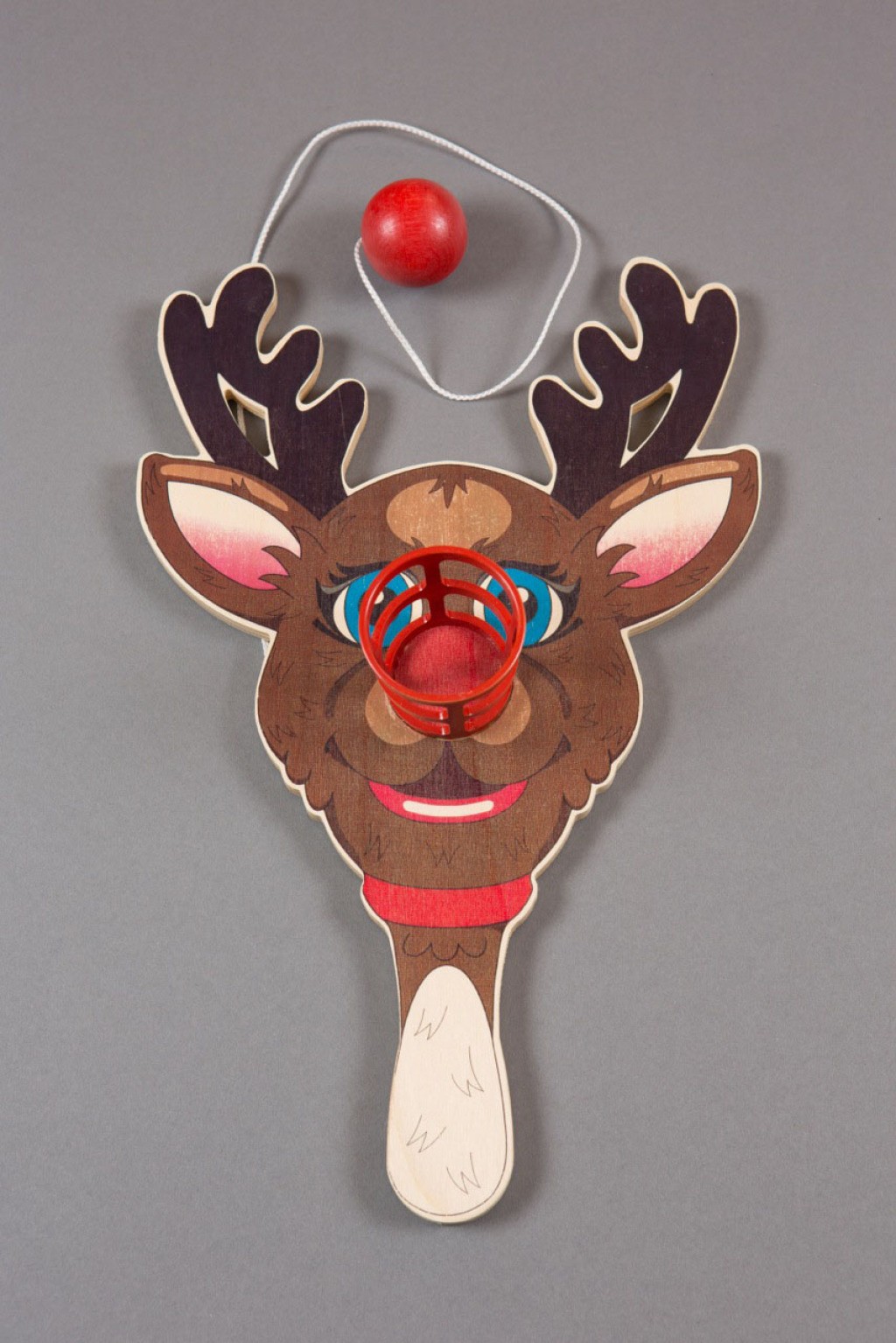 Joseph and Mary Can’t Make it to Bethlehem, Banksy

World famous street artist Banksy isn’t exactly one to let a chance for political commentary pass him by, and he packs a punch with this Christmas card. The work shows Mary and Joseph’s passage to Bethlehem being blocked by the infamous apartheid wall that separates Israel from Palestine and the West Bank, creating unsettling parallels between Mary and Joseph’s refugee status and today’s refugee crisis in the middle east. Art Collectors Can Now Buy Artworks with a Thumbprint