What Makes an Artist: Oliver Shepherd

Oliver Shepherd’s art is the result of “an innate drive to create, to improve, to express a love for something or someone – that’s all it is.” This is not to say that he is biased towards visual art. He notes, “music does the same thing, so does dance, literature, film, and anything else that happens when the soul finds its voice.” Indeed, Oliver’s own soul has found its voice through many passions. “My art career is just one small part of me,” he explains. “I’m a lawyer by day, and I trained as a musician once upon a time. But I am hugely inspired by science, travel, language, architecture… the list goes on.” Oliver at work in the studio

Of all these pursuits, his choice of visual art seems relatively practical. “Painting is more forgiving than music, and more accessible than dance, filmmaking, literature, and pretty much everything else that I would love to do.” The physical side of art also played a role. He recounts with fondness the most mundane of details, such as “the little metal tubes of pure, buttery colours” and “the brushing of bright white gesso as it consumes the rough, brown linen”. 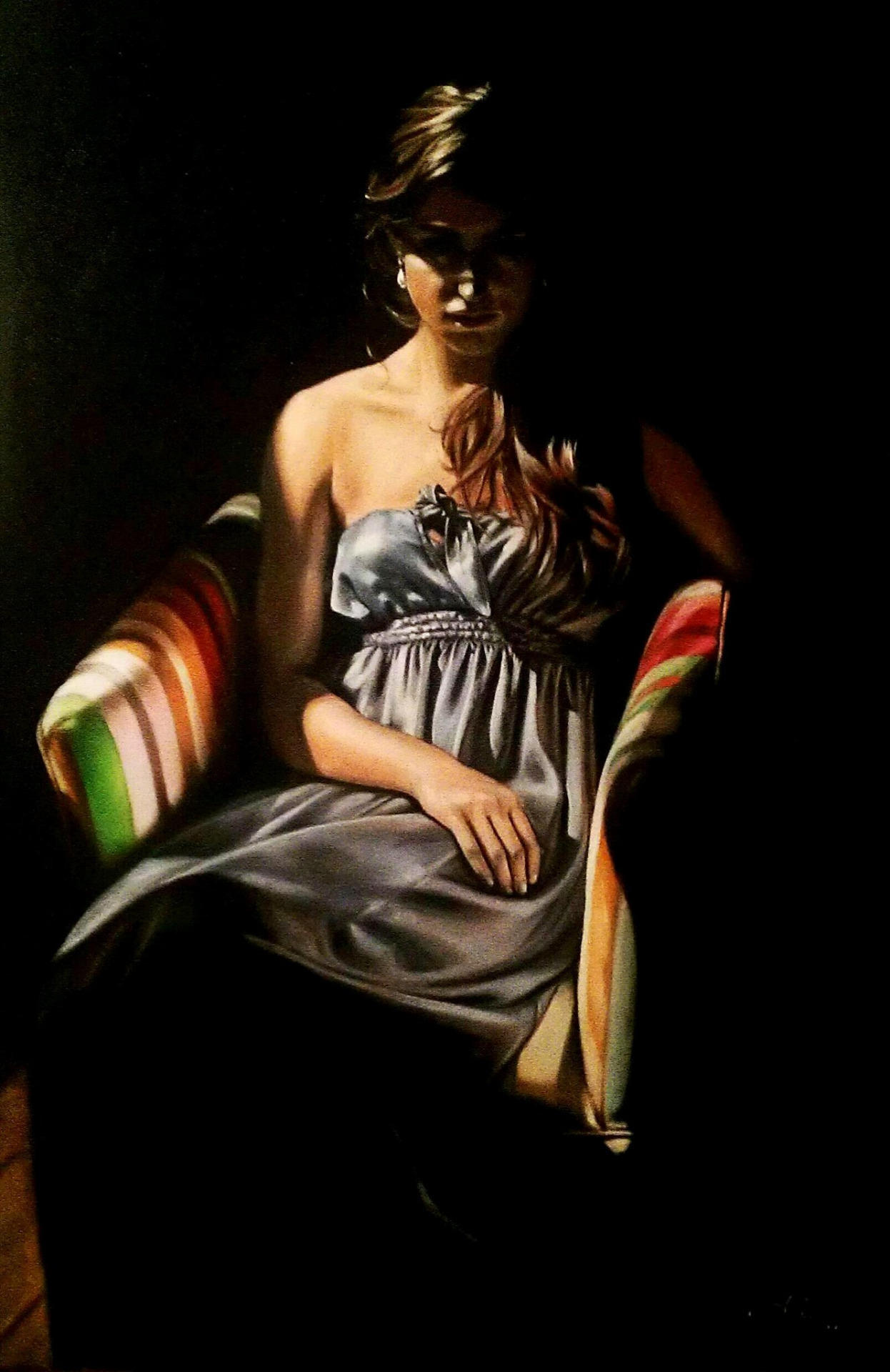 Indeed, certain perks are unique to the painter’s trade. You get to listen to music while you work, for example. For Oliver, “music is transformative, it has complete control over my emotions, and it is my favourite colleague. I have a Spotify playlist, it grows every week… a weird mix but it works well.” (If you’re interested, search for “Painting” by “Oli Vincent” on Spotify.) There’s also the task of genuinely understanding the unchartered subject – in portraiture, more than any other art form, this person is likely to be a stranger. As Oliver notes, “most people prefer to have a portrait relevant to their own life, rather than one relevant to mine, hanging in their home.” For him, however, this is a real perk of the job. “I enjoy working with people, figuring them out, getting a glimpse of what kind of person they really are or would like to be and then bringing it to life.” In fact, Oliver has big plans for future work. “Over the last few years I have become increasingly impassioned by social and political issues both domestically and internationally. This kind of ‘rage’ is countered by the awe I feel for science, compassion and human potential … [My dream piece] would consist of a series of enormous scenes depicting the rage and the awe, all housed in one place like a secular cathedral to the human condition.” Such things require certain resources, however – time, for one thing. “As things currently stand I will be surprised if I manage just one of these pieces.” Unlimited funds for his work could certainly help in this regard, which would go towards “decades of day-to-day living expenses so that I could dedicate my time and concentration to the work itself.” A dream studio wouldn’t be bad, either; “Currently my studio is my empty dining room and balcony, in my rented Canberra flat. It’s not ideal. It has plenty of light which I think is the only real necessity for a portrait studio. But my brain has been constructing an ideal studio in my mind for years now. It’s a beautiful place. A huge, empty concrete box with old factory windows. A blank canvas for my blank canvases.” Really, the idea of unlimited funds for art doesn’t seem unreasonable when you hear Oliver’s proposal: “Art, as the expression of human existence, should be one of the three great endeavours of our age (along with scientific progress and the assurance of basic human rights). It shouldn’t be scrapping for its own subsistence; it should be thriving and inspiring the creation of a better world. It takes imagination to see the future, and imagination is the realm of the artist. And if you give an artist the freedom to create, you might just find someone who can show you a vision of paradise.”

Christmas Through the Eyes of 5 Famous Modern Artists