What makes an artist: Yosi Messiah

Yosi Messiah’s career as an artist spans over seventeen years. He had built a successful reputation as an abstract painter, but in 2010 began to explore a figurative style of painting. Following his sellout exhibition at Art2Muse Gallery last year, Yosi launches his new series ‘Modern Muse’ next week. We caught up with Yosi to talk favourite artists, inspirational places, artistic evolution and ultimately, what makes him the artist he is today. Yosi with works from his new series. The minimal, clean lines of Yosi’s latest series has developed from his earlier style. “I started as a loose abstract painter, then moved to grid works with mosaic and colours patterns,” explains Yosi. “I call this my period of abstract free-flowing-energy works. Today I am using all those former techniques but now with figures and imaginative creatures.” Bird Man is Back by Yosi Messiah

His still lifes, portraits and seductive figures form a cohesive body of work. Each painting features a solitary individual who has evolved to become their own character. The three striking portraits were inspired by Heath Ledger’s portrayal of The Joker in Batman capturing his poses and energy. Yosi’s technique is spontaneous and physical with his use of oils, varnishes and graffiti pens for the loose lines in his figures. The women are imaginary, soft and elegant with exaggerated eyes. Yosi invites the viewer to bring their own interpretation to his works. Adam Cullen with his Archibald prize winning portrait of actor David Wenham, with David looking on at the Art Gallery of NSW in 2000.

When asked about local inspirations, Yosi is quick to reply. “I have three favourite Australian artists; Adam Cullen, Edward McLean and Del Kathryn Barton.” Seal Rocks is another. “I discovered it when I came to Australia in 1987. I did a road trip around the country. I was on dirt roads looking for a place to camp for the night. When I woke up in the morning I saw it. Wow. It’s a little fishing village with amazing white sands dunes and crystal blue beaches!” He also loves the gallery scene is Sydney. “The Museum of Contemporary art, Roslyn Oxley9 and White Rabbit Gallery are a few of my favourite galleries. They show art and artists that really push the boundaries of my expectations.” 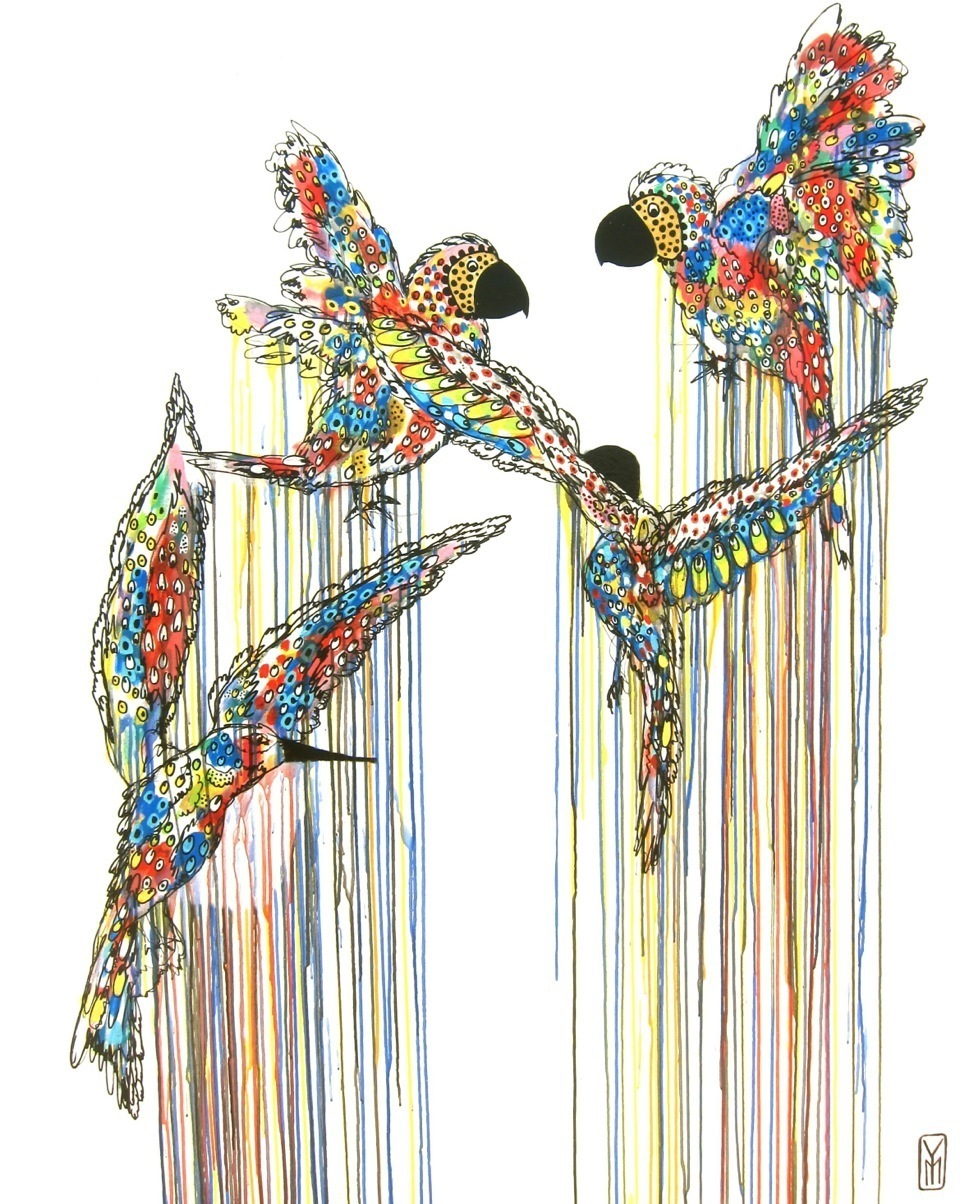 Like many other artists, there’s one thing he couldn’t live without. “Working at my studio, painting. If I couldn’t do that I would go mad.”