20 photos that’ll make you wish you were going to Burning Man 2015.

Another year, another man burns. Burning Man (BM) is an annual, week long event which can be described as an experiment in community art, radical self-expression as self-reliance.  It’s name comes from the ritual saturday night burning of a large wooden sculpture being ‘The Man’. BM began at San Fransisco’s baker beach in 1986 , since migrating to Black Rock Desert in Nevada due to size. Last year over 65,000 people attended!

Creative expression is greatly encouraged at BM, the main form being ‘Outside Art’ and ‘Visionary Art’. Each year is given a different theme, for example past themes have been; ‘Hope and Fear’, ‘The Green Man’ and ‘Rights of Passage’. The theme effects the design of The Man itself, but greatly effects the sculptures, costumes, camps and vehicles made by the attendees.  Creative expression does not stop there though… you can expect to see performing artists, musicians, huge laser light installations and much more!

So here we have it. 20 of the best photos we could find to inspire you to attend… because we at bluethumb believe it’s a more than once in a lifetime experience everyone should have. 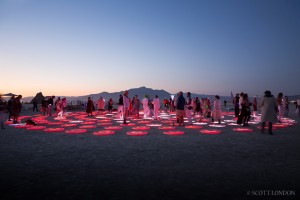 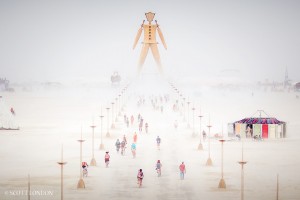 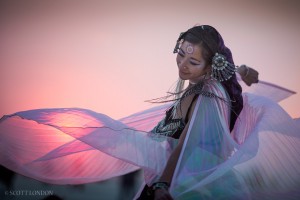 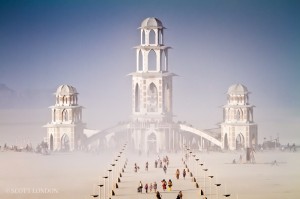 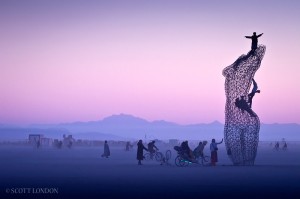 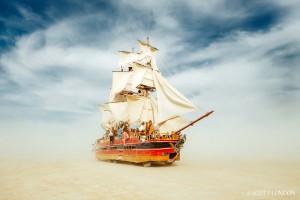 To find out more visit: http://burningman.org