$10,000 Raised for UNICEF by Our Ken Done Charity Auction

Due to the current COVID situation in Australia, the charity auction closing event for our Bluethumb Art Prize Winners exhibition at 1 Denison in North Sydney had to be cancelled.

The good news is we still auctioned Grey Sea and Showboat, 1998, the classic, collectable Ken Done piece featured in the exhibition, via a silent auction. This was a unique opportunity to acquire an iconic Ken Done masterpiece through a charity donation; a true win-win for the lucky bidder!

The last-minute winning bid came in at $10,000, all proceeds of which went directly to UNICEF Australia. “Ken has been a UNICEF Goodwill Ambassador for over 30 years so when we mentioned we were thinking of doing a closing event for the winners exhibition with a charity auction, he didn’t hesitate to donate a work,” Bluethumb Art Prize Director Freddy Grant explains. Ken with Freddy at Ken’s Gallery in The Rocks, when the charity auction was first discussed.

“We were blown away at just how generous his donation was though and honoured to be allowed to exhibit Grey Sea and Showboat, 1998 alongside our award winning artists. Ken has long considered his role with UNICEF as one of his most important and it really shows. Featuring Ken’s evocative brushstrokes and bold use of colour, this is a classic work from the late 1990s and valued at $10,000. We were thrilled to hit that target despite the difficulties of holding the auction during a lockdown.” Artwork that looks good and does good: Grey sea and showboat, 1998 by Ken Done.

Ken and his team were similarly thrilled by the auction and the result. “We’re always looking for opportunities to support UNICEF,” says Ken, “and were delighted that Bluethumb chose to support their vitally important work with this auction.”

As were the UNICEF Australia team. “As a dedicated ambassador of UNICEF Australia for over 30 years, Ken always steps up to help us protect the world’s most vulnerable children,” says Tony Stuart, CEO of UNICEF Australia. “The donation of this auction bid to our COVID-19 Emergency Appeal will help send life-saving supplies, vaccines and protective equipment to the communities that need them most. 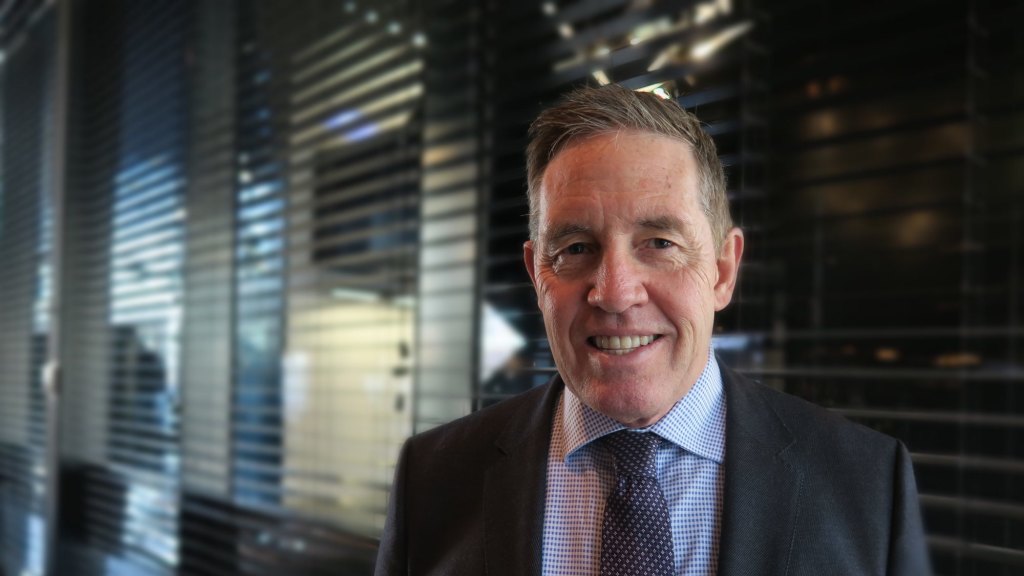 “With 1.5 million children having lost a parent, grandparent or caregiver through this pandemic and 463 million children worldwide unable to access remote learning during lockdowns, we need to work together to end COVID-19. Every child deserves to be safe, protected and able to go to school.” From designing the iconic AUSTRALIA sign at the Brisbane World Expo ’88, to becoming a Goodwill Ambassador – children’s rights have long been a special concern for Ken Done.

The initial plan for the auction was to hold it tomorrow (28th July) at the closing event for the exhibition. However, due to the current restrictions in Sydney, the auction was taken online, with over 30 bids made by buyers across the country via our website and the 1 Denison app. As bids ramped up in the final hour, the winning bid of $10,000 was made with minutes to spare. The artwork will be making its way to the lucky collector at the end of July.

Click here to find out more about UNICEF Australia and how you can help a worthy cause.