The most recent study by the Government’s Australia Council for the Arts unearthed some alarming statistics about the gender pay gap in the Australian art industry. Historically female artists have been ‘locked out’ of the male-dominated gallery system, with women making up only 40% of artists represented in Australian commercial galleries, one of the more gender balanced countries in the world.

Bucking the trend, we boast 180 of our top 250 artists are women, with art by women artists accounting for 68% of sales. Historically female artists have been ‘locked out’ of the male-dominated gallery system, with women making up only 40% of artists represented in Australian commercial galleries, one of the more gender balanced countries in the world.

In the last 4 years, Bluethumb has gone from being a bootstrapped side project of the co-founders to Australia’s largest online art gallery with a team of 15, growing sales for artists by 1131%. We recently hit an impressive milestone: 15,000 artworks sold. To mark the occasion, we decided to analyse the numbers to see how our successful platform is changing and shaping the Australian art market.

“One of the things I love about selling on Bluethumb is that it sets a level playing field,” says Bluethumb’s top selling artist of 2018, Sally Browne. “If you’re a hardworking artist, male or female, Bluethumb is a great place to sell your art. There are no restrictions on who can sell their art, and no strict conditions about how many pieces you are expected to produce per year, or shows you are required to produce for, or where else you choose to sell your art. 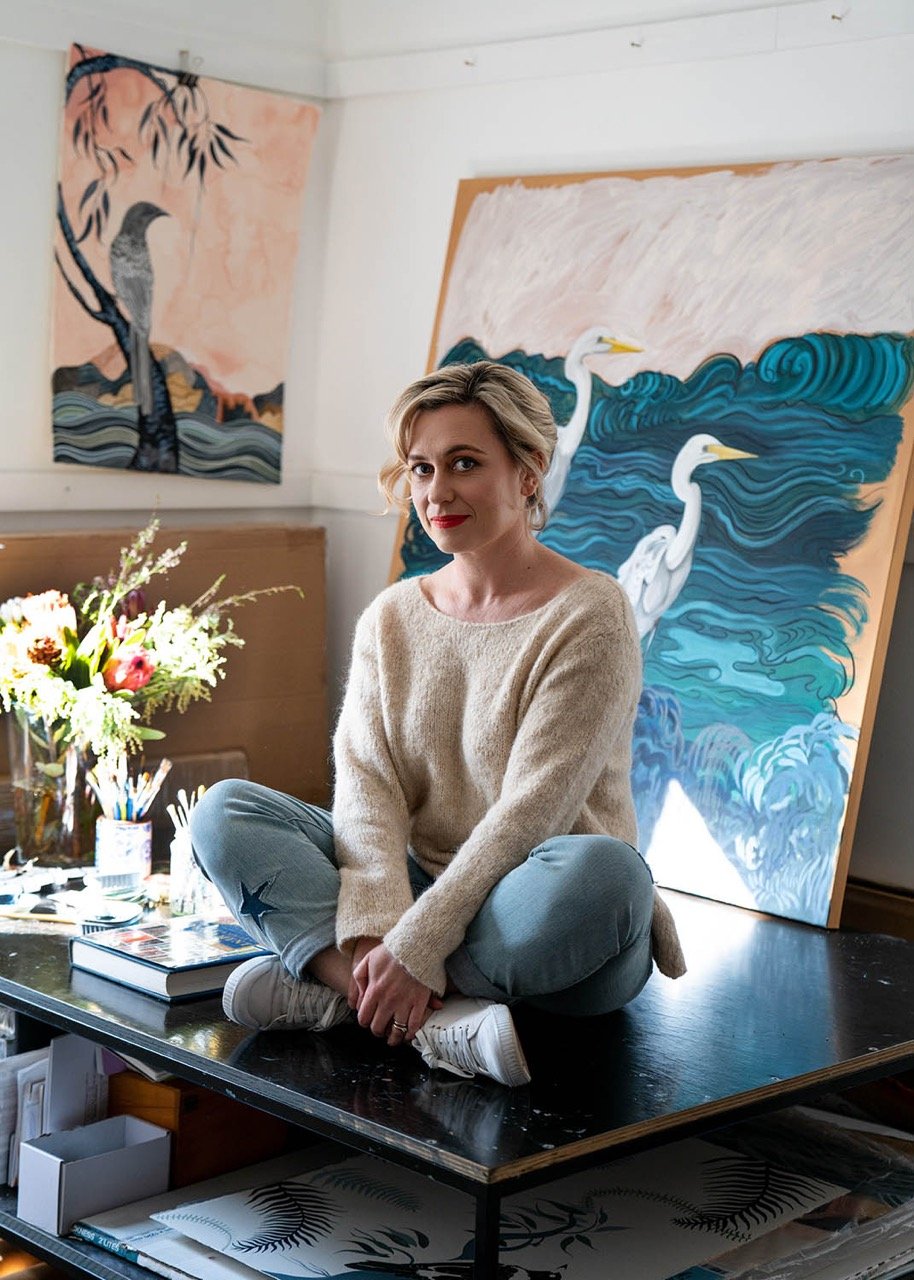 “For me personally this has been a game changer. At this point in my career, I cannot produce as much work as would be required of me with traditional gallery representation because I have two small children, one under school age. Female artists are still often expected to do the majority of the child rearing and housekeeping while their partner holds down the ‘out of home’ breadwinner type job. For this reason, many women are locked out of traditional gallery representation during these kid rearing years because they cannot commit to the conditions.”

However, it is not all good news. Of the top selling 250 artists, on average male artists earned 20% more than female artists. While this shows Bluethumb is helping to narrow the 25% pay discrepancy reported in Australia Council for the Arts’ study, it also proves the gender pay gap still exists on online marketplaces where artists set their own prices, raising questions about the roots of the problem.

“Do female artists undervalue their art, are male artists more confident to charge more or are buyers more comfortable to pay higher prices for art by male artists?” asks Bluethumb curator, Sarah Hughes, who advises hundreds of artists each month, often about their pricing. “In my experience it’s a combination of all three and so ingrained in the art sector that it’s incredibly hard to counteract. Female artists are definitely less confident when it comes to pricing and are time and again selling themselves short, barely covering expenses. But now we’ve seen this problem first hand we’re offering one-on-one support, running webinars, along with many other initiatives, to help build all our artists’ confidence and work towards equality.” For one of Australia’s top female entrepreneurs and Shark Tank mentor, Naomi Simson, there are two reasons this topic is close to her heart. “One, I am a woman and mother to a daughter who has recently joined the workforce. Why should her salary expectations or earning potential be ‘capped’ due to nothing more than her gender? In fact, I was having dinner a few years ago with my daughter (then 17) and son (then 15), and my son asked me if I would prefer to be a man or a woman. I instantly responded a woman. When he asked the same question of my daughter, after some deliberation, she said a man. When I questioned why, she said, ‘They just get everything easier and they are paid more to do the same job.’ This saddened me – at such a young age my daughter was already experiencing limitations.

“Two, I always dreamed of being an artist (and I still dabble in my spare time) – until my art teacher said, ‘I can see you famous after you’re dead and starving in a garret.’ I decided I didn’t want to live like that, so I looked for a career that would allow me to live my creative passions, and still put food on the table. That’s how I came to be a marketer, and later founded RedBalloon and co-founded the Big Red Group. Had I stayed in the art world, what would my prospects have been?”

Simson believes business leaders need to stop worrying so much about myths and data and take responsibility to force change. “I have heard many myths espoused by both men and women about the gender pay gap. That women won’t ask for more; men will ask for more; women are afraid of appearing too forceful and the labels that accompany it; men have greater confidence in their ability while women prefer to prove themselves first. It’s important to note that this is not a ‘men don’t get it debate’, but rather an opportunity to hold up the mirror to ask why this is so. And it can be changed. My personal motto is ‘if it is to be it is up to me’ – and I believe this is true of the unconscious bias surrounding gender pay equality. Entrepreneur and influencer Naomi Simson is a strong advocate for gender equality in the art world. Photo credit: Naomi Simson

“It does not matter if you are a young female graduate, an artist, a teacher or an executive – women are paid less at every level. Those are the facts. But the issue needs to become less of analysing the data and more about making change. Leadership must want it and push for it; organisations must become more transparent about it; many women must shift the way they ‘regard’ themselves and really push for this change; men, equally, must support the women in their lives as we strive for pay equality. The fact is, organisations will continue to pay women what they think they can ‘get away with’, or what women will ‘settle for’ until we force change. The key is visibility and leadership.”

Bluethumb’s co-founder and managing director, Edward Hartley, agrees with Simson wholeheartedly. “It’s great to see we’re helping more female artists make a living from their art by growing the arts economy. We’re building a market for artists and those who admire art, but we know we can do more. We’ve been investing heavily into mentoring our artists and creating better tools to not only market themselves effectively, but track their success. There is no justifiable reason why on a platform like Bluethumb the gender pay gap is still evident. We’re committed to making it zero.”

From Adelaide to Alice Springs: Five of The Best Art Festivals This Autumn