Bluethumb Finalists in the 2018 Archibald and Sulman Prizes

In breaking news, Bluethumb artists Loribelle Spirovski and Jaye Early have qualified as finalists in the Archibald Prize and Sulman Prizes, respectively. We are always thrilled for our artists’ success, and being made a finalist in the highly prestigious Archibald or Sulman Prize is a huge achievement. Click here for more artists from Bluethumb who have previously appeared in the prizes.

This is Loribelle’s second year in a row as a finalist in the Archibald Prize. Last year, she made it through with her stunning portrait of esteemed actor John Bell. “It’s definitely a different feeling this time. It’s still just as exciting and just as unexpected, because the Archibald Prize is so unpredictable, especially compared to many other art prizes. So many incredible artists don’t get through and you wonder ‘What’s the magic secret’? Qualifying as a finalist for a second time feels like you’re a step closer to learning something about the Archibald, even though it’s just as enigmatic. This time, it’s sort of a relief, and you get the sense that, ‘Ok, it’s finally paying off,’ whereas last year it felt like I was winning the lottery.” 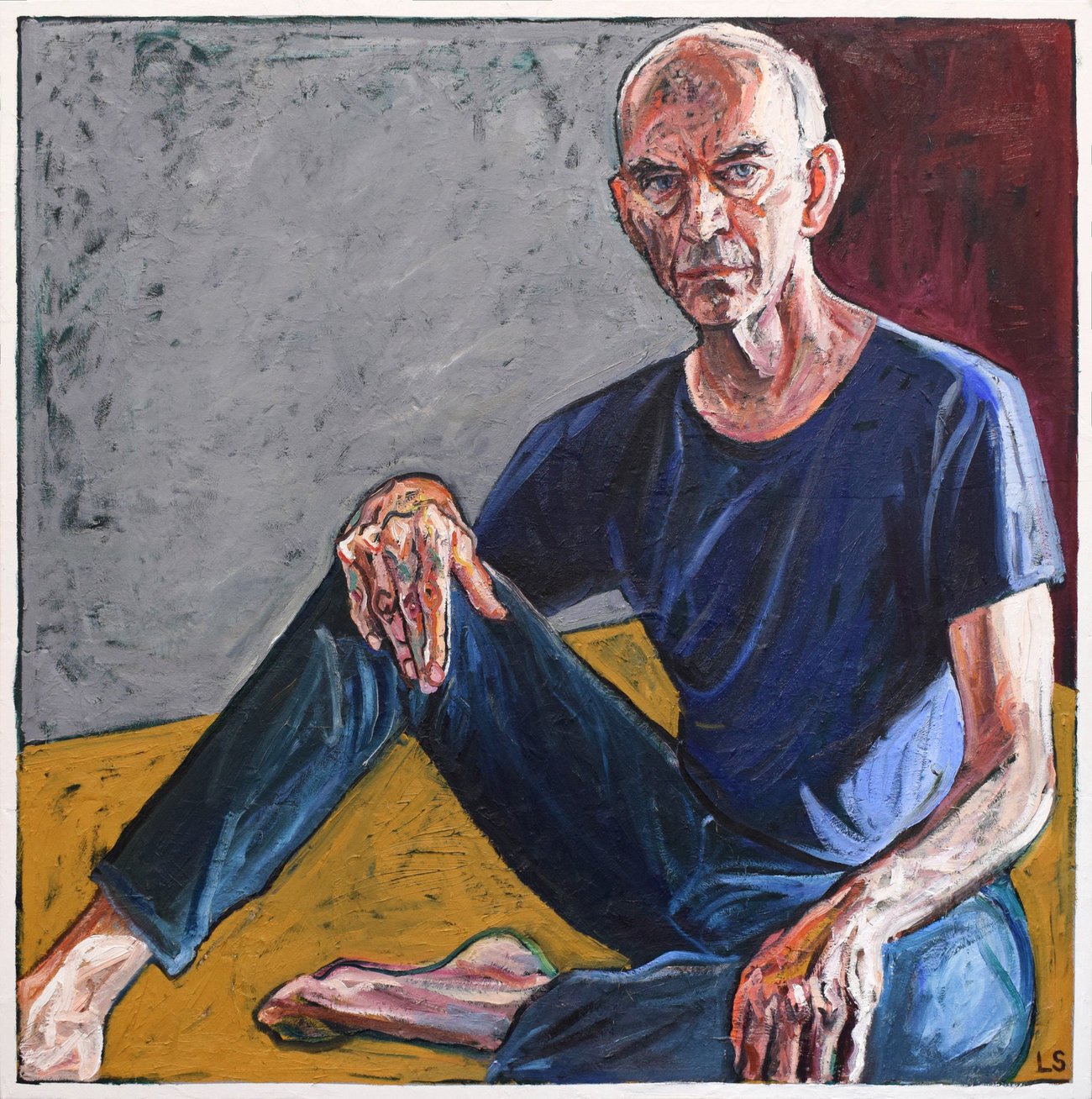 Loribelle’s piece for this year, Villains always get the best lines.

Loribelle’s subject is actor Nicholas Hope. “He became famous from his role in a 90’s film called Bad Boy Bubby, which is sort of a dark, underground, confronting coming-of-age film. A bit like Donnie Darko but more unnerving. That’s what put his name on the map. The title of my painting is Villains always get the best lines. Ever since Nicholas has been in that film he’s played a lot of different villains. In Bad Boy Bubby he’s sort of an anti-hero – he’s a grown man who’s kept inside by his mother and told that the outside world will kill him. They have a very twisted relationship, and it’s about him breaking through that barrier.”

Loribelle says that her process is somewhat organic, and she never quite knows how she’ll paint her subject until the day of their sitting. “Generally, when I paint someone I want the style to suit their personality or the impression that I get of them in their home. I always like to paint the sitter where they live because that’s where they’re the most comfortable, so I can really get a sense of how they are naturally, and how they move around in that space.”

Speaking of the sitting, Loribelle recounts: “Nicholas has a beautiful open plan apartment, with a sea breeze coming in through the window. He sort of sat on the rug in a very dancer sort of pose and I just told him – stay there, I’m going to start. Last year, John Bell just sat down in this chair in a very throne-like, regal pose that was reflective of who he is, while Nicholas’ position reflected how he is a very grounded, down-to-earth sort of person. He also has the most amazing, piercing eyes.” In terms of the process, Loribelle says that at the time painted a small version of the artwork, and also took some detail photos. In that initial sketch, “I focussed on the general outline of his pose and the kind of mood and position of his face. I took those oil sketches and prepared a canvas of 1.38 by 1.38 metres with a sort of papier maché surface that absorbs the oils and gives a sort of chalky finish – the same thing I did with John Bell’s portrait.”

According to Loribelle, the main challenge for her this time around was the question of whether or not she would qualify a second time. “You feel very legitimate when you get in the first time, because it’s a serious recognition. I didn’t want to focus too much on the pressure of trying to repeat it all again. Last year’s portrait was very spontaneous – it was my fourth year entering and I thought, ‘You know what, it doesn’t matter what my attitude is, I don’t ultimately have control, so I’m just going to go with it.’ The biggest challenge this time was to not get bogged down in the pressure of repeating that victory.” “I’m definitely drawn to people with very expressive faces, regardless of gender or age,” says Loribelle when discussing where her portraiture may lead in the future. “It’s always in the eyes, and how they carry themselves. This is my second time painting an actor – I’m always so drawn to them, because they’re so expressive. It’s a great challenge to break through all the roles that they’ve played – you can see those roles in their own faces. It’s about penetrating that performance history and getting to some kind of truth about that person.”

“I definitely have more of a connection with people who work in the arts,” says Loribelle. “You can kind of get a sense of camaraderie through a mutual respect for the arts. They go into a portrait sitting with a slightly different mindset – for them it’s not about vanity, but rather about creating a work of art.”

“I think I’d like to paint more actors,” she says, “but my subject for next year is not an actor.”

For Jaye Early, this is his first time as a finalist in the Sulman Prize. Like Loribelle, it was several years before he successfully broke through. “Honestly it was a genuine surprise,” he says. “I had tried a few years previously but it was unsuccessful – I didn’t think my work would be an ideal commercial fit. And then, finding out about it I just kind of felt relieved and humbled given the stature of the other artists who are finalists. It was sort of a relief and a validation of my work.”

“Prizes can leave a lot of artists a bit bewildered,” says Jaye. “But, it’s sort of something you have to do. For the last three years I had applied for the Sulman Prize and was knocked back, so I know the sense of disappointment that comes when you get the letter.” 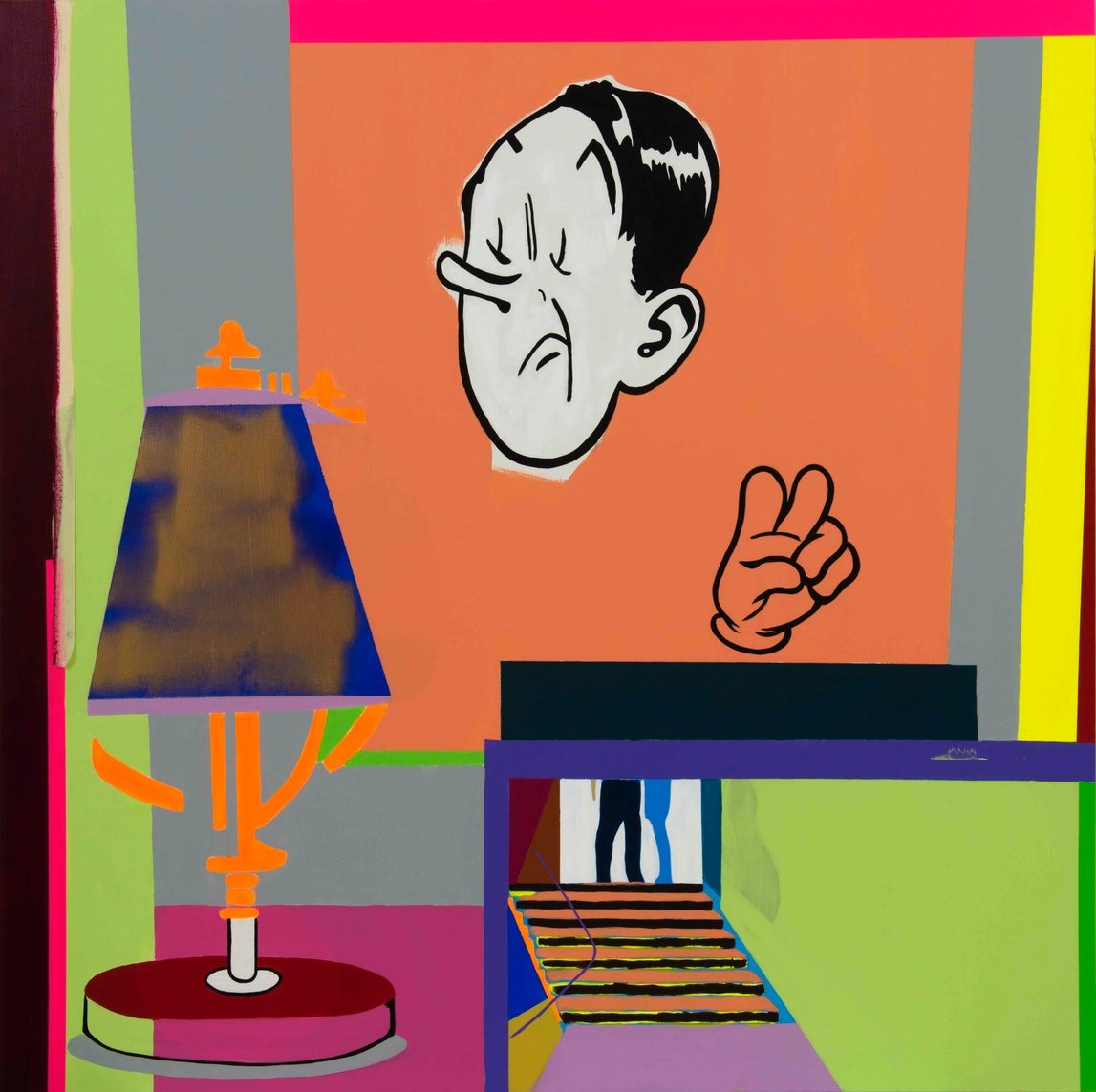 Jaye says that he did not intend to explore a particular subject matter or theme, but that his work was rather the product of free exploration. “I find it more comfortable to work from a place of experimentation. From there, narratives do unfold and take different directions. I find it very narrow and limiting to work in any other way. I like to start from a position of exploration rather than investing too many hours and thought leading up to the creation, as one might do in commercial design, for example. I’m not consciously designing for an audience.” Turn Around and Kiss Me, by Jaye Early.

In particular, Jaye draws a line between his painting and his more political video work, concerned with private and public spaces, and zones of confession in an online space. “I like to keep my painting more playful, and free from political subtext. I like the idea of an artist not being stuck in one particular style.”

“It was fun!” says Jaye of his Sulman painting. “I don’t think fun is a bad word with painting – I think artists should have fun. I really adore the process of painting and texture of oils and I love exploring how they work on the surface.”

Congratulations again to Loribelle and Jaye! The winner will be announced on the 11 March and the exhibition will be open from the 12th of May to the 9th of September, before beginning its regional tour.  See all previous Bluethumb Archibald finalists here.