It’s that time of year again, the prestigious ‘Archibald Prize’ has been announced. Every year in Australasia hundreds of artists submit their work with the hope of winning the well-known art prize. ‘The Archibald Prize’ is awarded to the best original portrait of a man or woman who is distinguished in art, letters, science or politicis.

The man behind the prize is John Feltham Archibald. He was a journalist, a trustee of the Gallery of New South Wales, and also the founder of Bulletin magazine. Mr. Archibald aimed to foster portraiture, support local artists, and preserve the memory of great Australians. The first ‘Archibald Prize’ was awarded in 1921 and has been every year since.

This year 54 finalists were pulled from a pool of 884 entries. Announced on the 18th of July the winner is Fiona Lowrys portrait of Penelope Seidler. The face that stopped this nation was awarded a prize valued at a whopping $75,000.

The winning portrait is of Australian Architect Penelope Seidler, who is involved with many arts organisations both in Australia and internationally. Fiona originally spotted Penelope at a gallery opening. Struck by her beauty she knew then and there she needed to paint her. 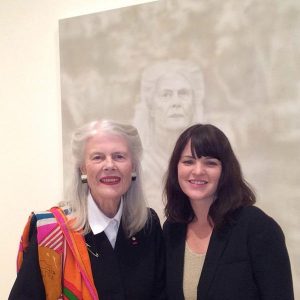 Below is the winning portrait. Penelope is depicted standing in the garden of her iconic house in Sydneys upper north shore suburb of Killara. The work is beautiful in a soft ghostly way. It stands out from the other finalists with lovely soft detail in a pale, monotonal way. 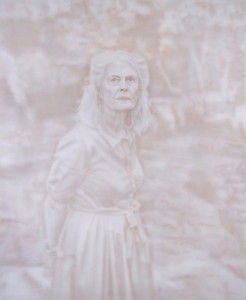 The winning portrait of Penelope Seidler by Fiona Lowry.

This piece along with other who won awards are exhibited at the Gallery of NSW until the 28th of September. Those who visit are encouraged to participate and vote for ‘The people’s choice’ prize.  If you’re in Sydney go and check out the talent. 🙂