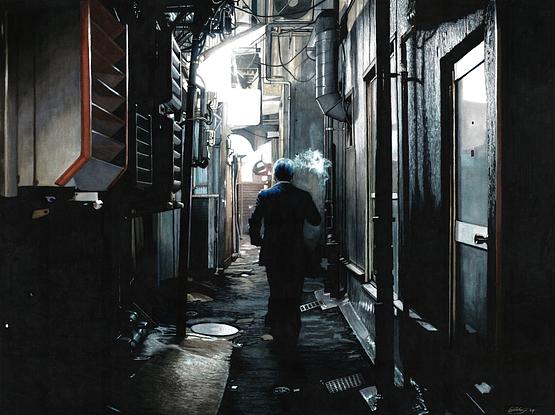 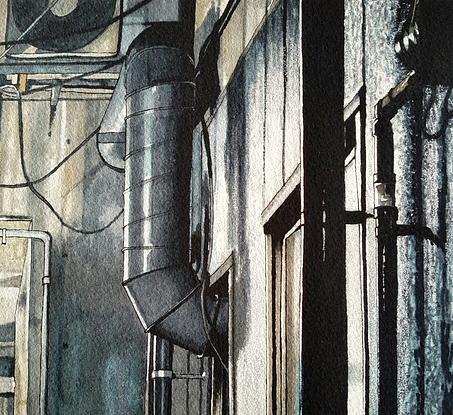 "Smoke" is the second artwork for my second series "A Night in Japan". The original was created using Copic markers and white pencil. This is a large STRETCHED CANVAS, limited edition print. The edition is combined with my paper prints of 50. The colours of the print are almost identical to the original. The canvas used is very high quality, allowing for precision, high resolution images. I am going with a Matte finish in keeping with the original artwork. The canvas has a mirrored wrap around, but single colours are available. It is ready to hang.

I will not be writing any information nor putting my signature directly on the print, instead I will provide a certificate of authenticity which will be numbered and signed by me. This certificate can be taped to the back of the canvas. I am doing it this way from now on as I will be travelling overseas a lot in 2019. My signature on the original artworks will be visible on the print.

This series continues from my first series, 'A Year in Japan', yet focuses on a single night in Tokyo. There is no longer a 'lone man', instead, a variety of people are shown, each going about their lives on this one night which binds them together. My influence for this series is also drawn from the film Blade Runner, a film loved for it's dystopian, 'Neo Tokyo' nighttime scenes. As with my first series, I am attempting to convey the Japanese phrase 物の哀れ 'mono no aware' - the gentle sadness of things. This refers to the ephemeral, transitory nature of the world, which in turn evokes a greater appreciation for things which are quick to disappear, such as cherry blossoms. The scenes I portray are fleeting moments in time, where the figures, objects and light will only be in that exact state for a moment, never to be repeated. Furthering this concept, this series depicts scenes from a single night in Tokyo, highlighting the ephemeral quality of time.

"Smoke" depicts a lone man in a suit, walking down a Tokyo alley at night, his back to the viewer. The smoke from his cigarette drifts over his shoulder. The bright lights in front of him illuminate parts of the scene, providing strong contrast. The mostly black and grey work contains just a few hints of blues and browns. The scene is a glimpse into the life of this man. It is not obvious whether he is on his way home from work or heading out for the night.The style I used was inspired by Studio Ghibli animation and traditional Japanese woodblock prints. 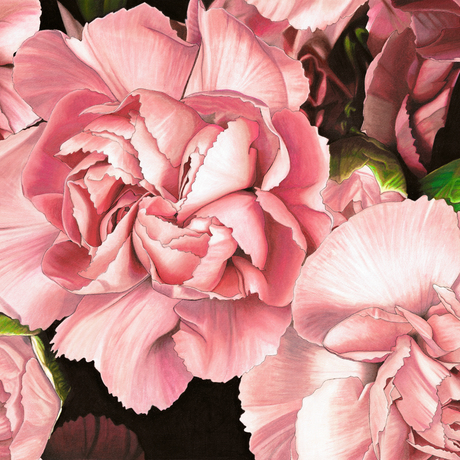 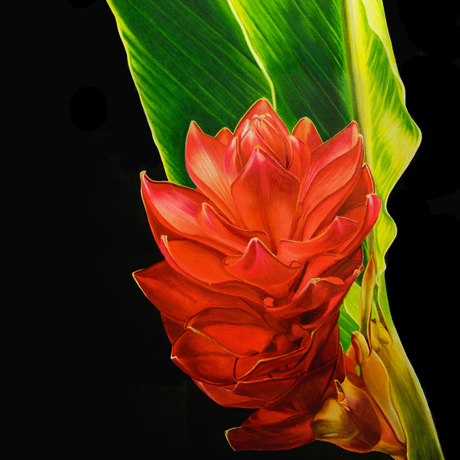 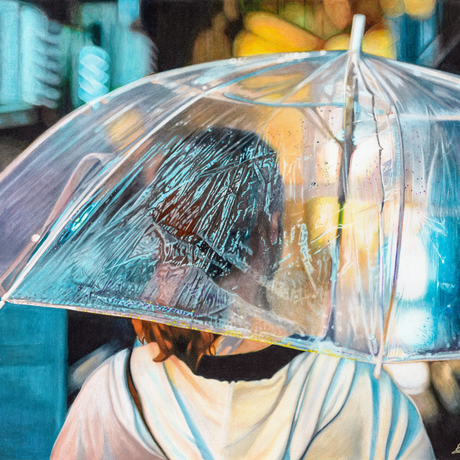 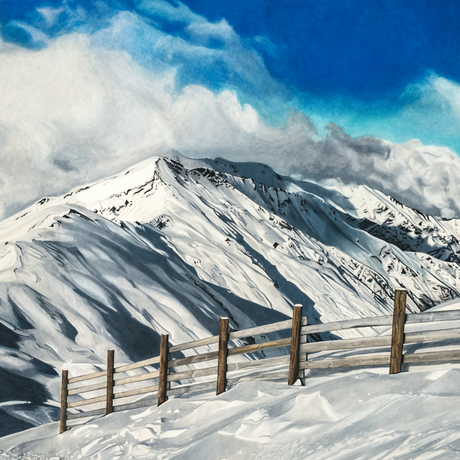