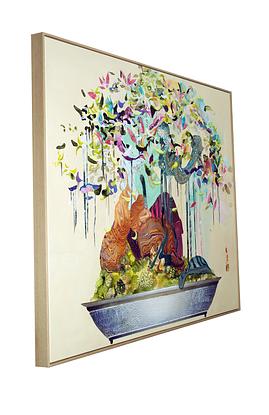 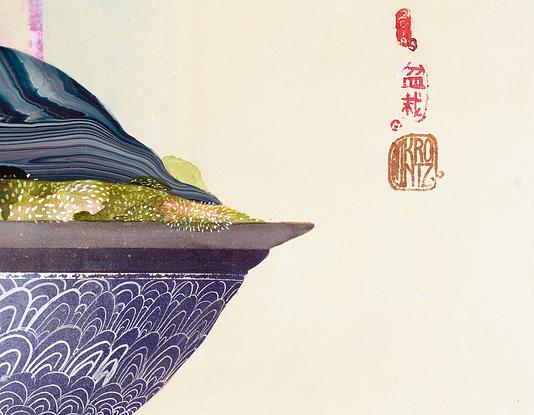 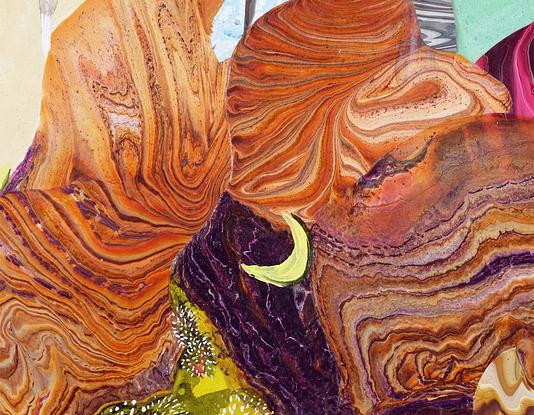 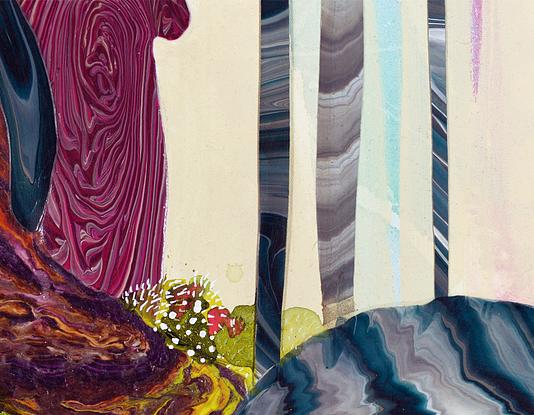 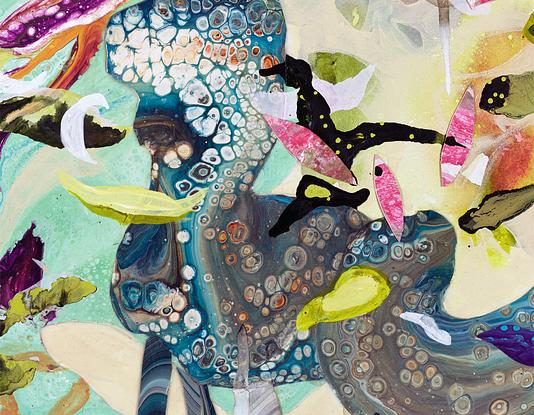 This piece was part of The Big Bonsai Painting Show, Melbourne, April 2019

I have been drawn to all things small from a young age, and I remember when I first came across a bonsai, I couldn’t quite believe it. It had age that showed in the bark, and the twisted and gnarled branches. It was alive and it was magic. Their mystifying qualities were intensified by the Karate Kid movies with Mr Miyagi, the master of all things to the then 5 year old me, taking extreme care in the pruning of his bonsai trees. This was a man who could catch flies with chopsticks, so growing a bonsai was clearly reserved for those with special powers.

I learned about bonsai by reading every English language book and article I could find. This was a pre-internet era, so that wasn’t too great a feat. I took a crack at growing them myself, not really understanding the effect of the harsher climatic conditions that Brisbane would have on the trees I had learned about and loved (aka Japanese Maple). I eventually had some luck with a Moreton Bay fig, but then I became too transient to hold down a garden of any sort.

It wasn’t until well into a career of painting that I thought I could combine the two passions, and it was through the act of painting them that I understood so much more.

I had been a “fluid artist” from early on. I was more interested in what “nature” could create when I threw paint, or allowed it to pool, or let gravity have its way. And there are many many fluid artists, but I think I have always maintained more of an element of control and manipulation. When working, I have an idea of what I want to achieve, but I work with the nature of paint to create something far more interesting than what I could paint on my own. This, I realised, is like what it is to grow a bonsai. The grower gives the tree some parameters, in the form of a pot and tree style and shape, but it is the tree does the work.

You could go philosophically deeper, for when a bonsai grower chooses a young tree to create a bonsai, she looks for the shape and potential that is already there. And as the tree grows, the tree grants her choices as to which direction or shape to form. This is the philosophy of the Dao, or the Way. Similarly, each bonsai painting I create is with multiple layers whereby each layer informs the next.

When I was in Japan studying Ukiyo-e (woodblock printing), I had the privilege of seeing some of the oldest and most sensational bonsai. Many of them in Omiya, a village on the outskirts of Tokyo where they were housed to keep them safe from bombing during WW2. I have been back to explore further since then, so I think it’s safe to say the obsession has not faded since childhood.

The works in The Big Bonsai Painting Show are modelled from those I saw in Japan. The way in which they are painted follows a Daoist philosophy, and are “grown” layer by layer from the canvas up. My goal has been to capture a sense of nostalgia (we all have associations to times of the year that plants are in flower or when leaves change colour), and an experience of other-worldliness by painting them in a scale that’s larger-than-life and presenting them together in the one space. 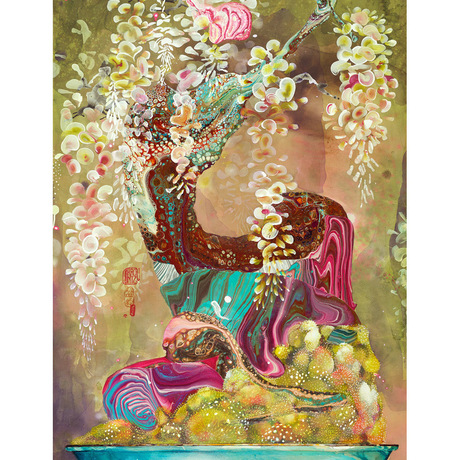 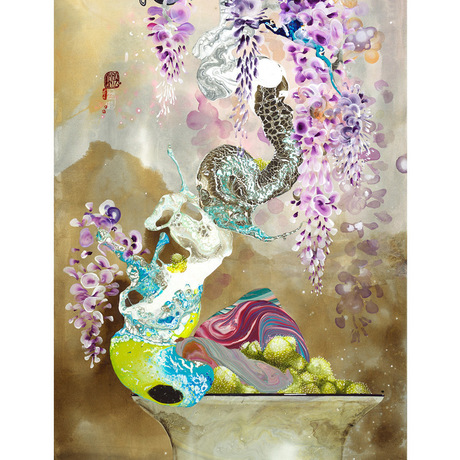 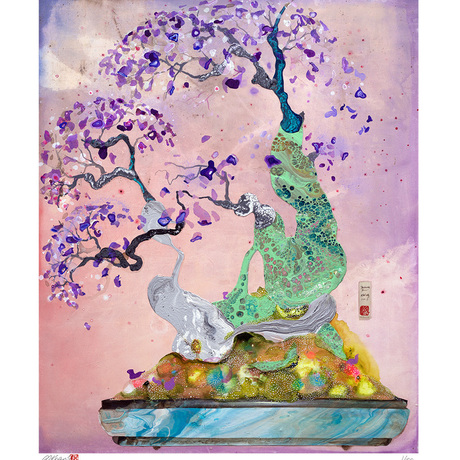 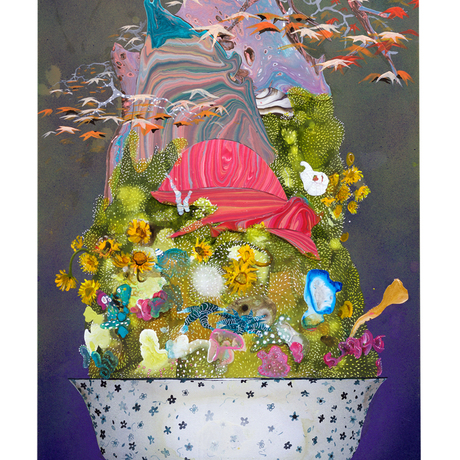