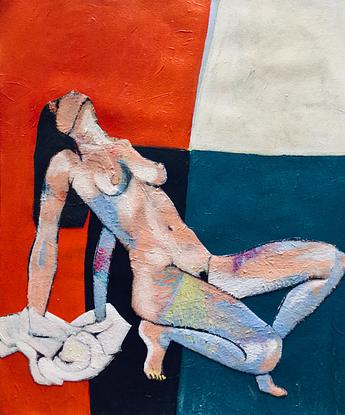 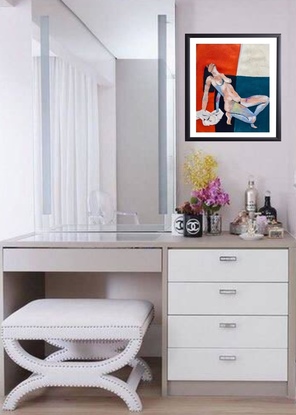 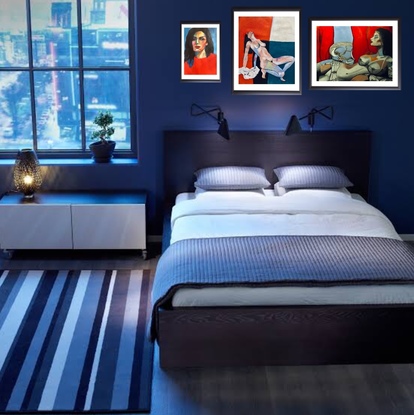 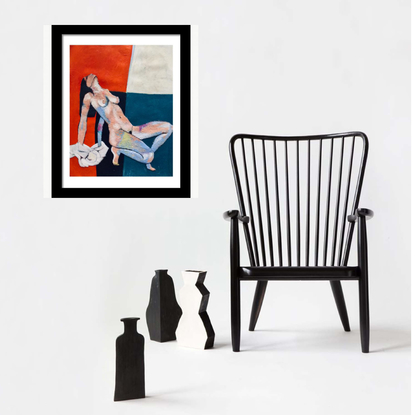 In 1999, Futurist Ray Kurzweil published a book titled The Age of Spiritual Machines which includes his famous prediction, that around 2045...

"...the pace of change will be so astonishingly quick that we won't be able to keep up, unless we enhance our own intelligence by merging with the intelligent machines we are creating.”

Developments in genetics, nanotechnology and robotics (GNR) are laying the foundation for the Singularity, represented in my painting by the red curtain. The semi-abstracted female nude represents the vulnerability of humankind as we are about to enter a new realm of existence, in which we will never be solely flesh and blood again.

Thinking about this brought to mind one of my favourite films, Blade Runner, and the female android, Rachel Rosen, so perfectly created even she herself doesn’t realise she’s not human, until the main character, Deckhard, tells her.

The figure was drawn with charcoal, painted with acrylic on canvas, then cut out and pasted onto a sheet of Arches paper. The background was painted onto the paper with acrylic. 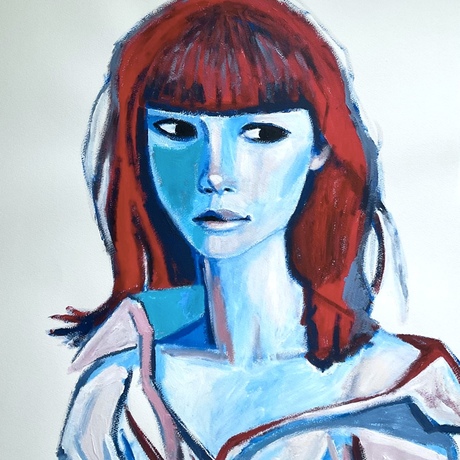 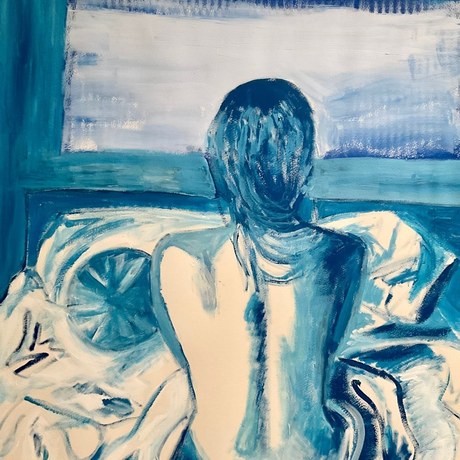 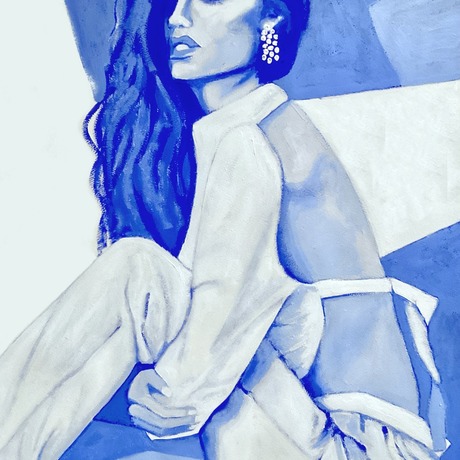 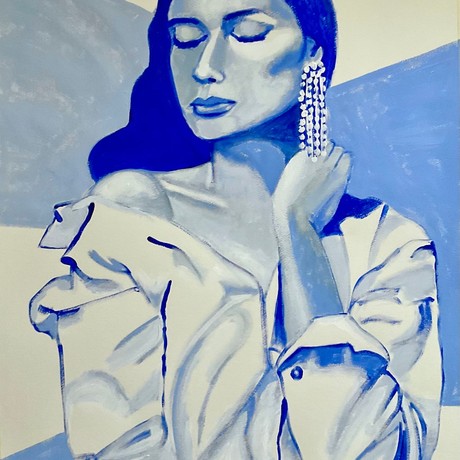