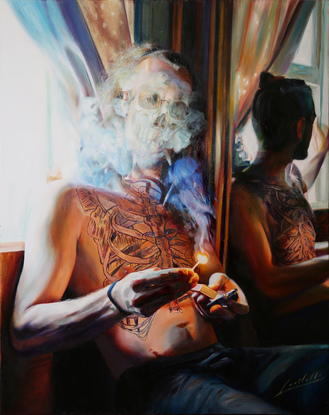 Carl Jung once said that the majority of his patients were not suffering from any definable disease, but a more seething existential crisis of not knowing their place in the world. Nowhere is this more palpable than for the youth of today. In the last couple of years, I created a series of ‘Memento Mori’ portraits, depicting a series of characters in my life who were undergoing depression or anxiety. This portrait is of a friend who epitomised so much of what I wanted to say about the self-annihilatory way in which we humans can punish ourselves beyond the point of rationality, becoming something else in the process. 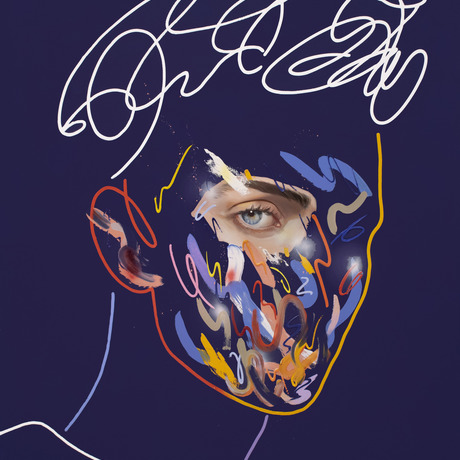 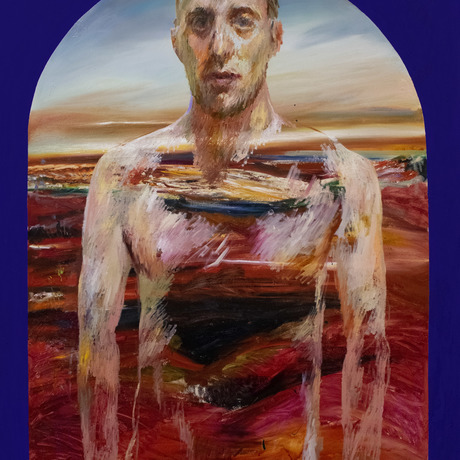