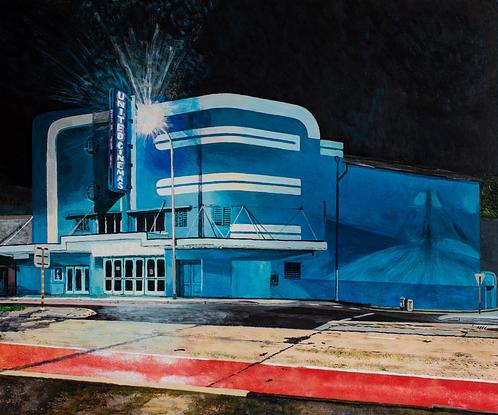 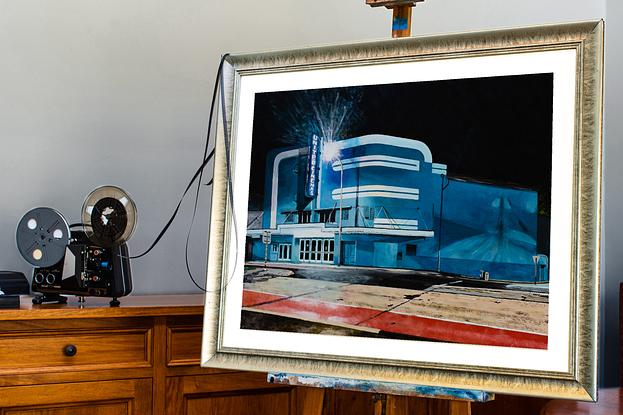 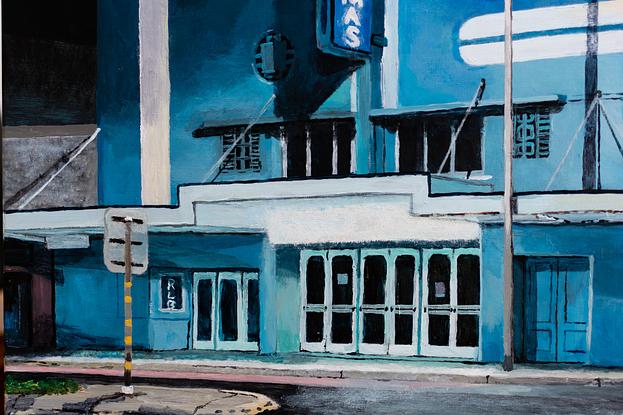 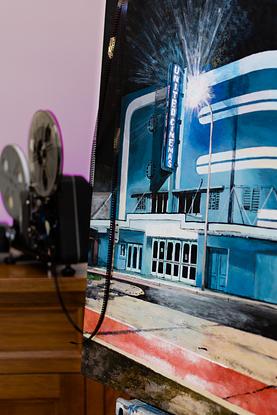 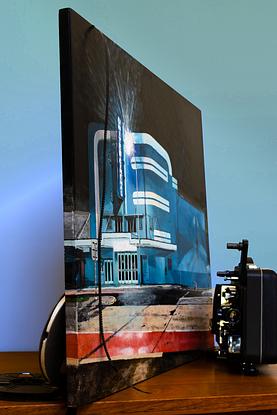 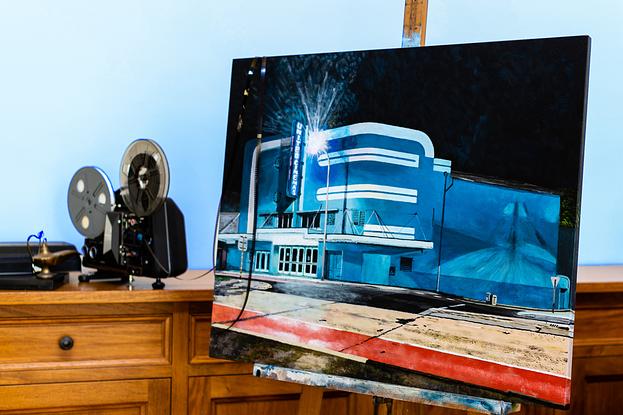 At the stroke of midnight, I took a photo that inspired this painting of the Collaroy Cinema. The theatre, on the corner of Pittwater Road and Alexander Street with its iconic Art Deco architecture, has served the Northern Beaches community since its grand opening on the 8th April 1938.

A search through the Trove archive reveals a Sydney Morning Herald newspaper, dated 21 September 1937, with a story tantalizing its readers with the details of a new building under construction. The paper reported the cinema is designed to seat a 1000 people in luxury equal to the latest city theatres around the world. The patrons will have a comfortable lounge space on the first floor with large windows overlooking the ocean. The feature story continues to the next paragraph that I’ve quoted below.

“Subdued but colourful lighting will be given indirectly. The decorative treatment in the auditorium is a study in simplicity contrasted with richness concentrated on the most important positions. Mechanical ventilation and heating plants will be installed. The sound equipment will be of the most modern and effective kind. “Source https://trove.nla.gov.au/newspaper/article/17408008

The colour scheme of the United Cinema looks striking day or night, however at night I like how the orange bus lane contrasts against the light and shadows of the blue and white art deco walls of the theatre. The Collaroy Cinema is a 2nd addition to my Sydney Art Deco Style series. The 1st painting featured the pedestrian walkway entrance to the Sydney Harbour Bridge. I’ve captured both buildings at night to showcase the geometric shapes carefully considered in the design for each building.

Collaroy Cinema comes with a 1 minute video revealing the story of its making. 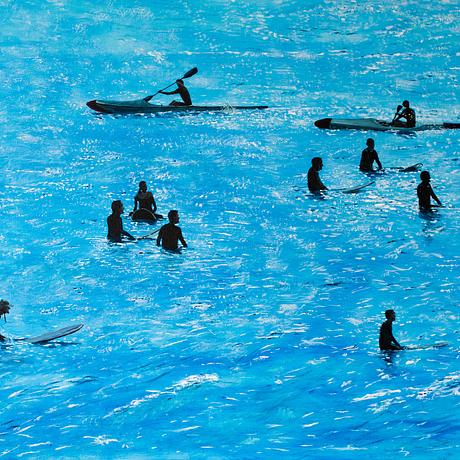 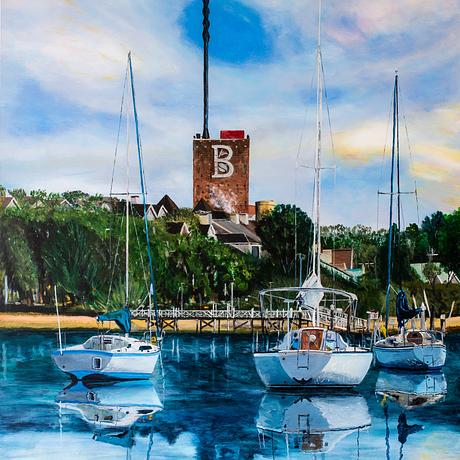 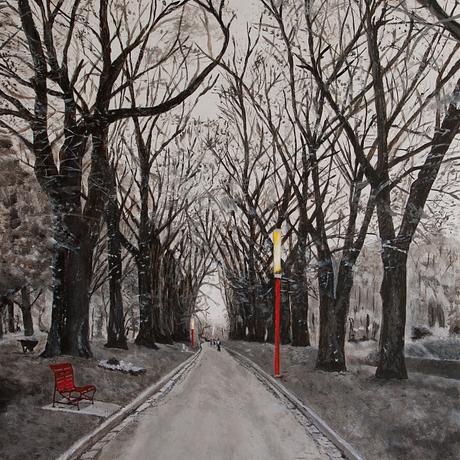 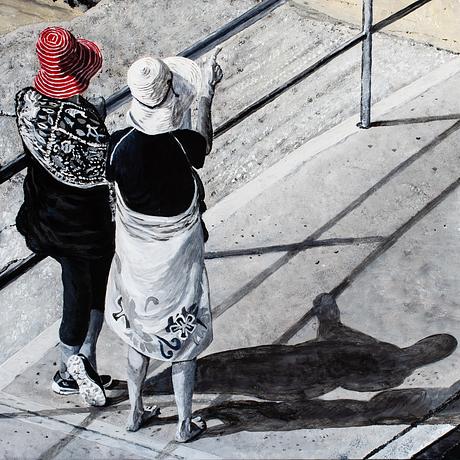