What Makes an Artist: Jet James

Formative moments are not always easy to pin down, however, for artist Jet James, the beginning of his relationship with art is both crystal clear and profoundly poetic. “When I was seven I vividly remember my father [an artist] pushing oil paint around the canvas to create an arrow piercing a heart,” he recalls. “It was that rainy night in a dull yellow room that ‘art’ left a lasting impression on me.” Art remained front and centre for Jet after his parents tragically passed away at the young age of eight. “I found art as a powerful gift to express my feelings and give purpose in my life,” he tells us. His time growing up on remote cattle stations, away from distractions typical to many teenagers’ lives, allowed him time to develop his artistic skills to a professional standard. As a result, “by the age of 15 I realised I wanted to be an artist more than anything.” 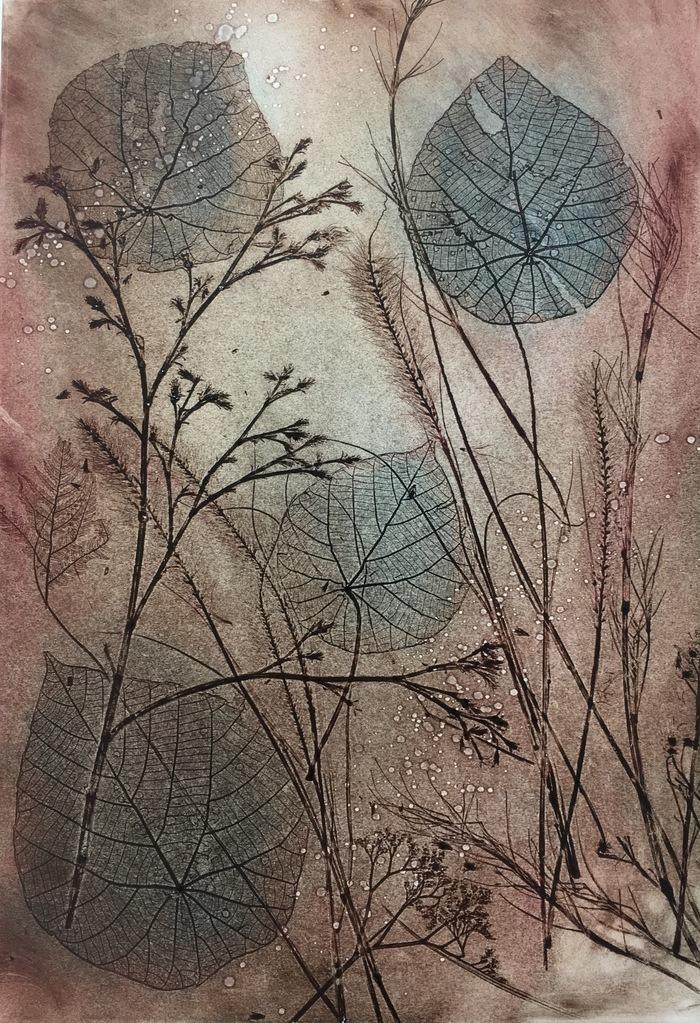 Jet’s impressive portfolio on bluethumb tells his success story for him, as does his long list of exhibitions and art prizes, which he first began to win in his teens. However, to this day complacency isn’t Jet’s game, and he continues to reach further with his art each day. “I predominantly explore the technique of collagraphy, which is under the umbrella of traditional printmaking, however, the materials and processes are often experimental.” “I love building up a varied and tactile surface – I’m often etching, spray painting, collaging, embossing, carving, painting and burning the surface. There is also a sense of mystery at this stage, but it’s when you take a printed impression from the surface the artwork will finally reveal itself. It’s the entire discipline of printmaking that I love.” The moment of truth as the work finally reveals itself

In the same way that Jet builds up the surface of his artwork using various techniques, he has also gradually built up his own artistic style from different sources. “My father has left a lasting impact on me, but also the lyrical linework of Brett Whiteley, and the experimental mind and expressive linework of my late mentor Peter Indans. Each added a layer of influence in helping create my own vision.” Self Portrait with Reading Specs by Brett Whitely. Source: The Courier Mail Additionally, Jet seeks inspiration on a daily basis from what lies around him. “I’ve always found inspiration from my surroundings, whether it be capturing a self portrait with a mirror or visiting the ocean to capture its stillness and power.”

Outside of his ever-expanding art career, Jet likes to visit the beach, drink a large quantity of tea, read and cook. See more of Jet’s work here.

Plein Air Painting: What, When, Why, How and Who?