Addicted to Colour and Texture: Franko

Contemporary visual artist Paul Franklin, or Franko, as he’s known on Bluethumb, is known for his prolific output, free use of colour and texture and the fact that he doesn’t take life too seriously. Paul Franklin at work in his studio.

According to Paul, his full-time art career started somewhat by accident around ten years ago. “I had actually just closed a chapter of my life, and my wife and I had bought a ‘renovator’. We had lots of blanks walls, so I started to experiment with ways to fill them. From the get go, I painted a mixed bag of subject matter and styles to suit each room, but always liked the depth of texture and layers, so everything came with ‘texture’. I also found it very forgiving. A mistake, simply became another layer. Friends and family started to say ‘Hey, that’s great – you should sell that.’ Not being sure if they were just being polite, I thought I would have a crack at it.” 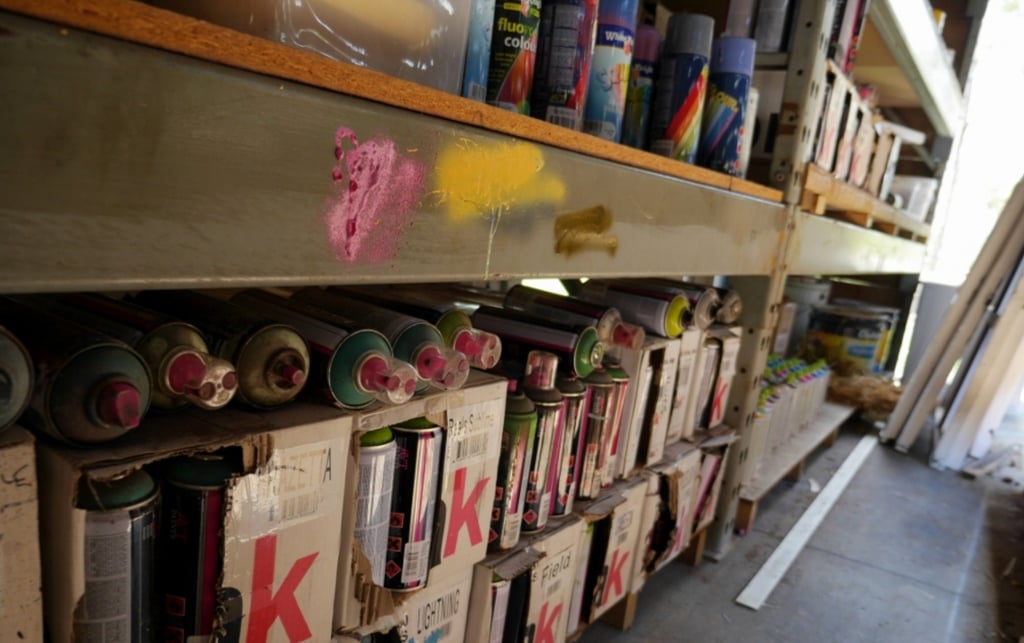 A few tools of the trade.

“I didn’t ‘work’ for the next 12 months. That time was spent experimenting, learning and putting together a range of pieces that fitted into a few different ‘ranges’ that were always connected by the use of texture and layers.

Before this time, Paul was working in graphic design. “Graphic design and art are not so much distant cousins,” he says, “as they are brother and sister. People don’t view a great logo, or amazing advertisement layout in the same manner as a painting. Both require talent and creativity. My urban pop pieces are obviously a throwback to that time of my life.” Taking a step back on a near-finished artwork.

That commercial aspect of Paul’s work has carried over into his life in the ‘art world’, in his desire to create something with truly original appeal. “I experiment a lot but consider I am quite commercial in my approach looking to achieve a different “whole object” to present to the market, rather than a different thing, painted in a different way on the same old canvas.” Things can get messy in the artist’s studio!

For example, Paul spent 2 years working on a concrete base that easily sticks to canvas. “I am not a fan of fake rocks. No matter how good they are, they will never pass as the real deal. So a paint that looked like concrete wouldn’t pass, and a slab is too heavy.”

Now, Paul says, he generally produces works that fall into four genres: Abstracts (his first love and sometimes his biggest challenge), Urban Pop (he gives these pieces a textured base, to represent an old wall with advertising posters), Industrial Pop (using materials such as vintage books and comics, concrete bases and upcycled palettes) and Abstract Realism (depicting persons or objects against an abstract background). In every genre, Paul’s approach centres on texture and layering. “The subject matter will always be related in some manner to the book I have chosen and often the book will be very vintage or controversial.”

Paul says of his approach to structure, “I will organize works in a ‘series’ and will also repeat the subject matter, or, with abstracts, the colour palette. However, I will present [the new piece] with different colours, composition or materials. One day I might use the colours or subject in an abstract realism piece and six months later on an urban pop piece.” 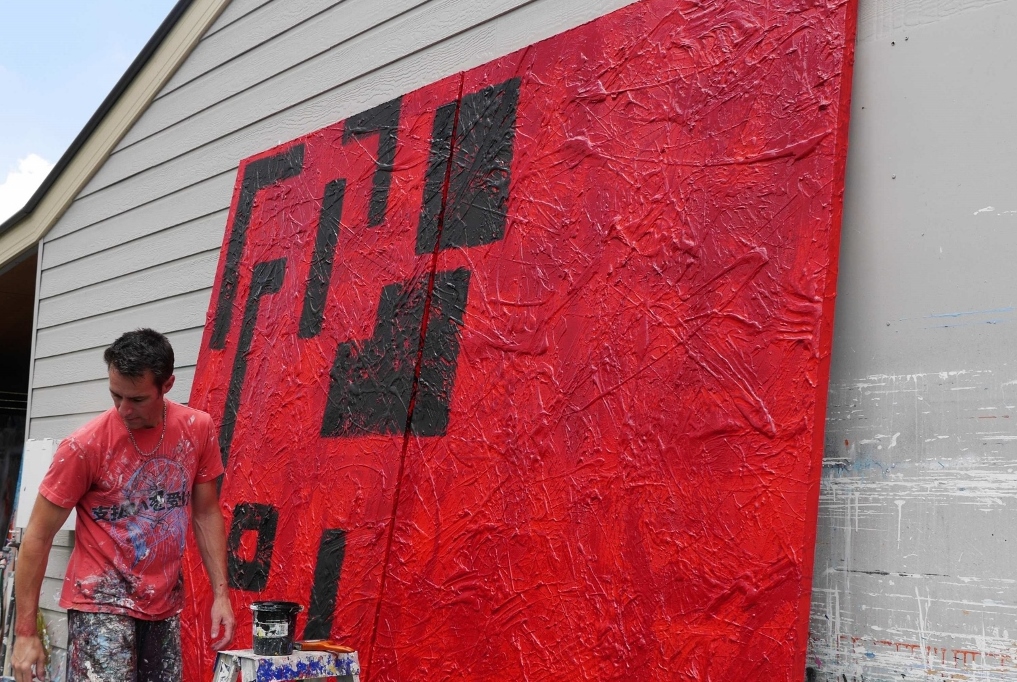 Paul’s work is diverse and varies across several genres.

“There are advantages and disadvantages to working in multiple styles and series,” says Paul. “It can be a bit of a mind bender moving from one to another and I tend to spread myself way too thin between them, wishing for each to have its own success. On the other hand, I find that it’s always an adventure as there is always something new to mashup using a different method and set of tools to what I was using the day before.” A lot of inspiration has clearly gone into just this portrait alone!

While he might not have a ‘story’ behind every piece of art, Paul says “I do find a lot of inspiration in things seen during travel. Simply put I am inspired by ‘Beauty,’ and that can just as easily be found in the colours of a decayed or rusted object as in a glamour magazine. I am all about ‘happy’ art… creating art that will make peoples living spaces joyful and bring smiles to the faces of my clients.