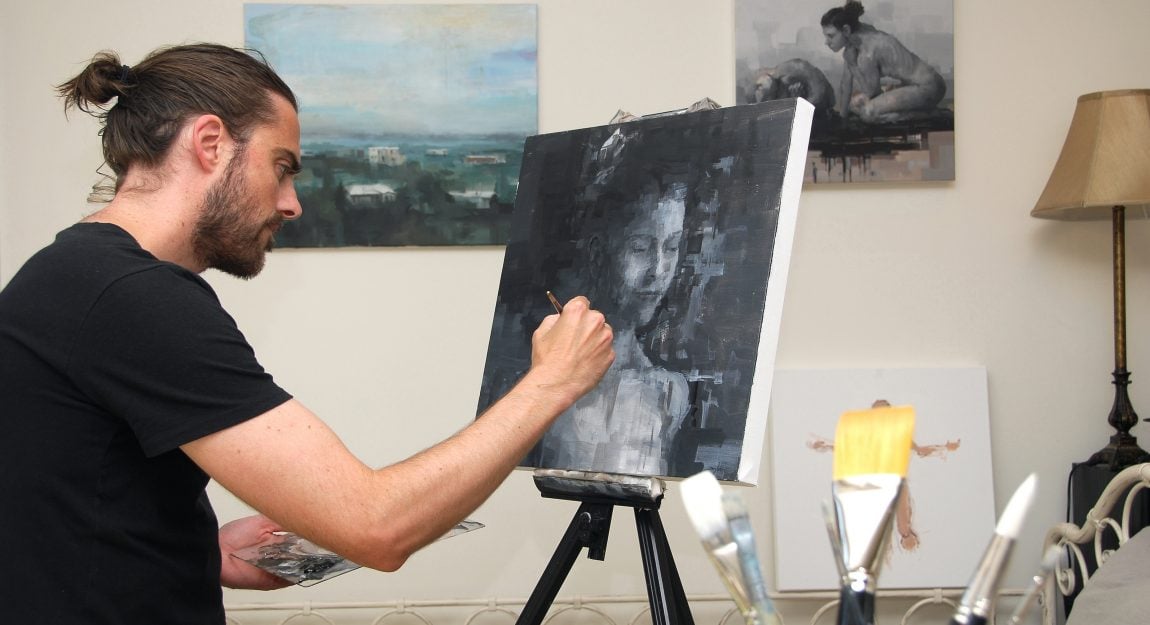 What Makes an Artist: Evolution of Dylan Shearsby

“Drawing and painting becomes your primary means of relating to and communicating with others.” – Dylan Shearsby

Sorrento’s Dylan Shearsby could draw before he could walk. An artist who refuses one creative talent only, Dylan is a cartoonist, painter and professional storyboard illustrator who “seeks to blend realism with the distortion of dreams”. 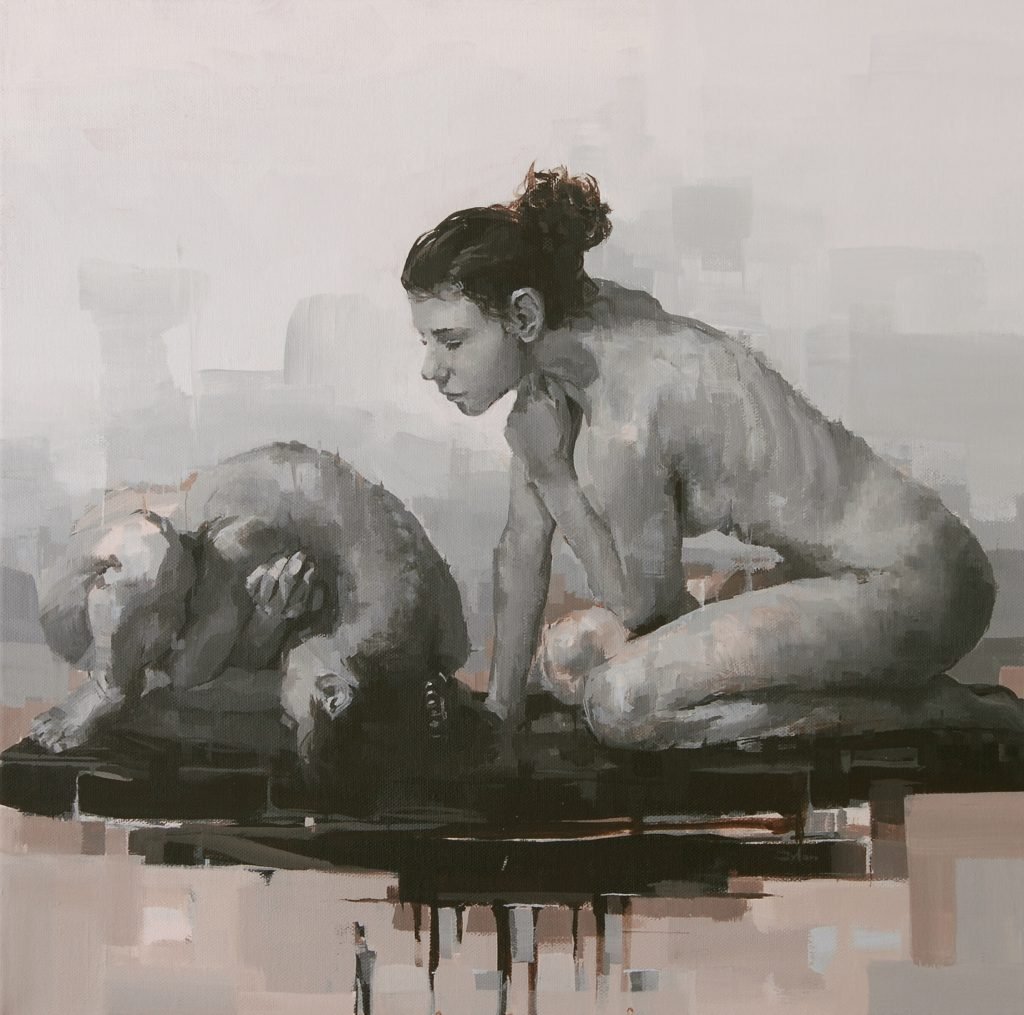 Born in South Africa, the artist has drawn the human figure in an “artistic way” since the age of six. It wasn’t long until he started earning a small, yet profitable income for his artistic talent. “In primary school, I used to draw the Ninja Turtles with coloured pencils and sell them to other kids for 50c each,” Dylan recalls.

At the age of eight, Dylan moved to Melbourne. He studied a form of traditional ink painting, Japanese Sumi-e, under late French master, Andre Sollier. “He would tell us about his time in Japan. What was particularly interesting was his stint as a fighting monk in the mountains, bathing in ice water and eating only rice,” 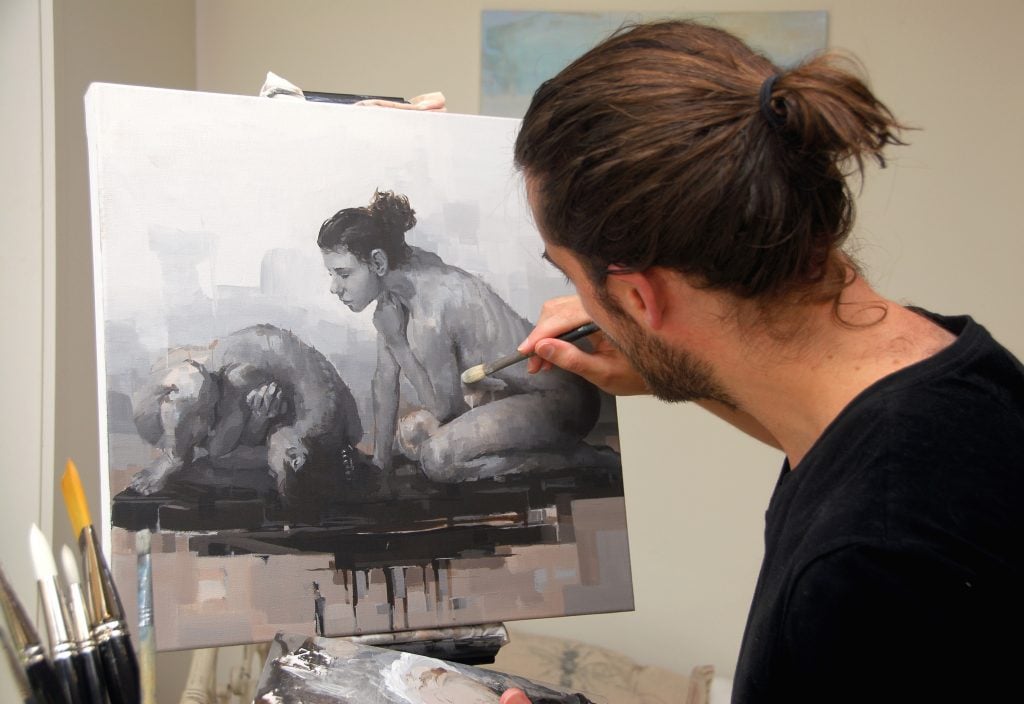 Like most of his peers, Dylan sought an education to develop his skill within the industry. “I applied to study animation at RMIT where the staff that interviewed me looked at my folio and said that I would make a good storyboard artist,” he says. “One of them in fact immediately asked me to storyboard his film.” An experience that inevitably launched his career in freelance storyboarding. Now specialising in feature films, television and major advertising campaigns, Dylan admits his luck with mentors. Another mentor that had a profound effect on him is Melbourne artist Andrew Gemmill. In an effort to improve his skill with colour, Dylan attended Andrew’s watercolour class. He was inspired by a unique technique to create artwork “with a floating, cloud-like quality,” a style Dylan has taken to another level in his work today. “I spent several years just trying to get a handle on the medium of watercolour. I was trying to make my work look like other painter’s work, not really thinking about what I could contribute to the subject,” he explains. It wasn’t until recently Dylan achieved a breakthrough in his work. “I can feel the painting take on a life and vitality of its own. It develops a personality that I couldn’t foresee.”

The artist believes Surprise is his best work to date. Illustrating more than a conventional portrait, “the pose and expression changed until the final state was reached where it felt right.” 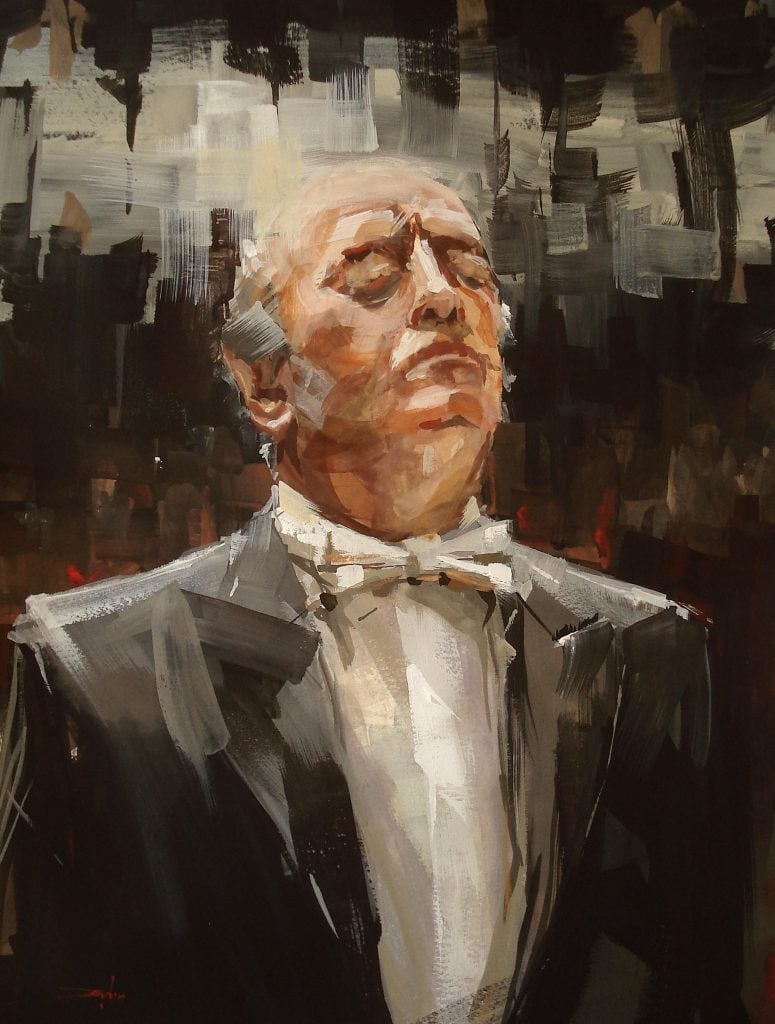 A Night at the Opera by Dylan Shearsby

With 10 per cent of his bluethumb sales donated to Animals Australia, Dylan loves the control he has selling his work online. “[bluethumb] allows me to offer unique work for sale as it is produced, and not necessarily in a forced ‘series’ as is often required by a gallery. It also allows me to set clear, current price points, which is useful for anyone making enquiries about my work.”

Currently, Dylan revolves the subject of his pieces around the human figure, anatomy, dance and movement, exploring them through acrylic, watercolour, gouache and charcoal. In his mentor’s footsteps, he plans to run workshops in painting and drawing over the next twelve months.

Find out what all the fuss is about, see Dylan’s painting and illustrations here.

What Makes an Artist: Clair Bremner