When Matthew Broughton was growing up in Geelong, he found his introduction to art from looking at the covers of vinyl albums. He was particularly inspired by Led Zeppelin’s self-titled album, Split Enz’s True Colours and Icehouse by The Flowers. Not very athletically inclined, he turned to drawing cartoons and lettering to gain some “street cred” from his peers. Matthew at work in his garage studio.

Matthew developed his skills in lettering, and followed them into a four year apprenticeship in sign writing. This was back before the era of computers. He was only 16 at the time and had left school to pursue this skill. However, he still held the dream of being an artist, and so he later returned to study design and then art. He explains, “I always wanted to be an artist, and painting letters was a start.” Matthew hard at work on his lino cuts.

After completing his studies at the University of Ballarat and Charles Sturt University, Matthew has earned a living as a graphic designer, illustrator and textile designer. He worked in-house for advertising agencies for a while, before transitioning to his own freelance practice. He explains how he balances his career with his art; “in between my commercial artwork, I’ve always got a few paintings and lino cuts on the go.”

The inspiration for Matthew’s colourful landscapes comes mostly from interacting with the Victorian coastline. It makes sense for him to connect with this landscape, as it’s the region he grew up in, despite living and travelling all around the world for a while. When it comes to painting the area, Matthew tries to “mix the colour of the landscape with patterns and shapes that [he] can see in the land.” 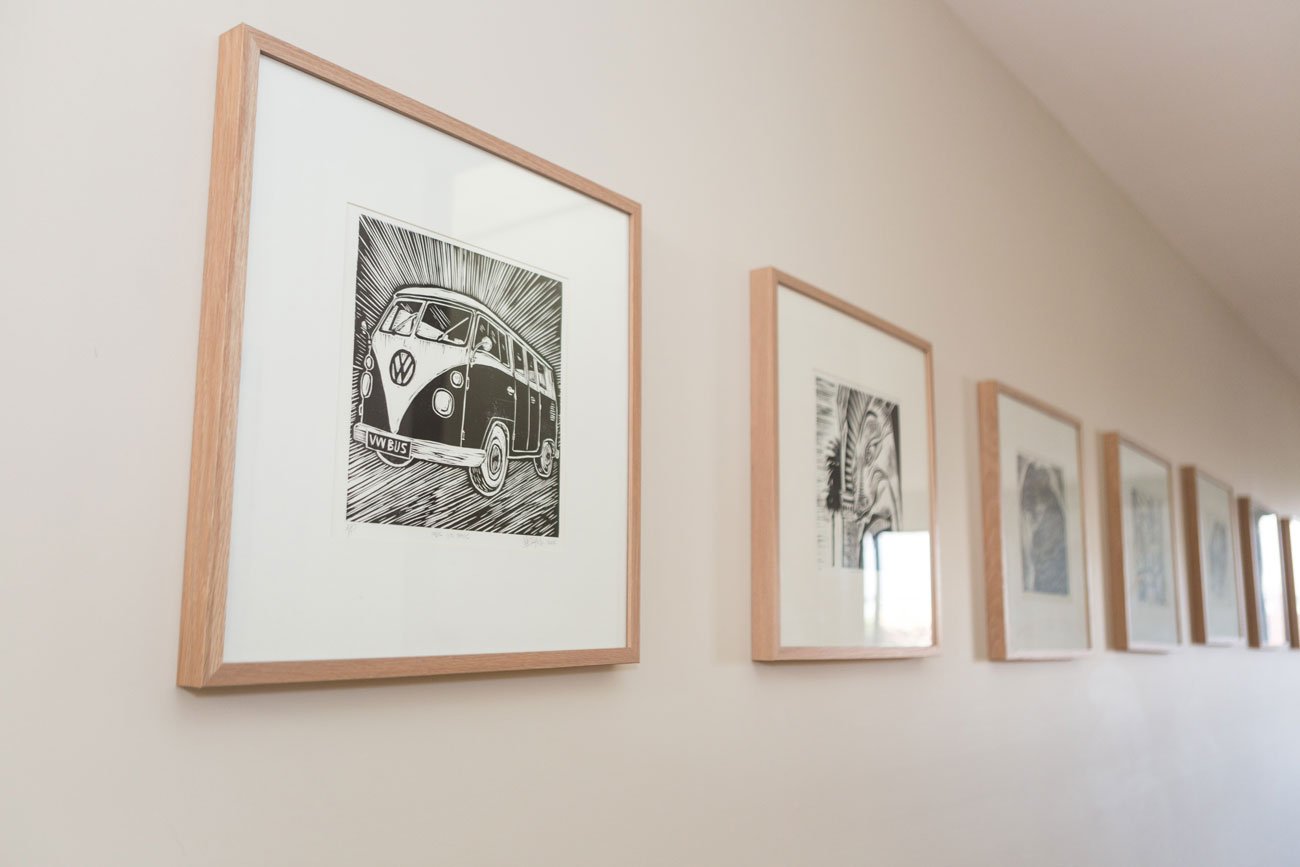 His home is filled with art, much of it his own

Matthew’s bright and whimsical painting style contrasts with his monochrome lino cut prints. Even the subject matter differs – while his paintings are of natural wonders, his lino cuts have more urban subject matter, such as Melbourne trams and other forms of transportation. While he began his art career with the lino cuts and etchings, his colourful work signals a new era for Matthew. The Tide has Come In by Matthew Broughton.

Mostly, Matthew works in acrylic paints. The fast-drying time and lack of fumes are what attracts him to this medium. He claims “I’m too impatient to work with oils.”

In the future, Matthew plans to paint some of the delightful, iconic beach houses from the 1960s and 1970s. He’s interested in them because “they have so much character but unfortunately are disappearing.” Also in the works is a series of bird paintings. 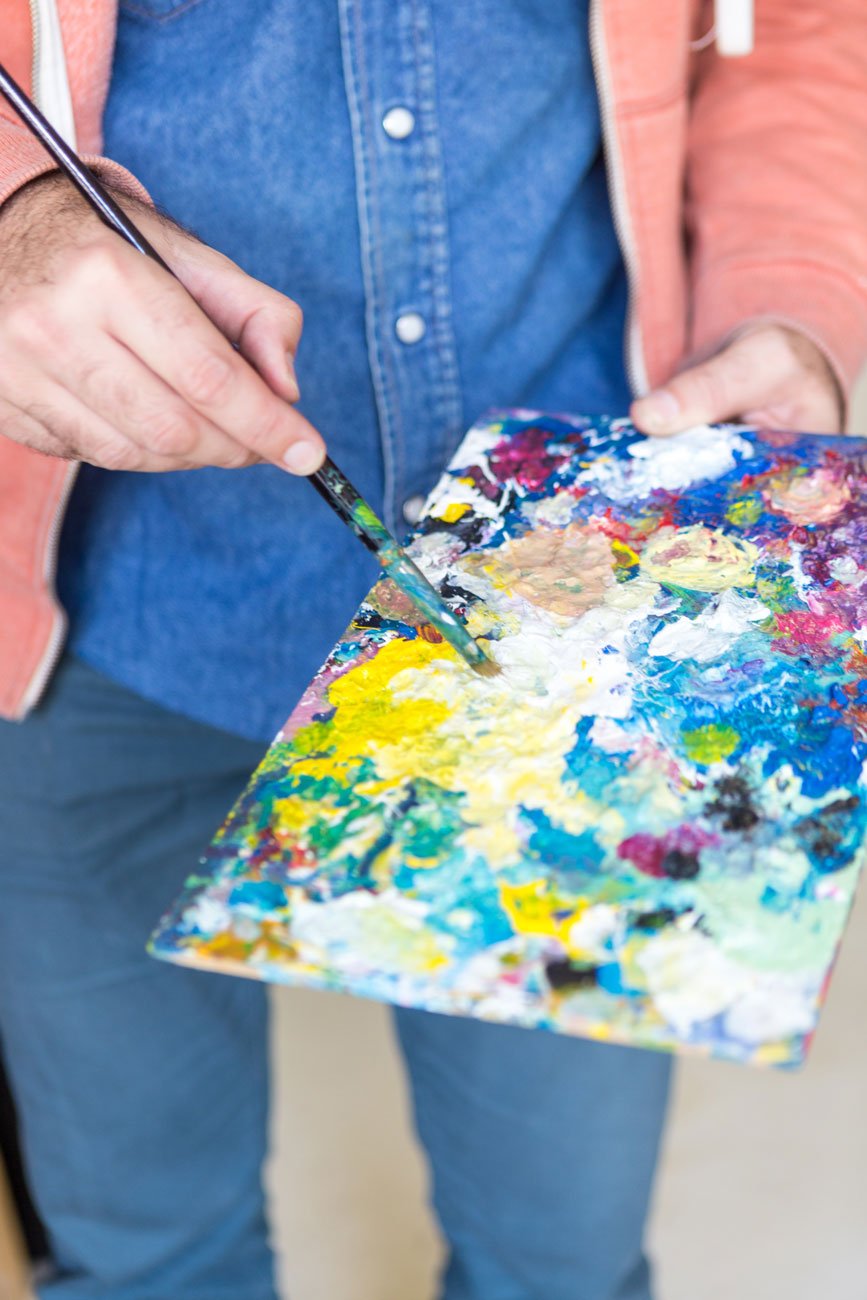 Art is play for Matthew, and he has fun using a very bright palette.

Art is play for Matthew. When he creates art, his main goal isn’t to change the world, but simply to have fun. It’s the process of creation that he loves. He says that “so many things in life are just so mundane, and art is an escape from that. It’s magic how art can take you away to another world. I also feel that music has that effect too.” Music has always been another passion for Matthew.

Music is also a large part of Matthew’s life. Not only did music trigger his interest in art when he was younger, but Matthew continues to play guitar himself and has a small collection of beautiful guitars.

You can find Matthew’s landscapes and prints on his Bluethumb profile.