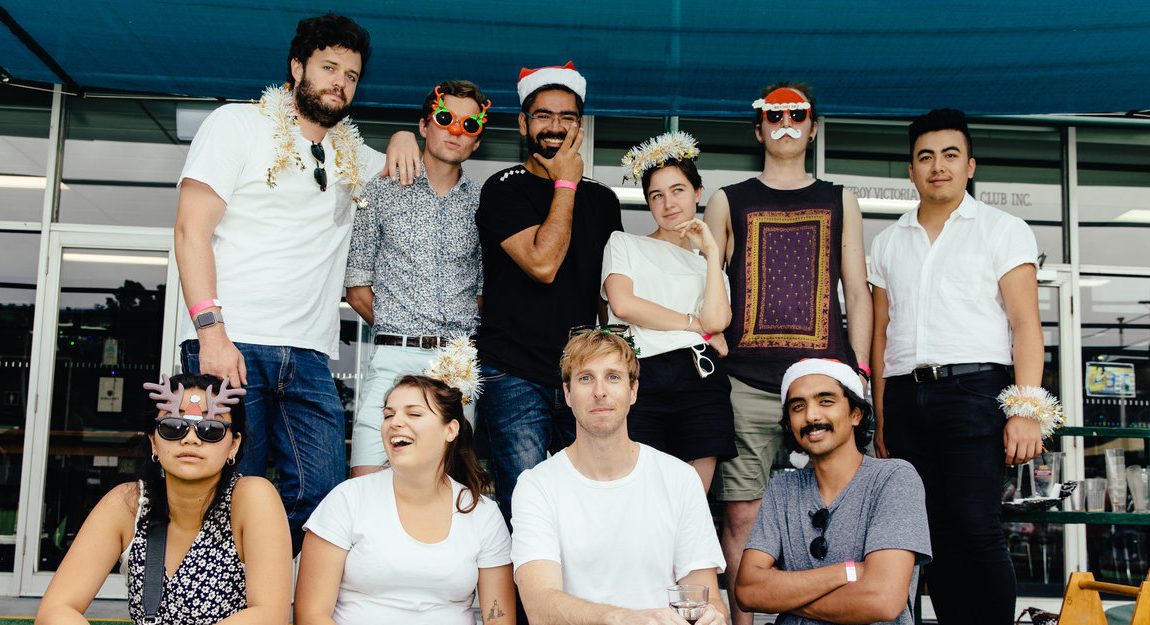 A Year in Review: Highlights from 2017

2017 has been a huge year for Bluethumb. Below, we’ve summed up just a few of our favourite moments over the past twelve months.

What better way to start the year than with our inaugural Bluethumb Art Prize? After an extremely tough selection process, expertly navigated by our panel of twelve judges, we ended up with an incredible exhibition and a fantastic opening night, that proved an exciting date on the art calendar. Our 2018 prize promises to be even bigger, with new category awards and double the prize money. We can’t wait! See you there? Admiring the exhibition at our inaugural Bluethumb Art Prize.

This year, we were thrilled to support the Helpmann Academy by funding a brand new award at the Helpmann Academy Graduate Exhibition. The Helpmann Academy is a tertiary initiative between South Australia’s universities and TAFE. In addition to presenting a graduate exhibition each year, the academy also provides emerging artists with other opportunities for professional development, such as mentorships and exchanges. Here’s to the next generation of fabulous artistic creation! In March, we held our first exhibition in our new Collingwood studio space, The Art of Ben Hall, by Bluethumb favourite Ross Morgan. The show celebrated the hand-drawn artwork that Ross created to be used in the film and its promotion, including in its main poster! We all had a fantastic time, and a few people even took home an original piece. Ross’s incredible hand-drawn poster for The Legend of Ben Hall. They don’t make ’em like this anymore!

This April saw Bluethumb receive a raise in investment, which, as any startup company can tell you, can make all the difference! At this point in the year, some new key staff members were welcomed to the team and we were able to launch some exciting new projects.

May: Art Galleries and Art Centres on Bluethumb

This was a big one! Creating a dedicated section of the website just for galleries made it easy to welcome remote Indigenous art centres to the site (see for yourself in this article by The Guardian). In the words of Bluethumb co-founder and managing director Ed Hartley, “We are determined to continue to improve the technology and on ground support for art centres and galleries. It will take significant investment to build it up to where it needs to be, but I strongly believe in its long term value. I think we can build the world’s largest and most significant collection of Indigenous art, in one accessible place.” Six and a half months later, having welcomed many more art centres onboard and continuing to sell their art, we’re well on our way! 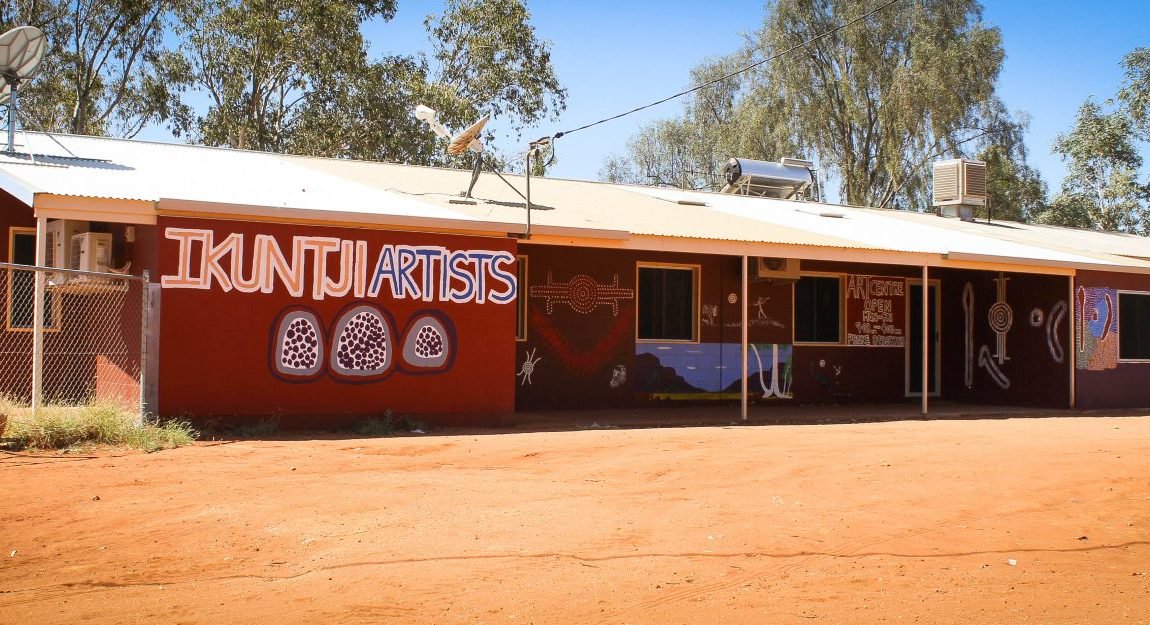 One of the art centres on Bluethumb, Ikuntji Artists. This is where the magic happens!

Another big event of the year was our #MeMyselfandArt collaboration with Eckersley’s art supplies, where we asked artists to post a photo of themselves and their art on social media, use the hashtag #MeMyselfandArt. The idea was that we could get to know our incredible community a little bit better, and that artists were given the chance to win a $50 Eckersley’s gift voucher. We were thrilled to see so many of our artists standing proudly with their work, and had a tough time choosing the winner!

We love seeing so many artists at home in their natural habitat for our #MeMyselfAndArt competition in collaboration with @eckersleys. Here, @rubypurplecreations looks like she’s having a great time making art! #nonudewalls #bluethumbartist⠀

This year, we were thrilled once again to realise that several of our artists had entered into the Archibald with very impressive works, and even more excited to see two of them qualify as finalists! Kim Leutwyler painted prominent sportswoman Michelle Hayman, and Loribelle Spirovski depicted legendary thespian John Bell. Kim was also shortlisted as a finalist in the Sulman Prize. Kim Leutwyler and her Sulman Prize finalist, The Boo and Baby Sitges.

Incredibly, the following month of August saw seven of our most talented female artists nominated as finalists in the Portia Geach – most were already on Bluethumb and some joined shortly after. In the words of one artist, Rosa Fedele, “It’s a beautiful thing when women band together and show solidarity – in any field. Art prizes specifically for women artists are not only important, but necessary.” 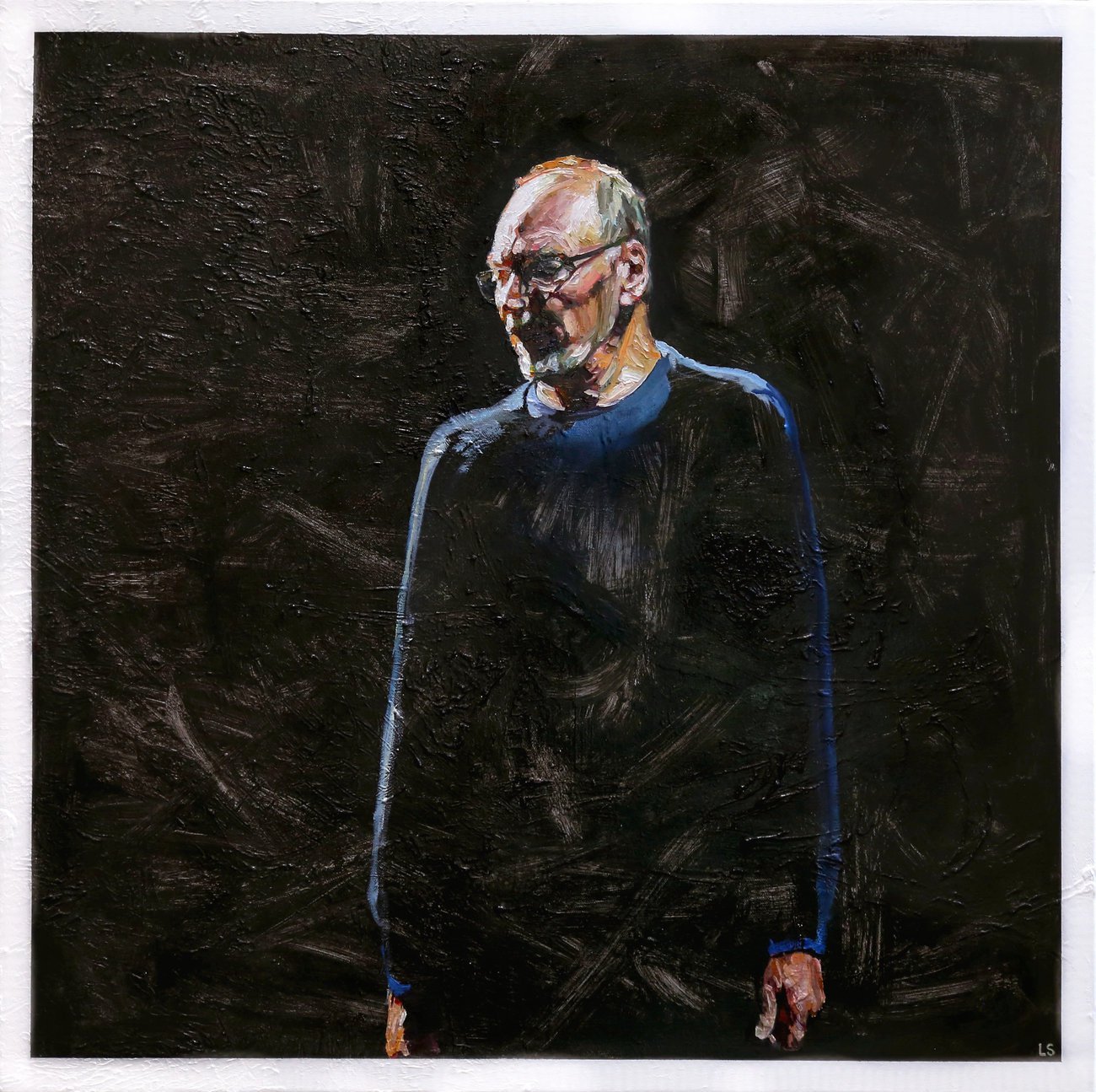 Another highlight from September was our trip to Tokyo, where we were featured in a Qantas ad. The clip shows Bluethumb co-founder and technical director George Hartley travelling to Tokyo to pull together our first pop-up exhibition outside of Australia. As shown in the ad, the show looked fantastic, and George even nabbed a business-class seat on the way back home!

This year, we were excited once again to partner with the annual ANL Mission to Seafarer’s Art Prize. MtSF provides vital services to seafarers around the world, helping with matters large and small, and their annual art prize is an important fundraiser. We couldn’t be more happy to assist the organisation by welcoming artists from the art prize onto Bluethumb and providing an easy online platform to sell works from the exhibition. The works on show at the Mission to Seafarers Art Prize were diverse and consistently high quality.

While we might consider art to be one of life’s greatest pleasures, a good cup of tea follows closely behind. We recently had the opportunity to work with boutique Australian tea company Madame Flavour, who selected a few stunning, local artworks for some of her newest blends inspired by places around Australia. Find yours in the supermarket today!

Three of the four packaging designs from our collaboration. Can you guess which artists Madame Flavour chose?

Finally, a huge project to round out an enormous year! Bluethumb Photography is a whole new online gallery, dedicated to fine art photographic work. Of course, we’re expecting the site to change and grow, but we’ve already seen some incredible photographic artists jump onboard. In fact, we recently held an exhibition in our Collingwood studio space to celebrate the launch of the site. Keep an eye out for what happens next! The exhibition was held in our studio space in Collingwood.

A New Year’s Resolution for Artists