It’s not unusual to borrow from the past to fuel upcoming trends and styles. Did anyone really think shoulder pads would be making a comeback past the 80s? Or that black and white film once again would be Oscar-winning? The art world moves in similar widening circles – often coming back to the influential art movements that came before.

This week, we’re looking at 10 of the most influential art movements – their roots, their popularity and the legacy they have left in today’s art scene.

The rise of fascism in 1930s Europe and the resulting war had brought a wave of immigrant artists over to the United States. These artists brought with them ideas and practices of European Modernism, and actively rejected figuration in favour of abstraction. The European influence of Cubism and the psychological foundations of Surrealism heavily galvanised this movement; the Abstract Expressionists continued to explore the unconscious and gravitated towards the ideas of Swiss psychologist Carl Jung and his exploration of myths and archetypes. The Abstract Expressionists conveyed emotions and universal themes through their generally extra large-sized canvases, in a style which held a post-war mood of trauma and anxiety. 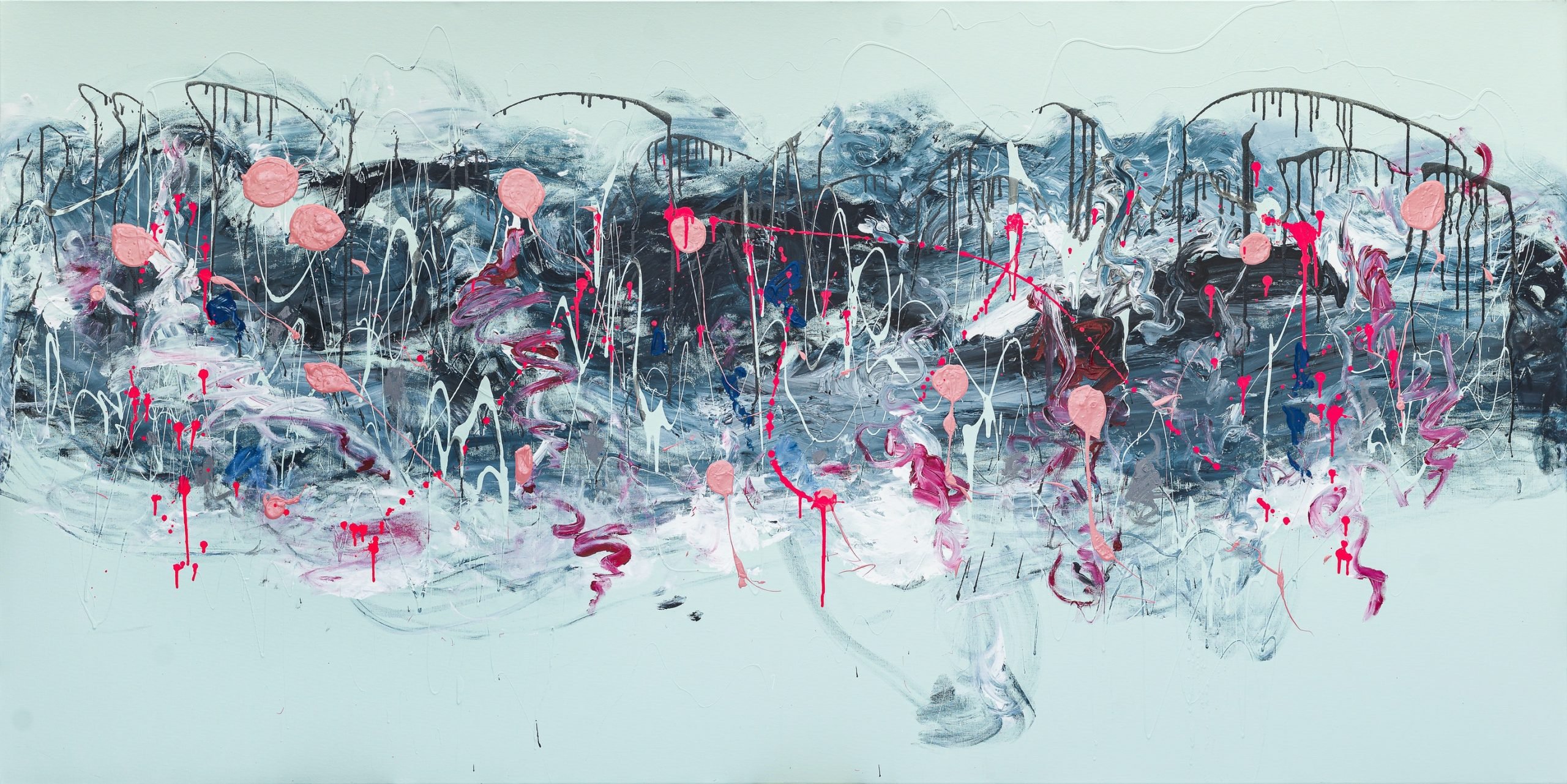 Late Nights And Disco by Annette Spinks is part of the series ‘All My Yesterdays’, in which the artist reveals her emotional response to formative times in her life.

As we move further into the 21st Century, there’s been a noticeable increase in female Abstract Expressionist artists taking the reins within the traditionally male-dominated field. Among a large number of artists who demonstrate the techniques within the influential art movement, Bluethumb artist Estelle Asmodelle is celebrated for her immense abstract pieces that evoke a deeper, more personal sentiment to a viewer.

Cubism was a dominating force on cultural trends during the 20th century. As the foundation for many later abstract styles, the process of Cubism involves an analysis of the artist’s subject and a breakdown of the composition. This breakdown is then reassembled through abstraction. The approach to painting was a means of re-energising Western art, turning away from its otherwise tired traditions of perspective. 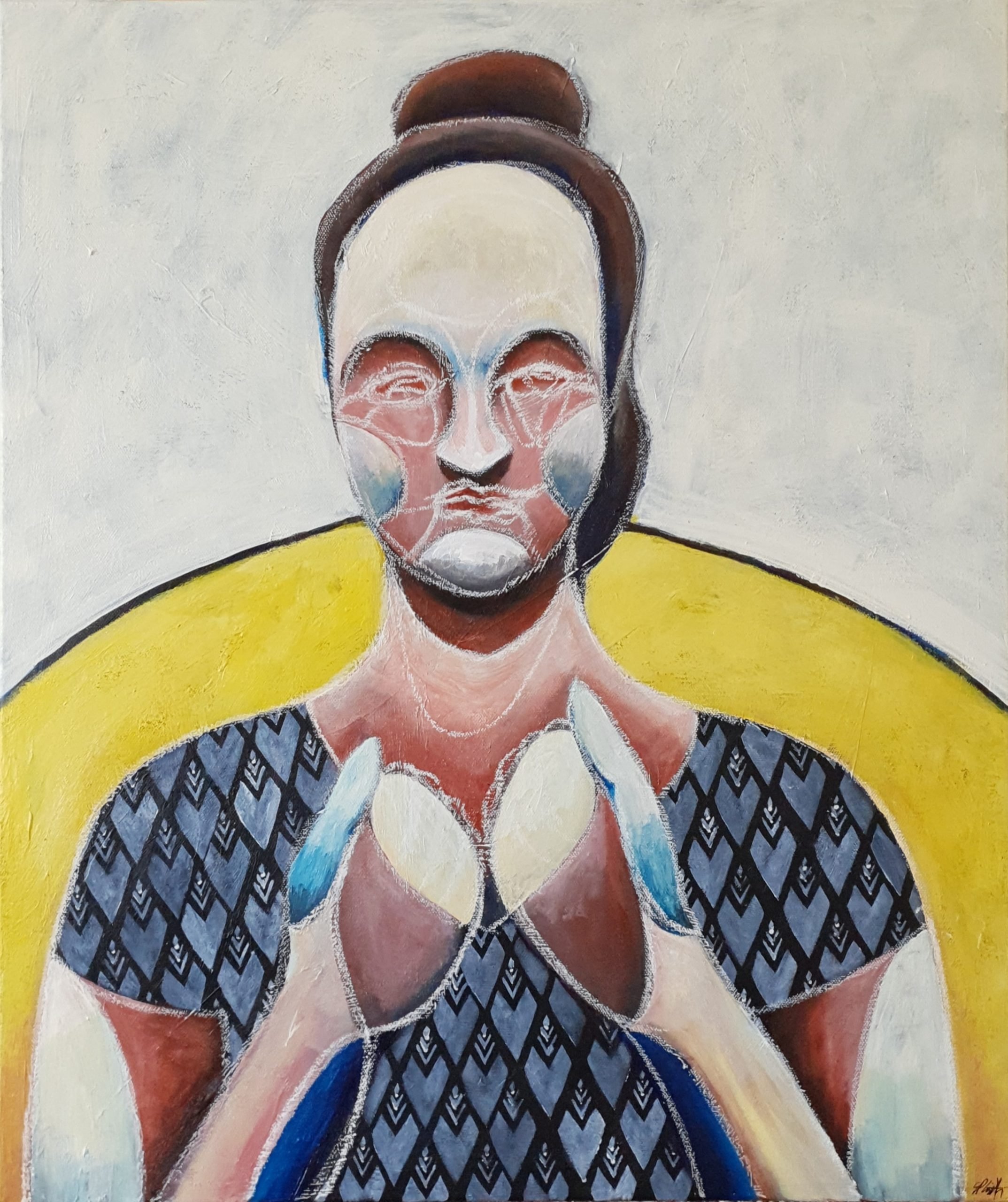 Bluethumb artist Sam Patterson-Smith depicts his partner in the artwork Stress & Contact Reduction through a lens of Cubism, fragmenting the figurative to better portray an observation of human behaviour.

The founding fathers of Cubism are Pablo Picasso were Georges Braque, who were the first to present Cubism as a new way of representing reality. In turn, they revolutionised still life, landscape, and portraiture. New composition came to the fore in design, as it started to push geometry and illustration into more contemporary forms of expression.

Dada was an art movement formed during the First World War in Zurich, Switzerland, in negative reaction to the horrors and folly of World War I. Influenced by other avant-garde movements, such as Cubism, Futurism, Constructivism, and Expressionism, its harvest was wildly diverse. The art, poetry and performance produced as an output by Dada artists is often satirical and nonsensical, its aesthetic marked by its mockery of materialistic and nationalistic attitudes. It became a powerful influential art form in many cities, including Berlin, Paris, New York, and Cologne, all of which adopted Dadaism into its own fold. Named after a folk song from 1962, Ticky Tacky Little Boxes by Kelly Sullivan is a political satire about the development of suburbia and associated conformist middle-class attitudes. Collaged Barbie and Ken dolls are the subjects in different housing situations. Rather than the idolised perfect characters they are known as, here they show the various gamuts of real life suburbia.

With the establishment of Surrealism, the Dada movement dissipated in its outright form, but its ideas gave rise to various categories of modern and contemporary art we see and experience nowadays.

Fauvism (“wild beasts”)  was the first 20th-century movement in modern art, and was initially inspired by the examples of Vincent van Gogh, Paul Gauguin, Georges Seurat, and Paul Cézanne. It lasted over a five year timespan – making it a short-lived movement. However, if we look at the movements and events that followed, we could say that Fauvism was a catalyst of abstraction, as Matisse and other Fauvists began to reject three-dimensional shapes and turn towards simplified, flat forms. Similarly, the intense colours and impulsive brushwork are parallel to the features of Expressionism. D.M. Ross utilises Fauvist techniques throughout his work, as can be seen in this piece, Houses.

Matisse kept an unwavering love of colour and form through the evolution of his artistic style towards his last days as an artist. Today, many artists employ the techniques of Fauvism in their own work. In doing so, a piece becomes more distinct; it becomes easier to digest. Click here to find more artworks inspired by Fauvism in a recent curation celebrating the movement.

Although critics initially dismissed Impressionism back in the nineteenth century, it has since gained popularity as a powerful and influential style of art. From its birthplace in France, Impressionism is based on the practice of painting spontaneously ‘on the spot’ and often outdoors rather than in a studio from sketches. Main impressionist subjects were landscapes and scenes of everyday life. Today, Impressionism is largely characterised by a painting’s small yet visible brush strokes, its emphasis on accurate depiction of light in its changing qualities, and similarly the feeling of movement – as if we are experiencing the piece in fleeting time.

Seasons Drifting By by Jan Matson was created entirely with a palette knife using soft and soothing pastel colours.

Since its birth, Impressionism has held a strong significance as a model for freedom and subjectivity that supported artistic freedom, which many artists in the past aspired to. By refusing to use classical subjects, the Impressionists adopted a transient notion of modernity and represented their world through art in the way they chose.

Minimalism thrives in the belief that through simplicity, a pure form of beauty is achievable. Artists that adhere to Minimalist art general take the credence that the movement represents harmonious qualities, such as truth and order. No attempt is made to represent an outside reality; instead, the artist aims for the viewer to respond only to what is in front of them. Frank Stella, a Minimalist painter, famously said about his paintings ‘What you see is what you see’. 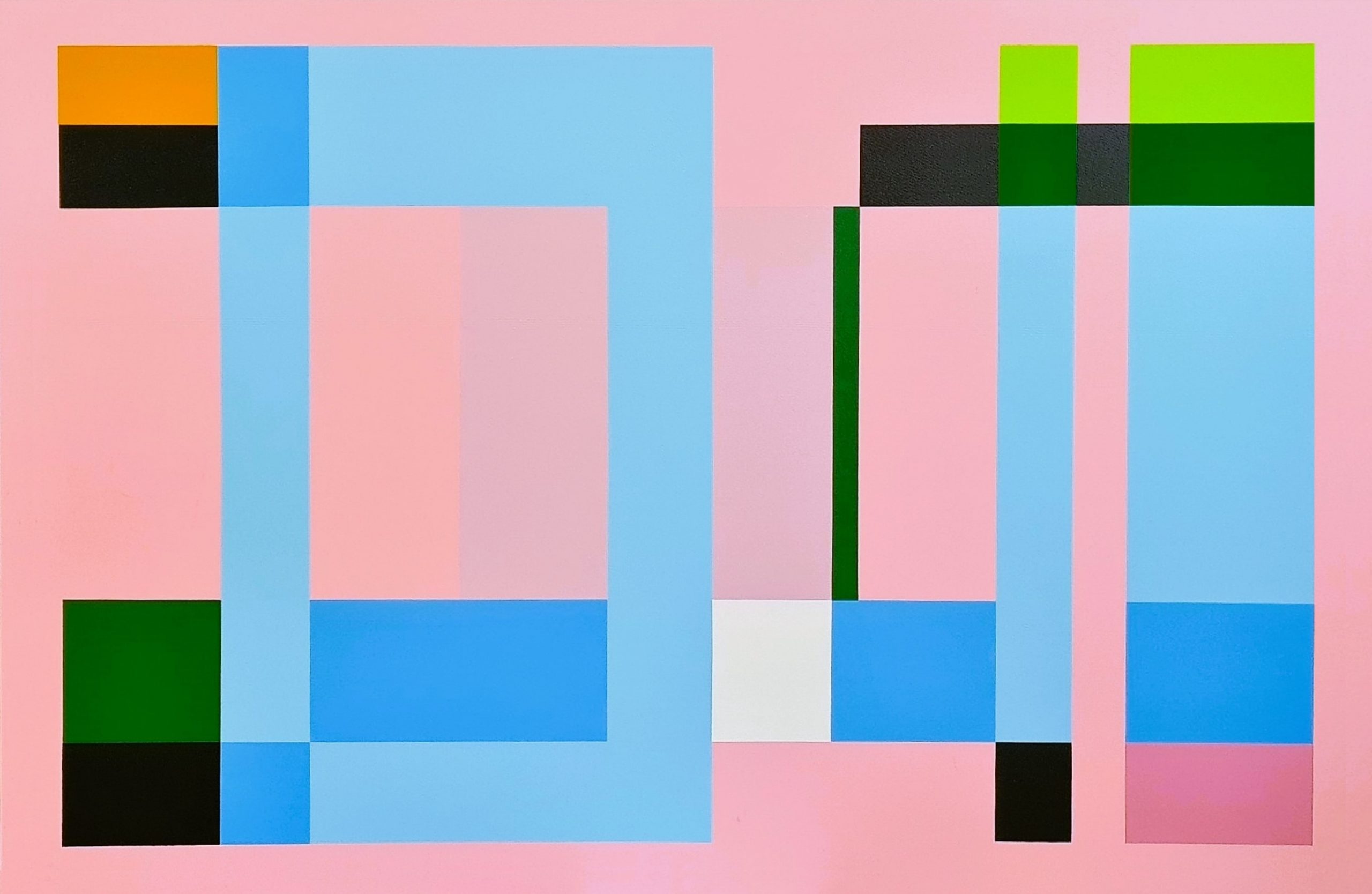 The effect Minimalist art has had on other counterparts of life is undeniable – many of us strive to implement a degree of Minimalism within our homes, our fashion taste, or workspace environment. Within the art world, it continues to ripple through and blend with other art styles to create thought-provoking work.

The revolutionary painting technique Pointillism was pioneered by Georges Seurat and Paul Signac around the mid-1880s in Paris. In search of a somewhat scientific approach to art, it declined the movement-of-the-moment Impressionism, which was based on the subjectivity of individual artists. Alongside Seurat and Signac, other well-known artists who briefly made works in Pointillist style were van Gogh, Picasso and Kandinsky – though much earlier in their careers. An interesting part played in Pointillism’s story was a chemist employed by a Parisian tapestry that was looking to improve the strength of its colours. The chemist discovered that the issue wasn’t the dyes being used but the way different hues were being combined. This portrait of Marieka Hambledon’s best friend Jay is painted in a myriad of colours, shades and tones to reflect his creativity. The artwork entitled The Dancing Mind employs colours that through a pointillist technique, almost sparkle.

Informally known stippling art or dot art, Pointillism has influenced many artists since its formation. Its impact has worked its way across a variety of mediums; today we see its remnants in modern art, fashion, and tattoos. Pointillism remains an important movement as with its meticulous technique, optic measures and pure use of colour, it shows us how science changed and could intercept with art.

Born in the 1950s, the pop art movement borrows symbols and imagery from mass media and popular culture. Through this influential art movement, the gap between “high” art and “low” culture. The idea that drives Pop Art at its core is that there is no hierarchy of culture and that art may borrow from any source.

While it might be some time before we can afford a Warhol original, Sydney-based artist Silvia Rubboli Golf still brings the Pop Art energy to her work! Featured: Icons

Pop artists appears to have embraced the post-World War II manufacturing and media boom. To this day, the influence of Pop Art goes beyond the art world by influencing the business world, and continues to transform the artistic value within our current culture whilst working with the reality of capitalism. Discover works inspired by popular culture in our Pop Art collection here.

The influence of Surrealism lends its styles, ideas & techniques to artists and can be felt in most art styles of today. Following the preceding influential art movements of Cubism and Dadaism, Surrealism taught the world to dive deep into the unconscious; to see art past what is merely visual and literal. Not only do artists on Bluethumb demonstrate the enviable ability to access the unreal; Surrealism shows its influence in ‘out of the box’ thinking, from the relatable daydream to the magical realism that took place in literature and art towards the later half of the 20th Century. Sun Keeper by Liza Merkalova was created as a visual illustration for the musical composition Resurgam by musician Charlie Rauh during the online Social Distancing Festival in March-April 2020.

The late nineteenth-century art movement of Symbolism prioritised the expression of an idea through symbols and emphasised the meaning behind the forms, lines, shapes and colours rather than literal interpretations. The long-lasting effect symbolism has had is evident everywhere – from trademarks and logos of brands, to the development within other art styles.

Want to learn more about influential art movements and art terminology? Check out our previous blog on Art Terminology 101 here.