Enter Australia’s largest and richest art prize with a total prize pool of $250,000

Celebrating a growing community of Australia’s strongest emerging and established artists, Bluethumb is proud to present its annual Bluethumb Art Prize for 2022. This year will mark the Bluethumb Art Prize as the largest and richest art prize in Australian history, with a total prize pool of $250,000. Free to enter and open to all

We invite Australian based artists to upload their best works only to Bluethumb for entry.

As always, Bluethumb’s Art Prize will be judged by extraordinary Australian artists. The 2022 Judging Panel is the who’s who of the Australian contemporary art world with Tamara Dean, Kathrin Longhurst, Loribelle Spirovski, Del Kathryn Barton and the reigning Archibald Prize winner, Blak Douglas.

Read more about how to enter the prize and the terms and conditions of entry. Submissions are open from June 16 - September 5 2022 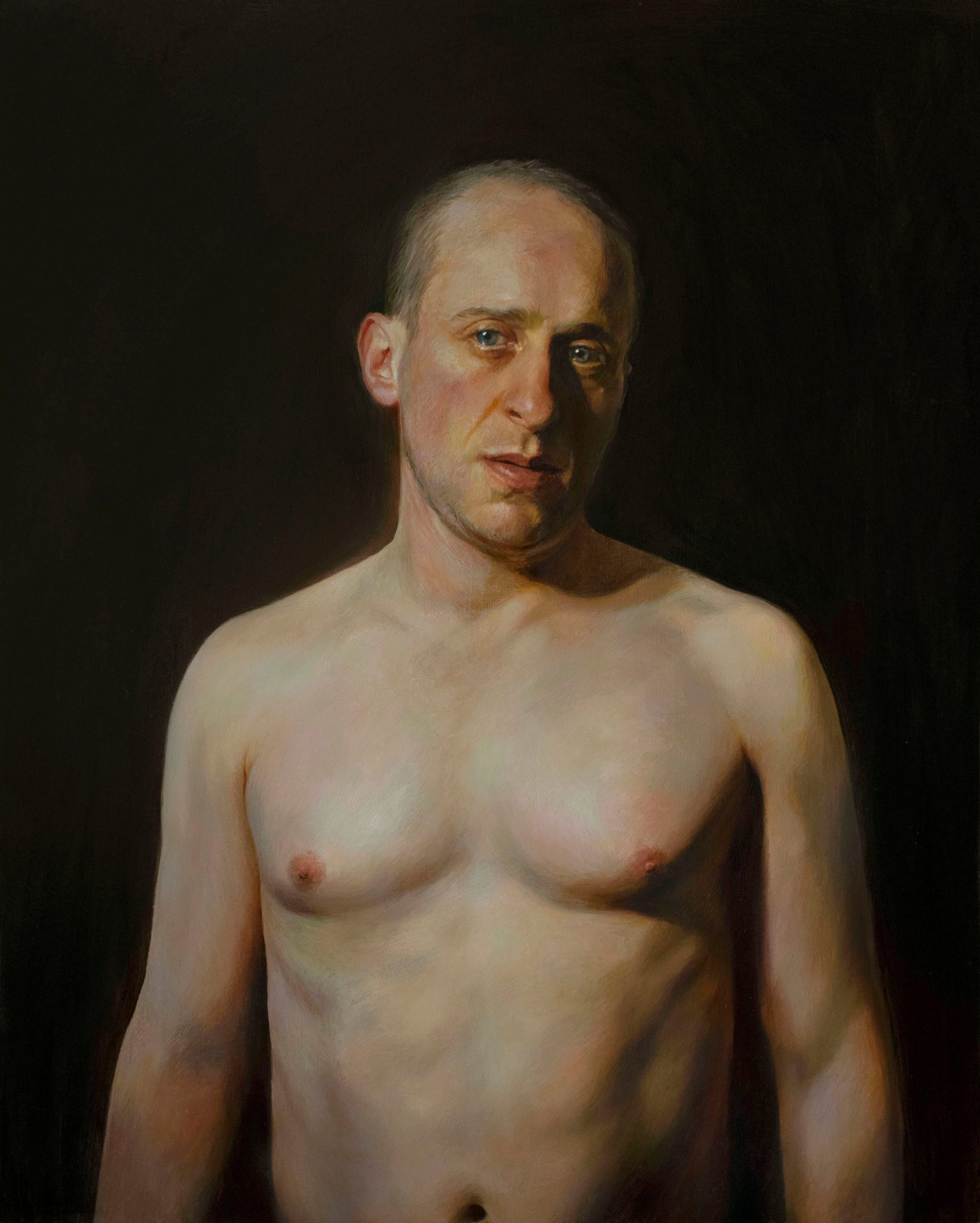 “Painted in the middle of lockdown, the subject of this portrait is my husband Simon, who was the only person I was able to interact with for many months. Added to our isolation, we were in the process of moving house and I found myself viewing him as a mirror of my own isolation. The title is taken from Avo Pärt's minimalist composition 'Spigel im Spiegel', which translates into 'mirror into mirror'. 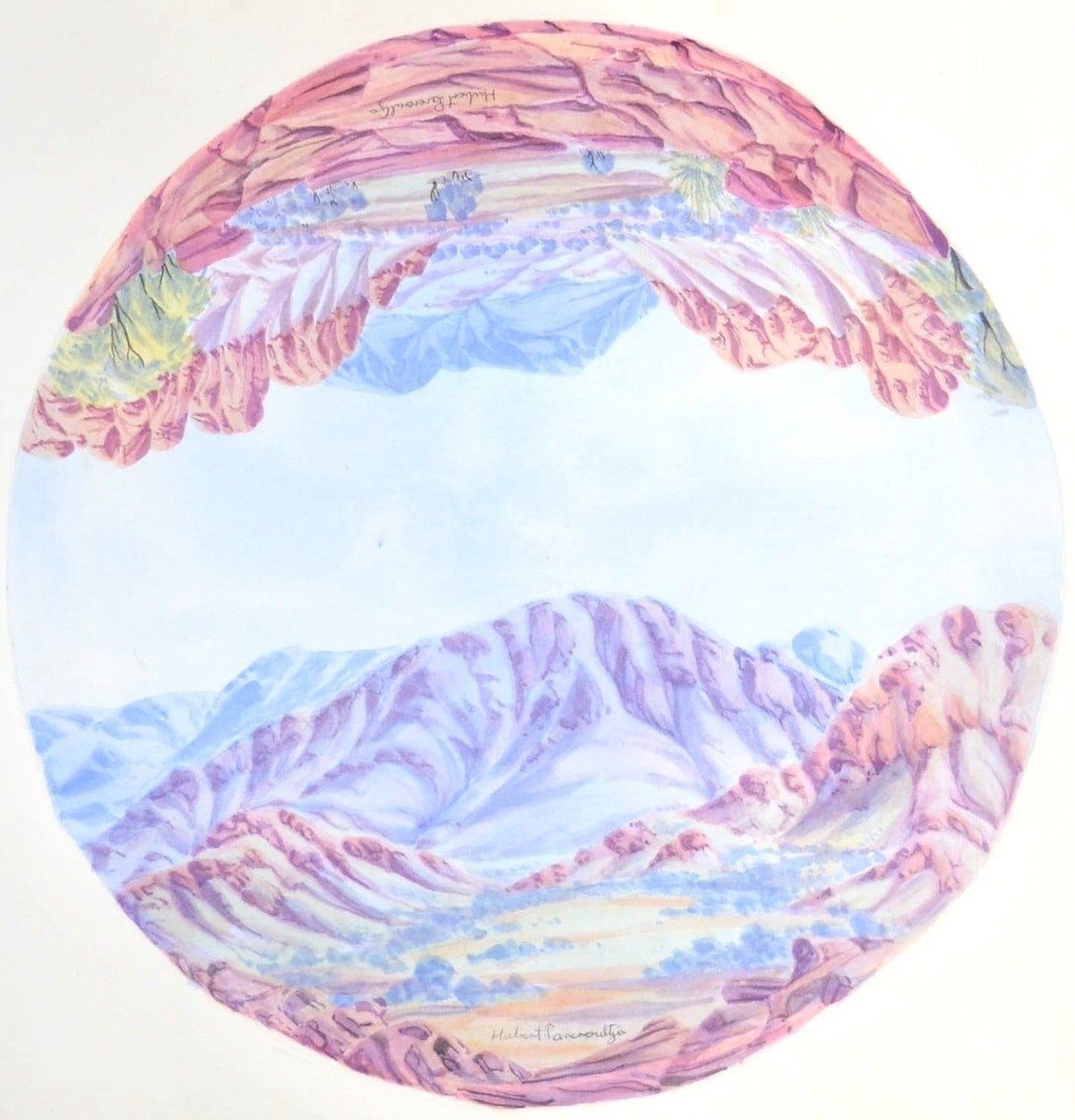 Hubert Pareroultja of Iltja Ntjarra (Many Hands) Art Centre, a senior Western Arrarnta-Luritja man continuing the watercolour art movement of the Hermannsburg School, was the overall winner of the Bluethumb Art Prize 2020 and winner of the Landscape Award.

“I feel his appreciation and comprehension of his own Motherland is something that no other artist can emulate,” Bluethumb Art Prize 2018 winner and 2020 judge Hyunji Kim commented on the winning landscape, Mt Giles, MacDonnell Ranges – Circular Landscape. “The mystic and subtle colour palette and the circle framing beautifully capture the ethereal spirit of the landscape.” 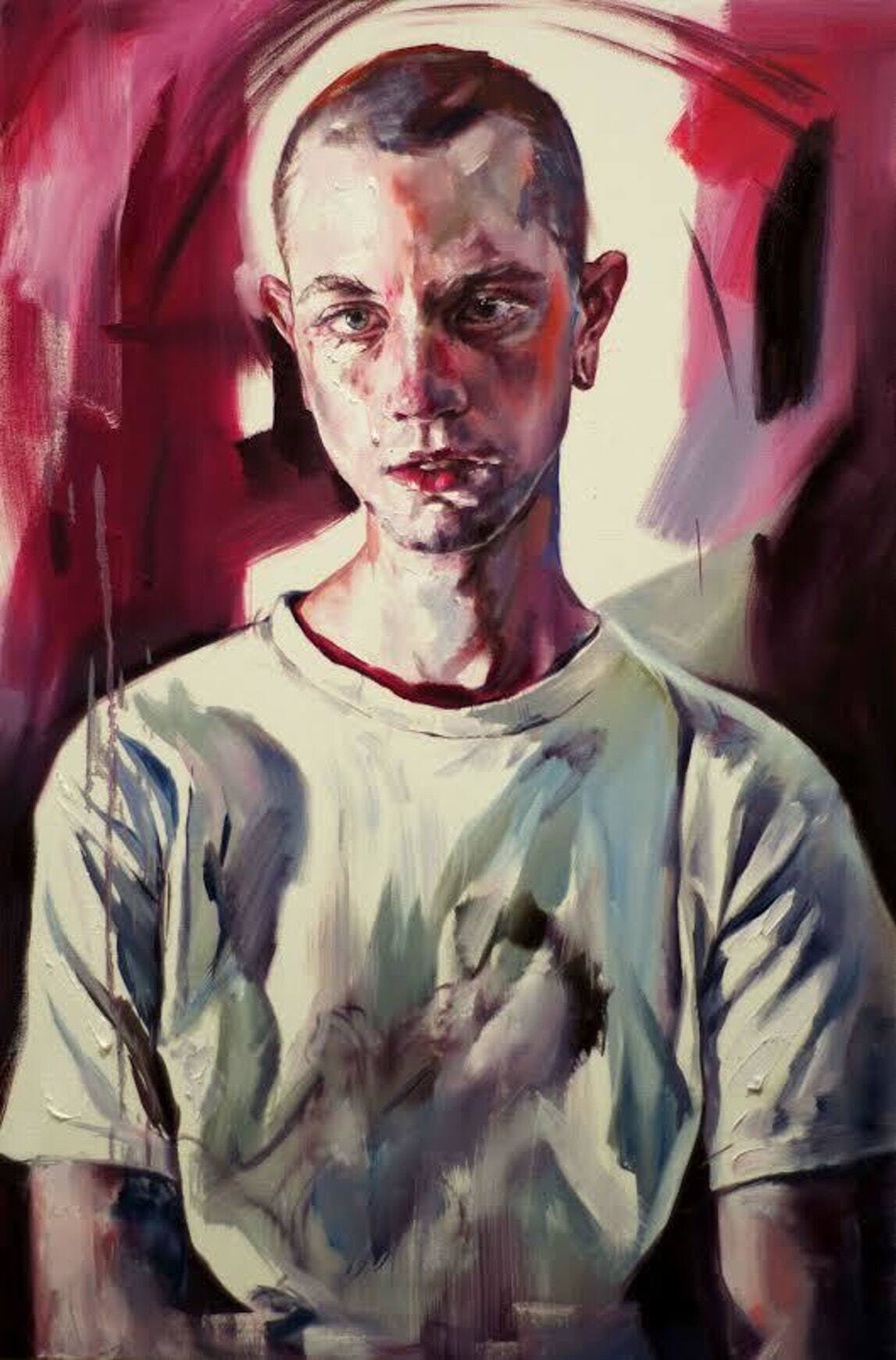 Hyunji Kim, an artist working predominantly with painting from South Korea, won the overall Bluethumb Art Prize 2018 and the Works on Canvas Award with her portrait Painless (Luke).

“A compelling portrait that kept drawing me back. It captured a vulnerability and resignation that strongly evokes the uncertainty of formative years and experiences,” art prize judge and CEO of Contemporary Arts Precinct, Marcus Westbury, commented on the winning work. 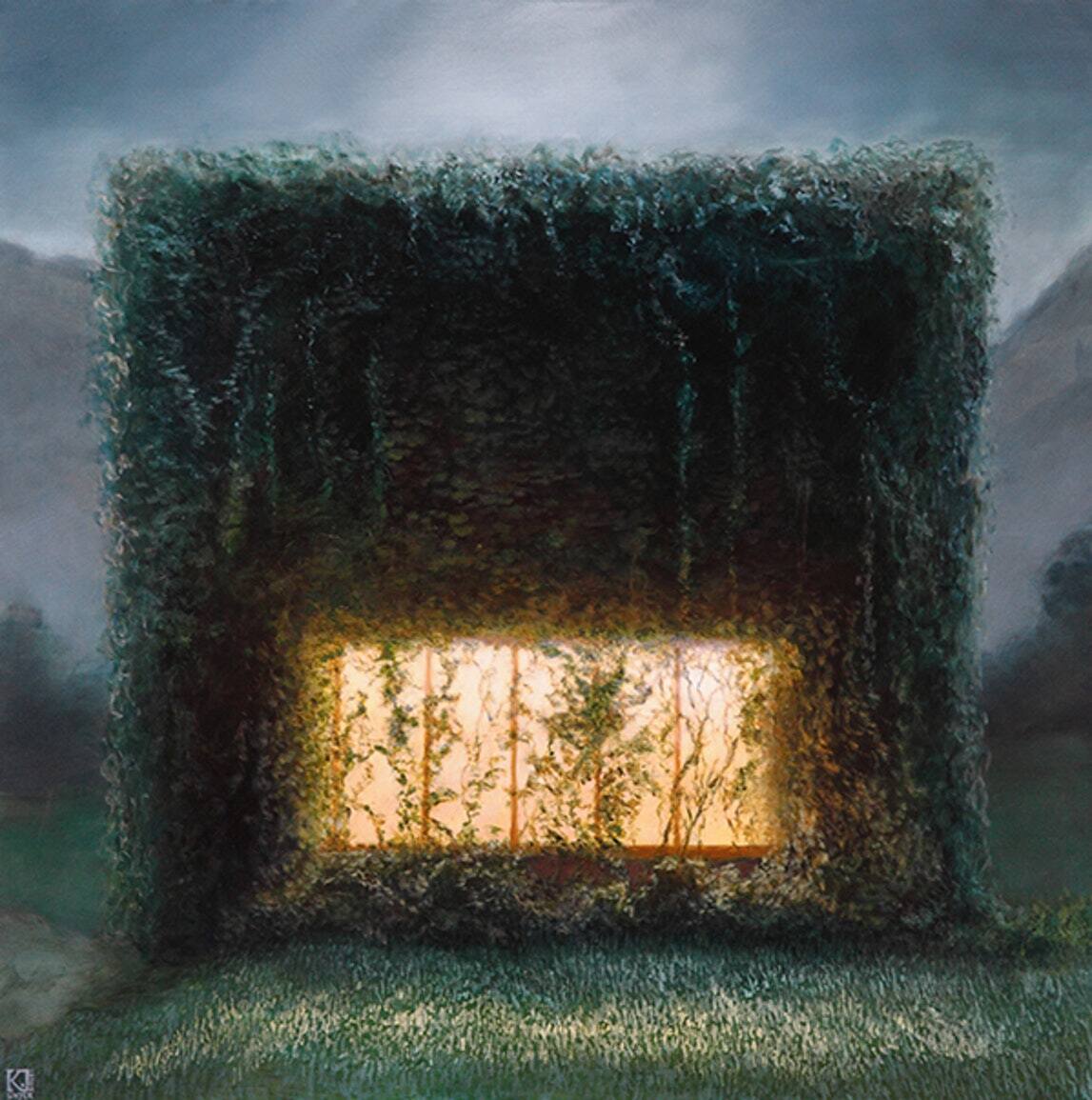 ​​Kirsten Sivyer, a figurative oil painter from Albany, was the winner of the inaugural Bluethumb Art Prize in 2017.

Art prize judge Penny Griggs, General Manager of the South Australian Living Artists Festival, felt that the best element of the winning work, Home Away from Home, is its “beautiful use of light”. “The mood and glow created in this painting stand out for me. I just kept being drawn back to it.”

Our Judging Panel consists of some of Australia’s most-renowned artists, including the 2022 Archibald Prize winner and our reigning Bluethumb Art Prize holder. This year’s panel is diverse and qualified and will not only pick great winners, but continue to bring our prize and our artists the national attention they deserve. The finalists will be shortlisted by the Bluethumb Selection Panel before being handed over to our esteemed panel of judges. 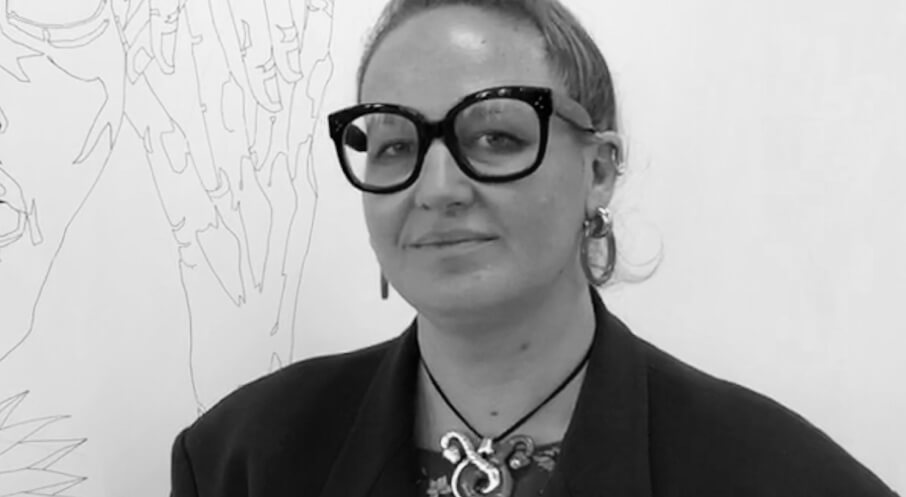 Two-time winner and three-time finalist of the Archibald Prize, Del Kathryn Barton is best known for her playful and often kaleidoscopic depictions of people and animals. 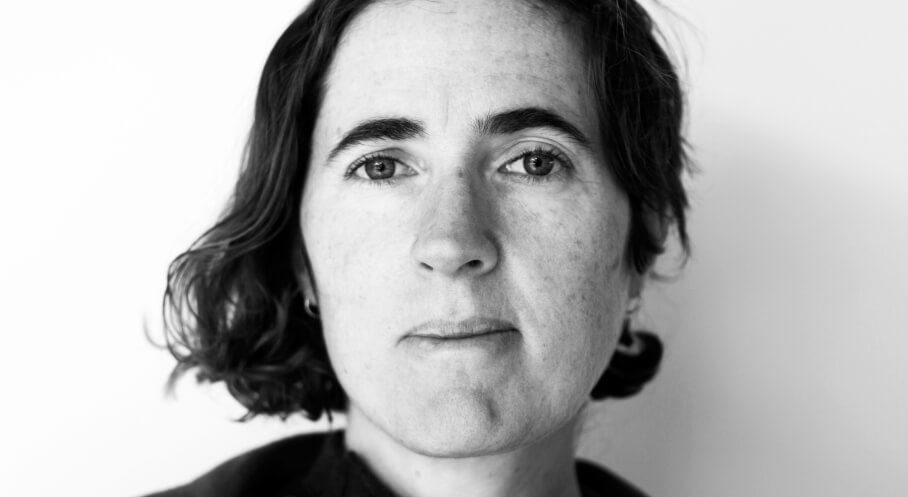 Critically acclaimed photo media and installation artist whose work explores the connection between nature and the moments of transition in our lives. 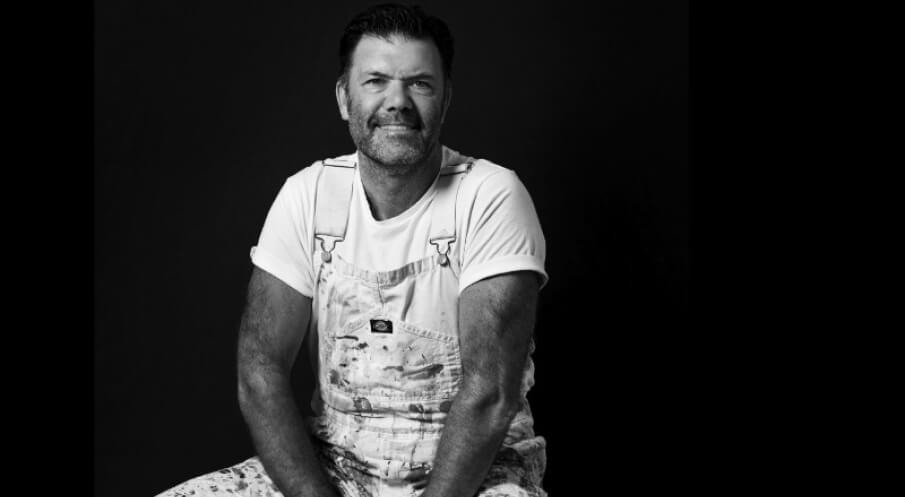 Winner of the 2022 Archibald Prize, with proud Dhungatti Aboriginal origins, Blak Douglas evokes the need for cultural and political change - but often with a sense of irony and hint of sarcasm. 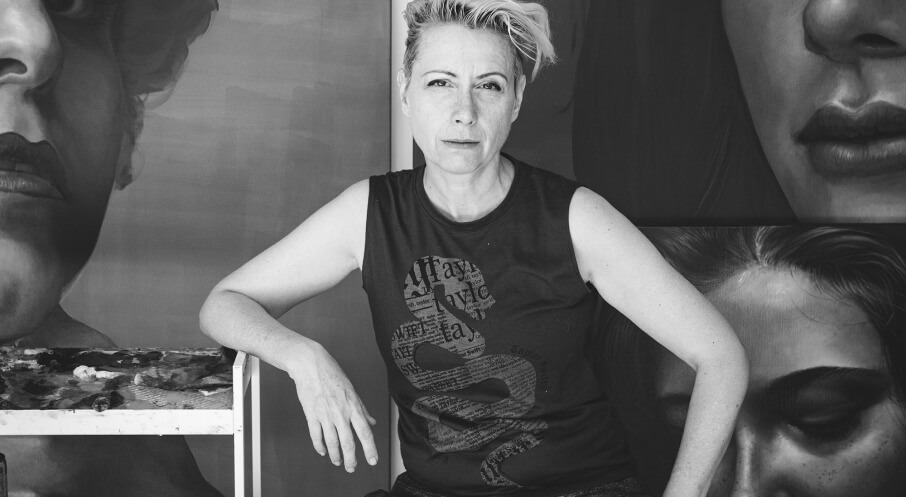 Packing Room Prize winner 2021 and Archibald finalist many times over, Kathrin Longhurst is a renowned contemporary figurative artist known for her arresting and provocative paintings. 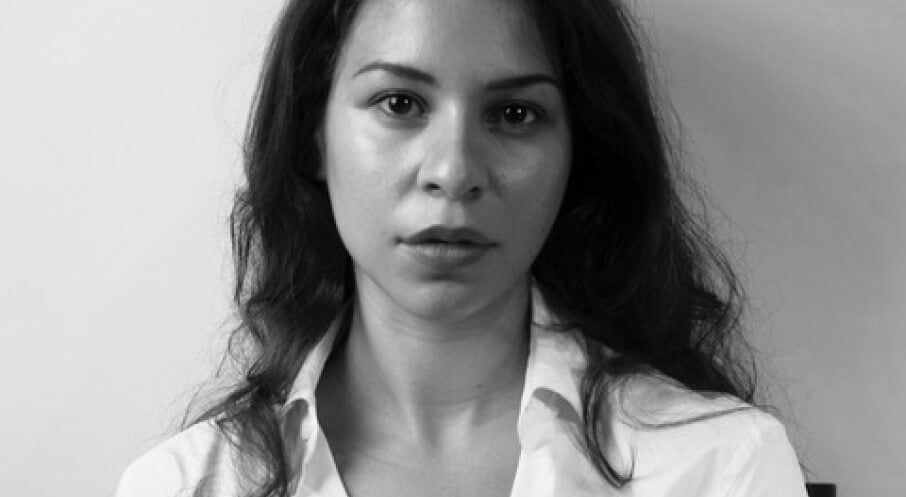 Winner of the 2021 Bluethumb Art Prize, Loribelle Spirovski returns this year as one of our esteemed judges. Her work spans numerous styles including traditional portraiture and surrealism. 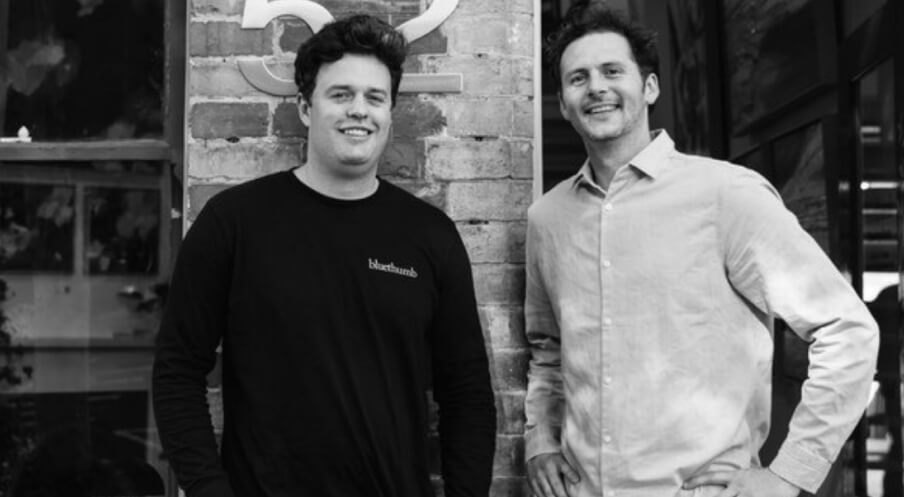 The Founders’ Award is judged by Bluethumb co-founders and brothers Edward and George Hartley.

To mark this momentous milestone, we’re making the 2022 prize bigger and better than ever before. The Bluethumb Art Prize will be the largest and richest art prize in Australian history, with a total prize pool of $250,000. We’re excited to be back hosting the awards ceremony in person again this year, which will take place at our new flagship gallery in Richmond, Melbourne on Thursday 27 October 2022.

Enter Now
Overall Winners
The finalist artwork with the highest overall score from our expert Judging Panel will win the top cash prize of $150,000. This will be the Bluethumb Art Prize 2022, Overall Winner.

The category awards and respective cash prizes are as follows:

Special Awards
In addition to the Overall Winner and Category Award winners, there are two Special Awards as follows:

After its successful launch last year, The Founders’ Award will return again in 2022. This award is judged by Bluethumb co-founders and brothers Edward and George Hartley, and is for large statement pieces (at least 1.5m on one side) as this is the most popular and in-demand artwork on Bluethumb.

The winner of the Founders’ Award will receive a $10,000 cash prize.

For the People's Choice Award, the public (excluding Bluethumb employees and their families) can vote for their 5 (five) favourite artworks from Thursday 29 September until Wednesday 9 November 2022 and will go in the running to win a ‘favourited’ artwork valued up to $2,000. The winner will be picked at random and informed accordingly.

All But Lost on the Highlands

A Lifetime of Barracking

Flowers near a look-out window

White Has All the Possibilities - Frutteto Roses

UPON A SUMMER WIND

If I Just Lay Here

You're The Key To My Peace Of Mind

Monochrome with Tan Boots Ed. 1 of 25